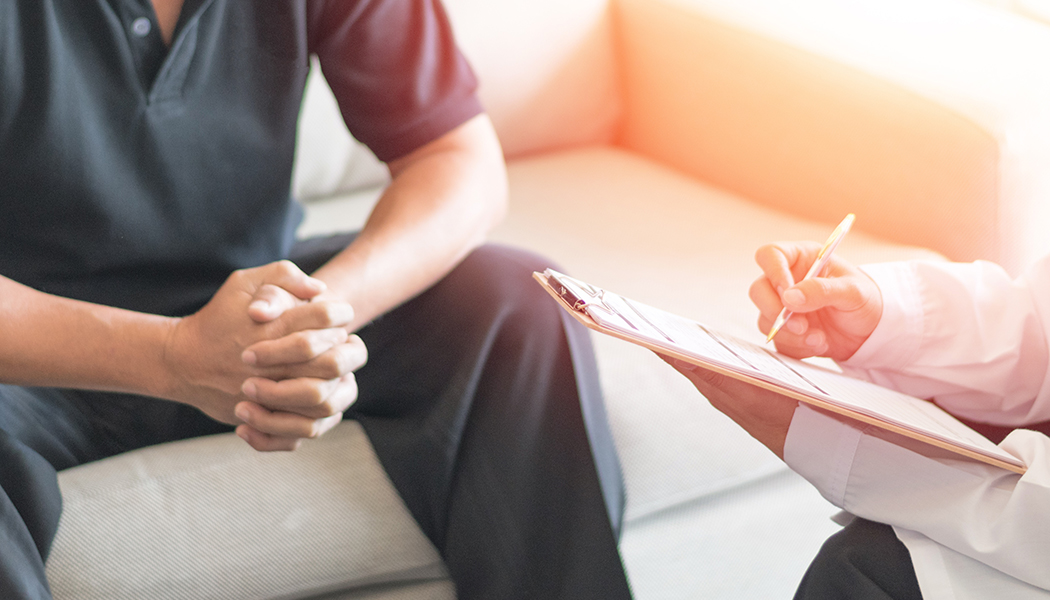 “Even in the face of better, more accessible detection and prevention programs, we need men to recognize and adopt healthier lifestyles,” said President Bill Clinton when he proclaimed Men’s Health Week over 20 years ago. “No health care policy can replace the benefits that American men would reap from this change.”

But men’s health is tricky. From a very early age, men are conditioned to “man up” and “stick it out” in any number of situations, health-related and otherwise. The aches and pains and lumps and bumps that may actually be the first signs of a medical emergency are often ignored or regarded as something to soldier through. Because it will all go away eventually, right?

“Since childhood, boys have been told ‘big boys don’t cry,’ so men tend to put feelings aside and not express themselves,” says advocate Ana Fadich. “That can lead to several health problems.”

However, as vice president of the Men’s Health Network, Fadich goes well beyond simple advocacy. June is Men’s Health Month, and Men’s Health Week runs from the 11th until Father’s Day on the 17th. For Fadich and her staff, it’s crunch-time. From Twitter chats to sports events, Fadich aims to inform men in all the places where they “live, work, play, and pray” that they are not invulnerable, and that for the sake of their families, for whom men often are the prime income-earner, to take the initiative to maintain their own good health. This includes a screen for a number of cancers, some of which men might not even know about and others that are uncomfortable for men to even think about.

“It is very important for men to do their own self-exams,” says Fadich. “With testicular cancer, you do it in the shower. Feel around and test if there are any lumps, and if there are, go to your doctor and talk about it. Young boys don’t even know the difference between testicles, and say, the prostate. They know the names, and I think it’s great in media you are able to hear about the different ways people address them. But we need more men that are out there to talk about these health issues and get guys to actually do these tests themselves.

“We were seeing that there were a lot of women’s health movements, a lot of programs geared toward women getting their mammograms, making sure they were getting proper nutrition, getting pap smears,” she continues. “And men just didn’t seem to have that, and men were perfectly fine with it because it meant they didn’t have to go to the doctor.”

But men do have to go to the doctor. It was because of that urgency that Men’s Health Week was established in 1994. Far from being restricted to just cancer, it is a time when all the medical conditions affecting men should be on the table and up for discussion, however uncomfortable the discussion may be.

Your ticket for the: Man Up: June Is Men’s Health Month