In addition to specific projects listed below, genomics research is helping us attack testicular cancer – and all types of cancer. NFCR has distinguished itself from other organizations by emphasizing long-term, transformative research and working to move people toward cancer genomics.

Cytokine IL/24 is an immune modulator gene discovered by Dr. Paul Fisher. IL/24 destroys primary and metastatic tumor cells throughout the body of most types of cancer but is non-toxic to healthy cells. His research has shown that testicular cancer is sensitive to IL/14 treatment.  IL/24 activates our immune system, inhibits new blood vessel formation to starve tumors of blood and nutrients, and sensitizes tumor cells to radiation, chemotherapy and immunotherapy. Dr. Fisher is developing different approaches for IL/24 gene therapy including a theranostic approach (detection combined with treatment and monitoring) and an adoptive cell therapy that supercharges patient’s immune T cells with IL/24 gene.

Dr. Fisher and Dr. Web Cavenee are translating IL/24 gene therapy so it may reach a Phase I clinical trial and treat patients with the aggressive brain cancer, GBM. They hope to advance the IL/24 treatment for other cancers so many patients can benefit from this powerful gene therapy.

Harold F. Dvorak, M.D., discovered that tumor cells secrete a vascular endothelial growth factor (VEGF) and this seminal discovery provided the molecular basis for the field of angiogenesis (meaning “blood vessel formation”). Angiogenesis makes it possible for tumors to grow and spread, and Dr. Dvorak’s discovery helped pave the way for research on anti-angiogenesis treatments that can halt and even reverse tumor growth.

In 2004, the first VEGF-targeting anti-angiogenic drug Avastin® (Bevacizumab), was approved by the FDA for the treatment of colorectal cancer, and, today, in addition to colorectal cancer, Avastin is approved for the treatment of non-small cell lung cancer, renal cell carcinoma, the aggressive brain cancer glioblastoma multiforme (GBM) and certain types of cervical and ovarian cancers. 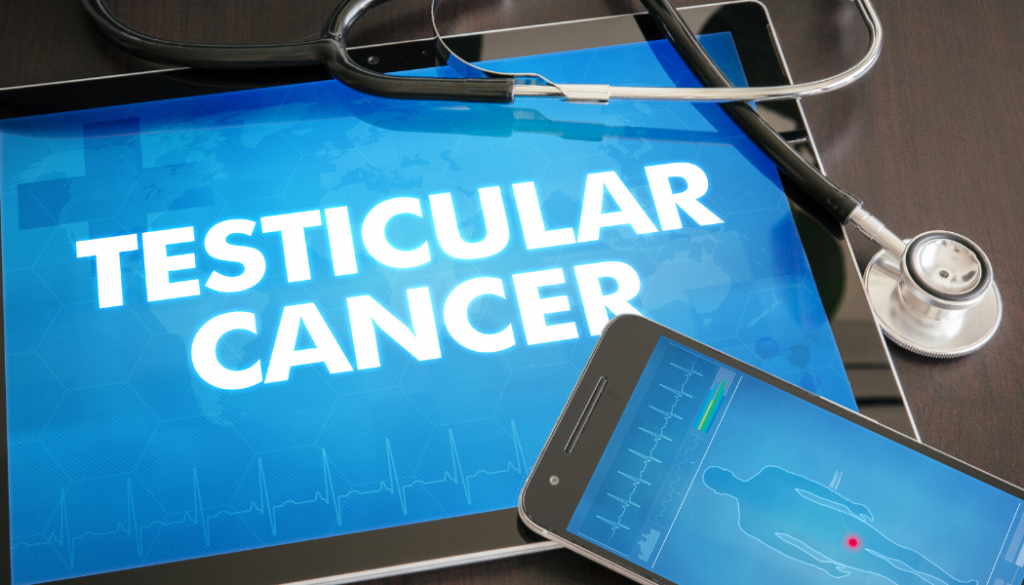 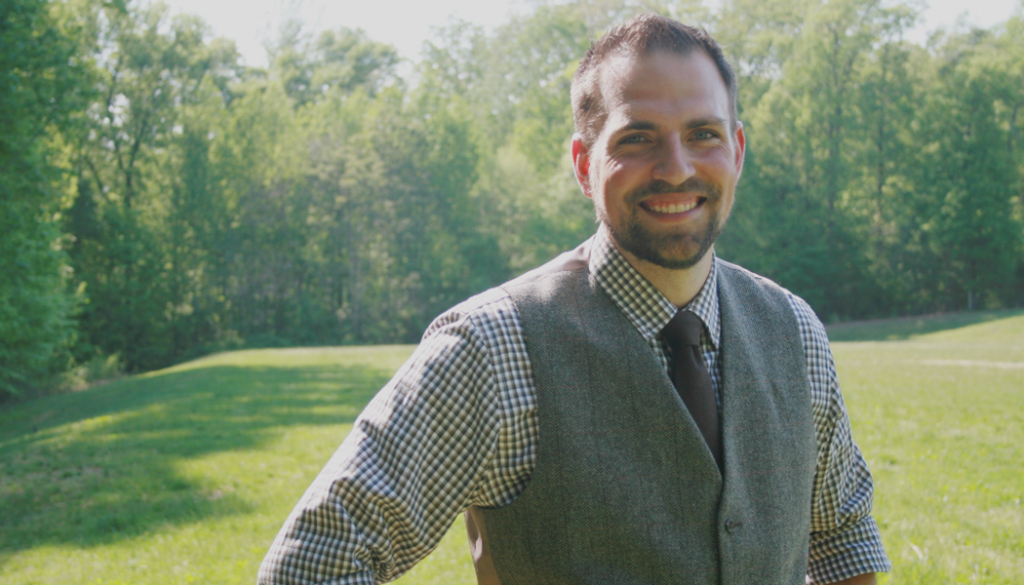 The phrase “man up” has long been associated with societal expectations for men to appear strong and stoic, and to hide emotions like fear and discomfort. It implies that to be a man, one must constantly be in control, and asking for help or discussing health issues is frowned upon. Digging deeper into the issue, data suggests this outdated sense of manhood could be causing actual harm to men across America. According to the Cleveland Clinic, 61% of men only seek medical consultancy when symptoms become unbearable. In many cases, procrastinating medical intervention can be especially detrimental to health. Going against this alarming trend, cancer survivor and men’s health advocate Justin Birckbichler educated himself and took the proper steps toward a healthy life. In the start of 2016, Justin was an average 25-year-old. He had proposed to his girlfriend, began planning a wedding, adopted a puppy, and was teaching fourth grade. He and his fiancée moved to a new city in Virginia. With no major health concerns, Justin was living his best life. However, on an otherwise uneventful morning in October, his life changed when he discovered a small tumor on his testicle.  Unlike the majority of American men, Justin performed routine self-exams on his testicles. At his age, it seemed more like a mindless habit than a life-saving routine. Most men aren’t diagnosed with testicular cancer until their mid-thirties, but Justin made the self-exam part of his routine thanks to insistence from his primary care physician. Upon feeling an unusual pea-sized lump in his left testicle, he sought immediate consultation. “I had just relocated, and I didn’t have a doctor at the time. This was the first time I met this doctor and had to ask her what is considered to be a very intimate thing right away,” Justin explained. “The doctor said it could be an infection, it could just be a cyst, but there is a possibility that it might be cancer.” After being referred to have an ultrasound, the technician suggested Justin contact his doctor. Anticipating a diagnosis and bad news, Justin spoke with his doctor a second time. The doctor explained that the mass was neither an infection nor a cyst, but they would need to consult a urologist before they knew more. “I got to the urologist assuming I would get kicked to another doctor, so I sat down and shook his hand and he did the exam,” Justin began. “He said based on what he just felt and looking at the results, I had testicular cancer.’                     A cancer diagnosis can be life shattering, yet Justin felt a surprising sense of relief. After nearly twenty days of appointments and unanswered questions, he finally had a concrete answer. The wave of relief quickly subsided when the doctor said the next step was to remove the testicle. “The doctor kept telling me this was a very treatable cancer, especially in this early stage,” Justin continued. “There wasn’t going to be any biological effect, but I was still really upset. I didn’t want to feel like less of […] 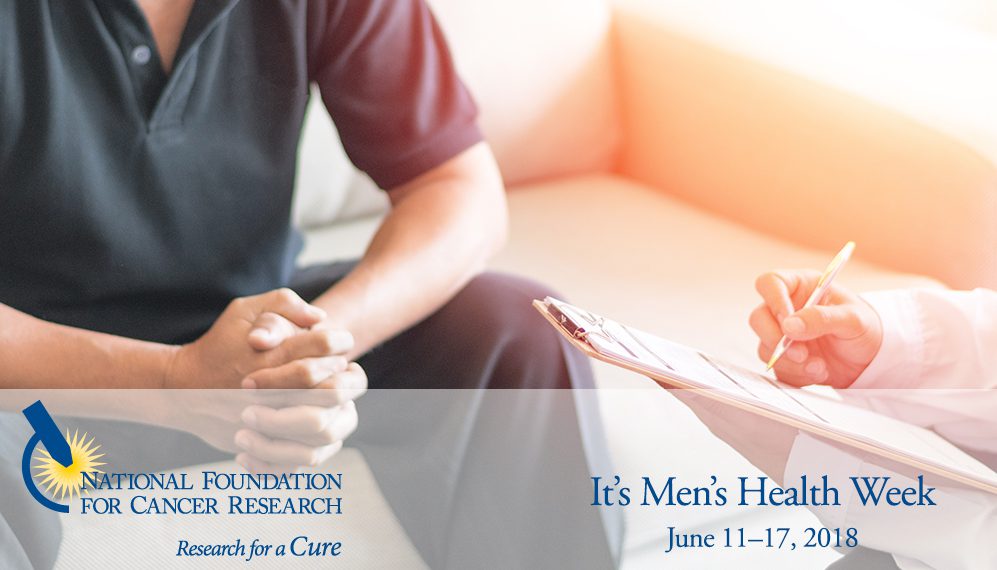 “Even in the face of better, more accessible detection and prevention programs, we need men to recognize and adopt healthier lifestyles,” said President Bill Clinton when he proclaimed Men’s Health Week over 20 years ago. “No health care policy can replace the benefits that American men would reap from this change.” But men’s health is tricky. From a very early age, men are conditioned to “man up” and “stick it out” in any number of situations, health-related and otherwise. The aches and pains and lumps and bumps that may actually be the first signs of a medical emergency are often ignored or regarded as something to soldier through. Because it will all go away eventually, right? “Since childhood, boys have been told ‘big boys don’t cry,’ so men tend to put feelings aside and not express themselves,” says advocate Ana Fadich. “That can lead to several health problems.” However, as vice president of the Men’s Health Network, Fadich goes well beyond simple advocacy. June is Men’s Health Month, and Men’s Health Week runs from the 11th until Father’s Day on the 17th. For Fadich and her staff, it’s crunch-time. From Twitter chats to sports events, Fadich aims to inform men in all the places where they “live, work, play, and pray” that they are not invulnerable, and that for the sake of their families, for whom men often are the prime income-earner, to take the initiative to maintain their own good health. This includes a screen for a number of cancers, some of which men might not even know about and others that are uncomfortable for men to even think about. Testicular cancer, for instance, is a young man’s disease, striking as early as 15. Skin cancer is a particular concern because men tend to equate sunscreen with frou-frou beauty products and so forgo it all together. While leaps and bounds have been made with prostate cancer awareness, the prospect of a rectal exam still keeps many men away from the doctor’s office (a simple blood test is all it takes for a correct diagnosis). That discomfiture carries over to colorectal cancer; the thought of a colonoscopy can be simply too much to bear, even if the necessity is acknowledged. The irony is that all these cancers have several obvious symptoms in their early stages when they are most easily and successfully treated, but are either not recognized or not diagnosed in time. “It is very important for men to do their own self-exams,” says Fadich. “With testicular cancer, you do it in the shower. Feel around and test if there are any lumps, and if there are, go to your doctor and talk about it. Young boys don’t even know the difference between testicles, and say, the prostate. They know the names, and I think it’s great in media you are able to hear about the different ways people address them. But we need more men that are out there to talk about these health issues and get guys to actually do these tests themselves. “We were seeing that there were a lot of women’s health movements, a lot […]

Your ticket for the: Testicular Cancer