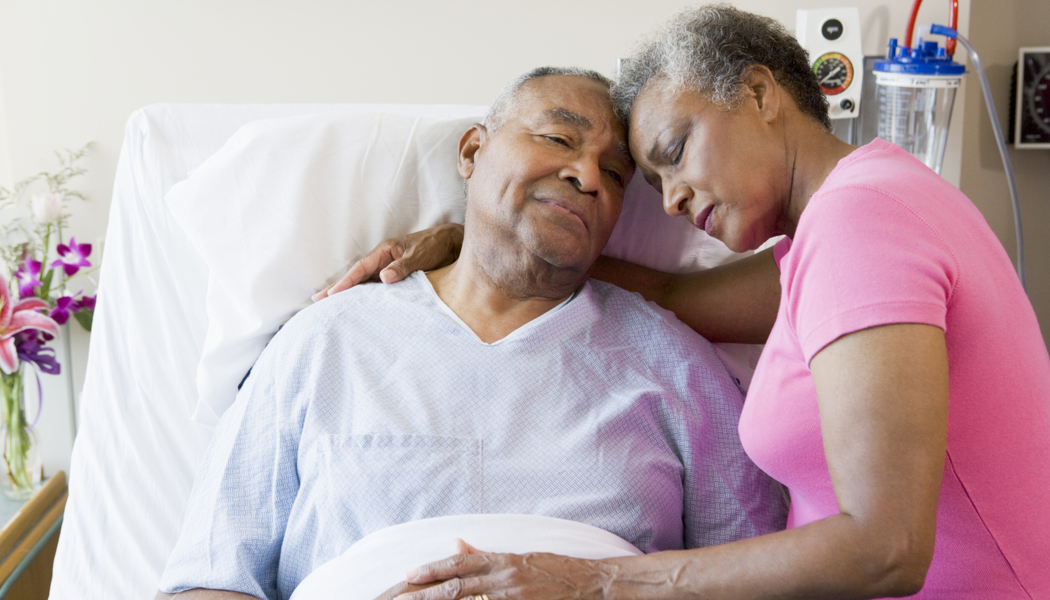 Cancer affects all population groups in the United States. But cancer health disparities are seen when cancer incidence, mortality and survivorship are compared between different racial groups. Certain groups are hit by cancer disproportionately harder than others. For example:

Factors contributing to the cancer health disparities must be identified in order to address them. Some of the factors, including poverty, lack of access to quality care, socioeconomic status, culture, diet and environment, have already been identified. But the roles played by genetics and biology in cancer health disparities are still not clearly revealed for the African-American population because research funding and efforts in that field are critically insufficient.

In past years and at accelerated speed, cancer care is moving into a new era of precision medicine, a stage where treatment decisions will be made on cancer patients’ genetic profile and individually identified cancer targets. However, if the situation of lack of funding and efforts for genetics and biology research in the African-American population remains, the already existing disparity in cancer health won’t be reduced.

As a research-focused non-profit organization, the National Foundation for Cancer Research (NFCR) has made its own contributions to address the issue of racial or ethnic cancer health disparities through funding research projects aimed to reduce them, particularly for the African-American community. One of the projects funded by NFCR at the Wake Forest Baptist Comprehensive Cancer Center (WFBCCC) was to analyze gene sequencing data from both Caucasians and African-Americans in that institution’s catchment area so as to identify key mutations in smoking-related cancers.

The results of the research were published in the journal Theranostics in July 2017 in an article titled “Mutational Landscapes of Smoking-Related Cancers in Caucasians and African-Americans: Precision Oncology Perspectives at Wake Forest Baptist Comprehensive Cancer Center.” The uniqueness of this study is embedded in its design: The 431 cancer patients enrolled into the trial cohort of the Wake Forest Precision Oncology Initiative reflects the patient population in the WFBCCC catchment area with a high representation of tobacco-related cancers (e.g., lung, colorectal, and bladder) and African-American ancestry (13.5%). One of the goals of this research design is to find out if increased mutation rates in certain cancer-related genes would be identified in the African-American sub-group, which might be helpful for researchers to gain some insights on the genetic factors causing the poorer prognosis of African-American patients with cancers.

The research team, led by NFCR Fellow Dr. Wei Zhang, used Next Generation Sequencing technology to generate gene sequencing data from tumor samples of patients in the trial cohort. Statistical and bioinformatics analysis on the data revealed that the mutation rate of the TP53 gene is significantly increased and five other important cancer-causing genes, or oncogenes, are significantly amplified in the studied African-American sub-group. As numerous studies have shown that mutations of TP53 are associated with poor prognosis in cancer, the higher mutation rate of the gene in the African-American sub-group may be a key factor contributing to the cancer prognosis disparities among different racial groups.

The potential clinical impact of this study is obvious. As we already know that in the era of precision medicine, doctors are able to match patients’ mutational information with drugs that target the mutated protein. With several novel drugs that target TP53 gene mutations being developed at different pre-clinical and clinical stages, new treatment regimens based on genomics testing would provide much more effective therapies for African-Americans with the TP53 gene mutations in the future, which would help to reduce cancer outcome disparities.

More funding needs to be provided to Dr. Zhang’s team to support his efforts in data sharing with other major precision oncology programs in the country to validate these results at a broader base. The good news is the results from this research project partially funded by NFCR grants has enabled him to apply for a large grant from the National Cancer Institute (NCI).

We hope he will win the multi-year NCI grant, as we believe that continued funding and dedicated efforts on research focusing on reducing cancer disparities will help make positive social change in the U.S. and the world we are all living in together.

Your ticket for the: Reducing Racial Disparities in Cancer Health Through Research Funding