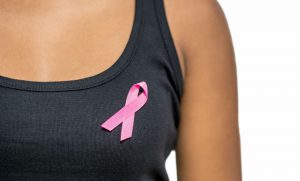 Nearly 15-20% of breast cancers are so-called “triple negative,” meaning such cancers have tested negative in pathology reports for estrogen receptors, progesterone receptors, and Her2/Neu.   The growth of these cancers are not fueled by estrogen and progesterone, as are most cancers, and therefore, do not respond to hormonal therapies such as Tamoxifen, Arimidex, Aromasin, Femara or Aromasin.  Further, such cancers do not respond to therapies that target HER2 receptors, such as Herceptin or Tykerb, rendering them more difficult to treat.   As a result, treatment for TNBC typically involves a combination of surgery, chemotherapy, and radiation.

Most studies have shown that TNBC is both more likely to metastasize and recur (in the early years) than hormone-positive breast cancers.   A 2007 study of 1,600 Canadian women found that TNBC patients were at much higher risk of reoccurrence outside of the breast area within the first 3-5 years post-diagnosis. Another 2007 study of more than 50,000 with all forms of breast cancer found 77 percent of women with TNBC survived 5 years, whereas 93 percent of women with other forms of cancer survived the same duration  Over the longer term, the TNBC relapse rate drops below that of hormone-positive breast cancers.   These conclusions have been supported by several studies, but also opposed by a smaller, 300-patent study.

TNBCs also tend to be higher “grade” than other types of breast cancer.  The grade measures how closely a cancer cell resembles a normal, healthy breast cell in terms of size, shape, and growth pattern/activity.   Most TNBCs are labeled Grade 3, the highest on the scale.

Younger African American and Hispanic women are at higher risk of TNBC than their Caucasian peers.  Furthermore, a 2009 study found that women who used oral contraceptives for more than one year were significantly more likely to develop TNBC than those that did not.

TNBC has become a core focus of the cancer research community.   Current research is focused on Angiogenesis and EGFR (HER-1) inhibitors, PARP inhibitors (which showed initial promise, but now, mixed results), and Glembatumumab vedotin (CDX-011).   Research in new target areas and new treatment options are being funded by the National Foundation for Cancer Research (NFCR).

NFCR-funded scientist Dr. Susan Horwitz, of the Albert Einstein College of Medicine, has been instrumental in the development of a successful class of anti-cancer drugs called Microtubule-Stabilizing Agents (MSAs) – a class that includes Taxol®.   MSAs work by binding microtubules, filamentous intracellular structures involved in cell and nucleic division and intracellular transport, promoting their polymerization, blocking mitosis (cell division/replication), and causing cell death.  According to Dr. Sujuan Ba, “NFCR is now funding a collaborative effort between Dr. Horwitz and Dr. Amos B. Smith, III, to develop another MSA agent designed to overcome the drug resistance triple-negative breast cancers exhibit to Taxol while limiting toxicity.”

Your ticket for the: Triple Negative Breast Cancer – What Every Patient Should Know