Stopping Melanoma in Its Tracks: Advancing Methods for Early Detection 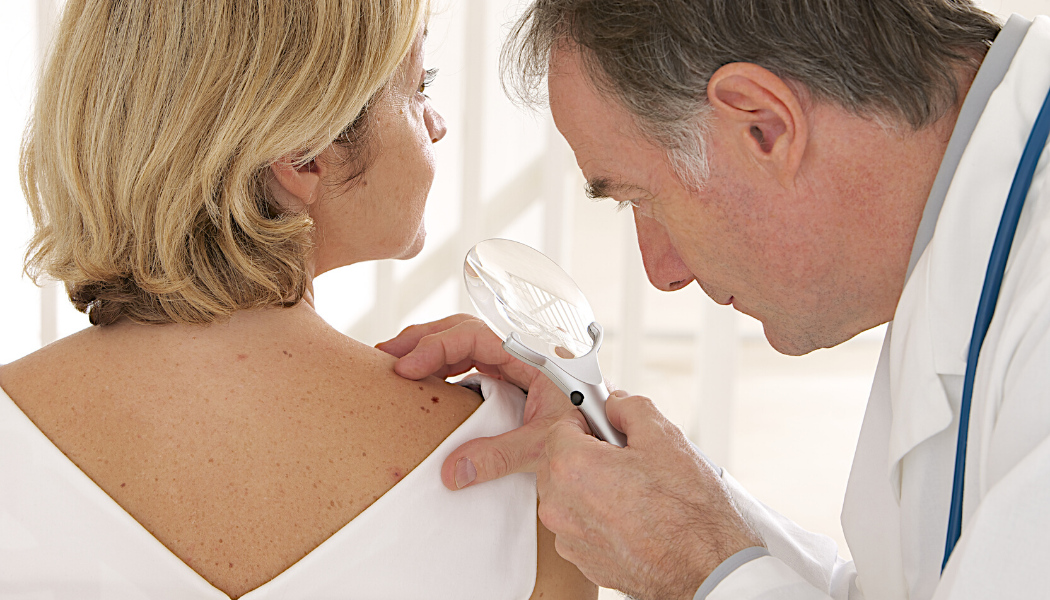 Results of new study may offer researchers a more effective way to track the evolution of the most aggressive form of skin cancer.

Although melanoma accounts for less than one percent of skin cancer cases, it is responsible for the vast majority of skin cancer deaths. But despite its reputation as the deadliest form of skin cancer, melanoma can be successfully treated when it is detected early. In fact, the estimated five-year survival rate for patients whose melanoma is diagnosed early is about 98 percent in the U.S.

The problem: melanoma spreads much faster than other skin cancers, and detecting it before it has reached other areas of the body has been historically challenging for clinicians. However, the results of a new study conducted by investigators in Australia now shed light on a novel way for researchers to track the development of melanoma, potentially allowing health care providers to treat the disease before it advances.

Unlike squamous cell carcinoma and basal cell carcinoma, which begin in the squamous and basal cells of the skin, respectively, melanoma originates in skin cells known as melanocytes. Melanocytes produce melanin, the pigment that gives skin its color. Melanoma occurs when DNA in the melanocytes becomes so damaged that it triggers mutations that lead to uncontrolled cell growth.

The National Cancer Institute has identified the following risk factors for melanoma:

Individuals diagnosed with melanoma are typically treated with a combination of the five standard treatments, including surgery, chemotherapy, radiation therapy, immunotherapy, and targeted therapy. Although the number of melanoma cases continues to increase each year, the disease remains curable when detected early.

Published in the British Journal of Cancer, a new study conducted by researchers at Edith Cowan University in Perth, Australia, in collaboration with investigators from Harvard Medical School in Boston, Mass., and clinicians from several Australian hospitals, has identified an effective way for health care providers to track the development of melanoma, potentially allowing providers to diagnose and treat the disease in its early stages.

The method focuses on circulating tumor cells (CTCs), which are critical to the spread of cancer in the body. In many cancers, these cells can be assessed through one minimally invasive blood sample. Yet, they have been notoriously difficult to detect in melanoma, and now researchers believe they might know the reason.

Reporting for Medical News Today, writer Lauren Sharkey explains that investigators examined the presence of CTCs in 43 blood samples from patients with metastatic melanoma. Instead of using one test to analyze CTCs in the samples, the researchers used three different tests. This novel approach increased CTC detection rates to 72 percent — a significant improvement when compared to the results that used only one test.

According to the researchers, this increase in CTC detection rates can be attributed to the “extraordinary heterogeneity” found among melanoma CTCs. Because the size, shape, and bioactivity of melanoma CTCs is highly variable, the researchers assert that capturing the presence of each type with one blood sample is impossible. The detection of melanoma CTCs using the investigators’ multi-marker approach was associated with shorter overall and progression-free survival for patients.

The researchers are now exploring ways to modify their tests to detect even more melanoma CTCs.

Looking for a Cure to a Devastating Disease

At the National Foundation for Cancer Research (NFCR), researchers are looking for ways to treat melanoma that will help boost survival rates for the disease even when it is diagnosed at an advanced stage.

James P. Basilion, PhD, professor of radiology, biomedical engineering, and pathology at Case Western Reserve University and NFCR fellow, led the team that developed an imaging technique that may revolutionize cancer surgeries, particularly for patients diagnosed with glioblastoma multiforme, skin cancer, and breast cancer. This new technique allows surgeons to assess the margins of their surgeries as they are being performed to see if all cancer cells have been removed — an approach that could dramatically reduce re-excision rates and reduce or eliminate local tumor recurrence.

In addition, Daniel Von Hoff, MD, physician-in-chief, distinguished professor, and NFCR fellow and his colleagues have conducted early clinical investigations of many new cancer therapies. The treatments he has worked on are now helping thousands of patients with breast, ovarian, prostate, colon, leukemia, skin, and pancreatic cancer. His current research focuses on a new approach to treating cancer by developing drugs that block newly-recognized genetic structures called “super enhancers,” which may lead to greatly improved treatments for many different types of cancer.

For more information about melanoma and the research being conducted by Basilion and Von Hoff, visit the NFCR’s Skin Cancer webpage.

Your ticket for the: Stopping Melanoma in Its Tracks: Advancing Methods for Early Detection

Stopping Melanoma in Its Tracks: Advancing Methods for Early Detection