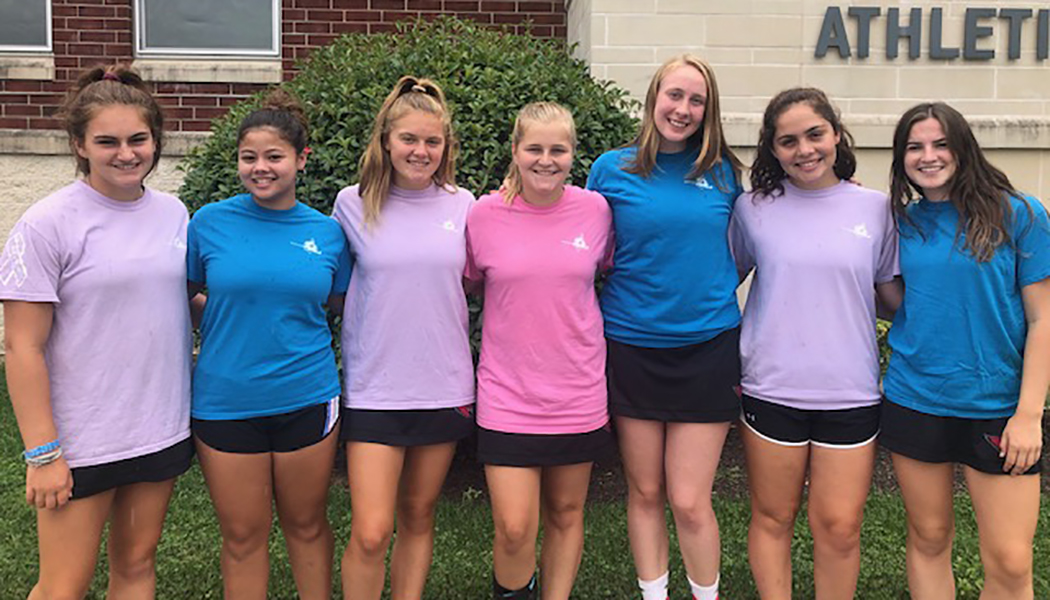 One of the best parts about being on a team is being a part of a community. Teammates spend endless hours practicing together, encouraging each other, and lifting each other up. They become a family in good times and in bad times. For the past 23 years, Upper Dublin field hockey coach Heather Boyer helped shape her team into a supportive community for the players. Each year, the girls shared the highs and lows, wins and losses.  In 2009, one of Heather’s former players shared the news that her mother was diagnosed with breast cancer. It was this tragedy that made Heather realize her team could further support their teammates, community members, and even strangers who were affected by cancer.

“She called me when her mom was diagnosed,” Heather reflected. “I felt helpless. I was there for her as much as I could be, but I wanted to do more. I decided to use field hockey as a way to do it. I’m just one person, but I have thirty-some athletes beneath me.”

What began as a way to support an alumna blossomed into a mission to support all players, Upper Dublin community members, and all families affected by cancer. The team joined the Play4TheCure cancer research fundraising movement and have raised over $7,000 each year during the 11 years of involvement. Each year, the team bands together to raise funds through raffles, car washes, t-shirt sales, coin collections at local events, encouraging donors, and partnering with local businesses. The record was set last year with the team raising a shocking $14,500.

“Our seniors take the lead on it,” Heather shared. “They easily spend 40 hours fundraising, not including the time spent at practice or games.”

The Upper Dublin field hockey team began raising funds specifically for breast cancer research until 2012. Since then, their efforts have benefitted all types of cancers. Though the team has raised tens of thousands of dollars for all types of cancer research, they continue the tradition of wearing the colors of specific cancers that may have impacted a teammate and her family. The team designs t-shirts in each color chosen to wear and sell during Play4TheCure. 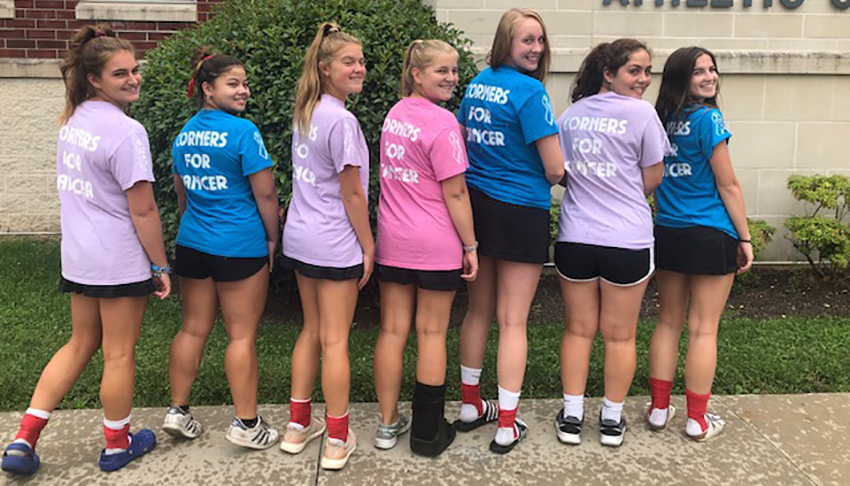 “Each senior class picks different colors of cancers that are important to the team,” Heather explained. “One of our seniors’ mom is a colon cancer survivor and we have a junior player whose mom and grandmother are both breast cancer survivors. So, this year our t-shirts are pink for breast cancer, dark blue for colon cancer, lime green for lymphoma, and a lavender to represent all cancers.”

Like many teams, the Upper Dublin field hockey team learns far more than athletic skills during their season. They learn about teamwork, hard work, discipline, and how to be humble in their victories and gracious in their losses. Since participating in Play4TheCure, however, these girls are exposed to even more skills and lessons. They learn how to speak with other people, how to professionally solicit donations, and how to come together to make a difference.

Play4TheCure is the sport fundraising program for the National Foundation for Cancer Research. Through Play4TheCure, young athletes and their teams leverage their passion for sports to “Play4” loved ones affected by cancer and actively participate in crowdfunding for cancer research to make a difference. To get your team involved, visit: Play4TheCure.org.

Your ticket for the: Play4TheCure: Upper Dublin Field Hockey Team