Through Play4TheCure, Chelsea Field Hockey has played a pivotal role in bridging communities together to support a cause that has touched so many lives.

The Michigan field hockey club was co-founded by Roxy Block, a beloved and influential field hockey player and coach who passed away from breast cancer in December 2017. 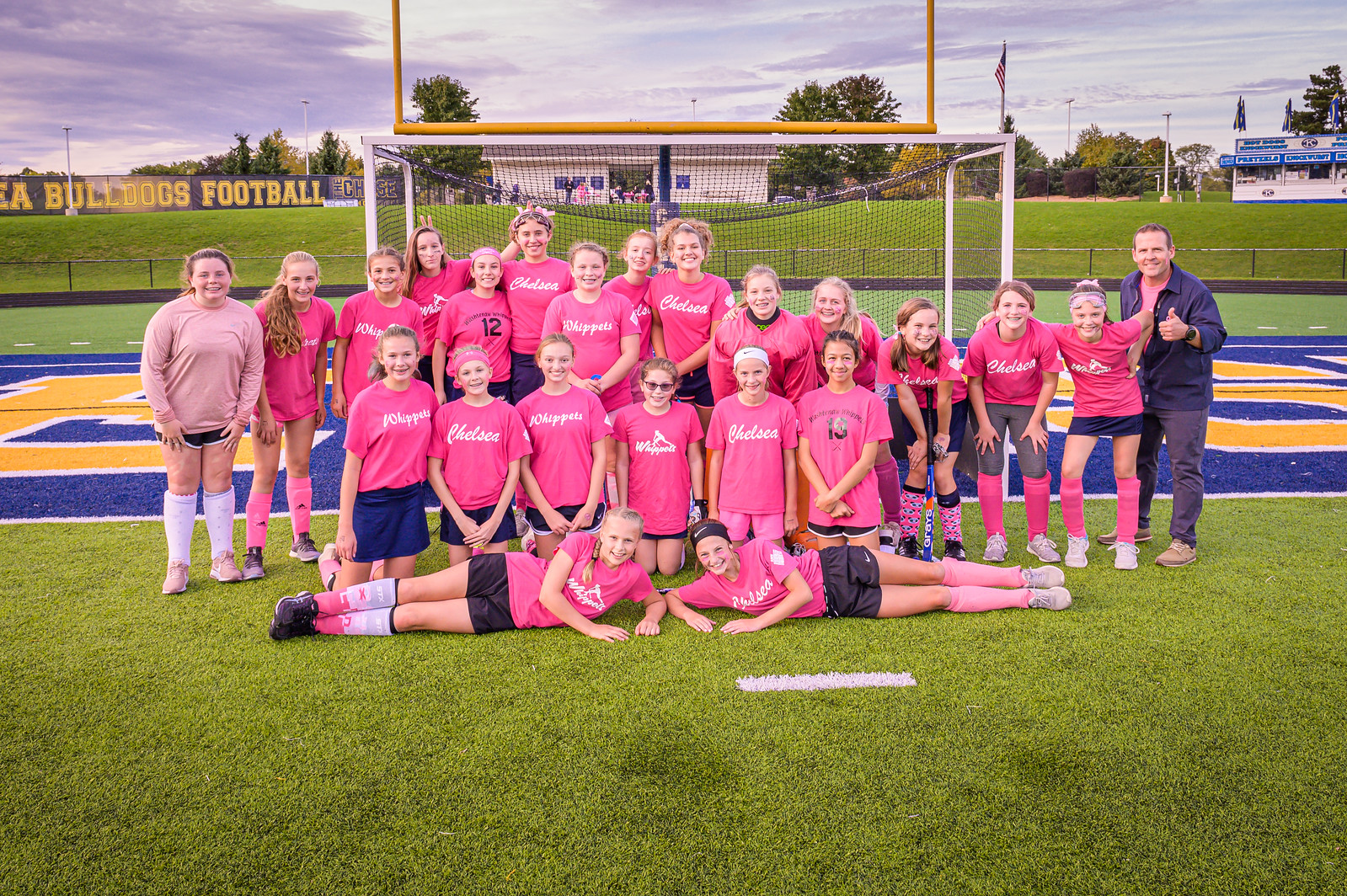 “Each year, we sit down and think ‘Should we do it?’ and the answer is always a resounding yes,” says Chelsea Field Hockey’s Play4TheCure organizer, Sharon Kegerreis. The enthusiasm of players and communities is clear. “[2019] was a record-breaking year for us, so it was pretty exciting.”

Much of the preparation comes before the event, however. “We have fun preparing for the game,” Sharon shares.

This year, players decorated pumpkins and posters to bring to the game. One poster was made to honor Stacey Adams, an admired member of the community who recently passed away from cancer.

To get the word out and to gather early donations, Chelsea Field Hockey started its CrowdRise online fundraising campaign three weeks before the game. Game attendance is key to the success of the event, particularly because all gate fees at the Play4TheCure game are donated. To encourage attendance, players passed out Play4TheCure wristbands and tattoos at school.

And, new this year was the Play 4 Pumpkin Patch! Players decorated individual pumpkins and displayed them at the game. Spectators could donate and take a pumpkin home. This fun and festive activity raised over $200 for breast cancer research! 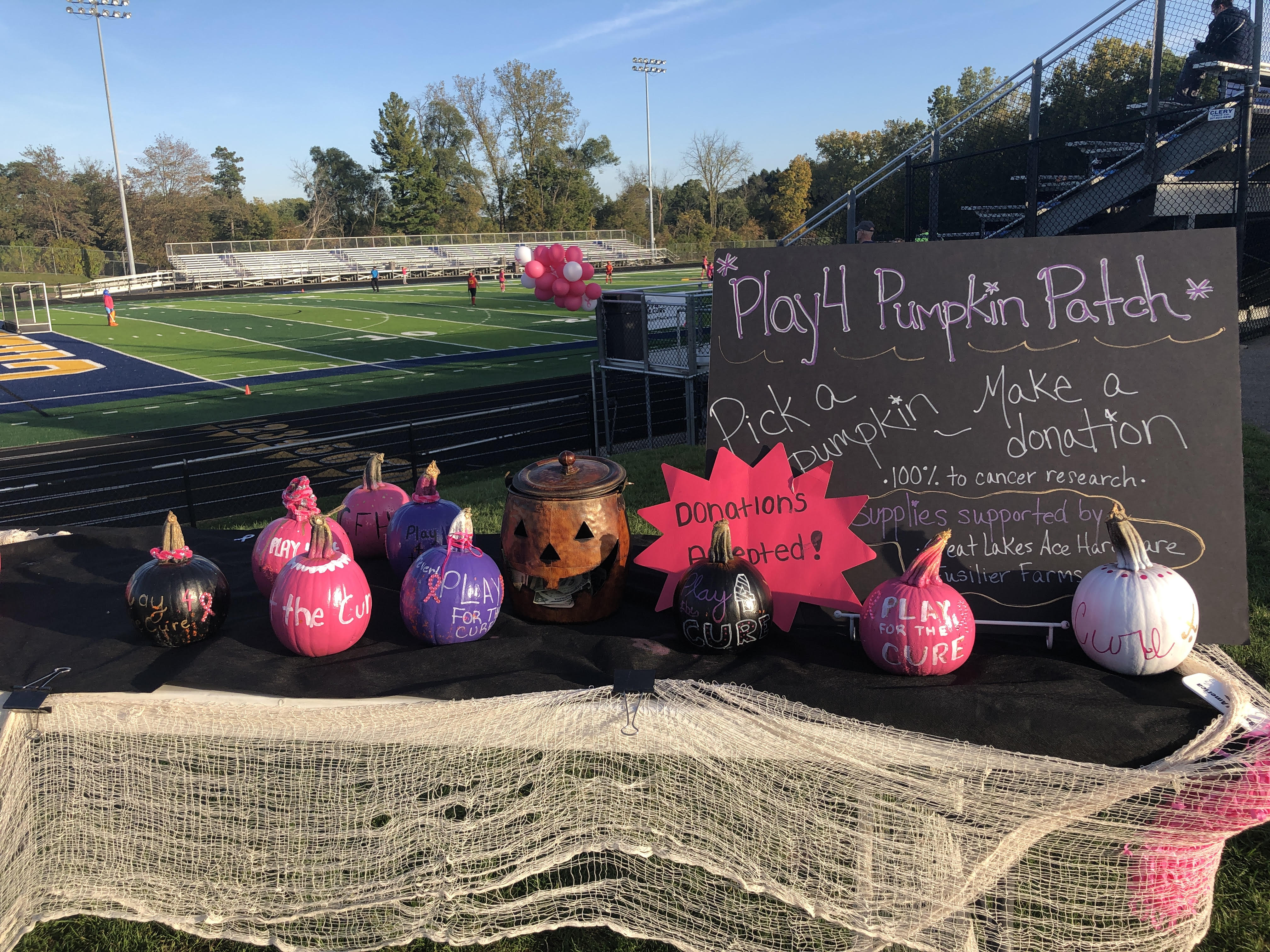 To keep fans informed, there were announcements throughout the night with fundraising updates. “The crowds were cheering every time we made an announcement,” Sharon recalls.

“[Play4TheCure] really builds such a community connection in our southeast Michigan, not just with the [Chelsea Field Hockey] community but beyond with our field hockey neighbors,” Sharon remarks.

“It’s a connected community event. I think it has brought communities together, and I think that, to me, that’s really special.” Sharon conveys. “It’s a fight that we can all take on and get behind and become one big team in the battle to find cures for all cancers.”

Your ticket for the: Record-Breaking Year for Chelsea Field Hockey