Corners for Cancer; A Legacy of Giving - NFCR

Corners for Cancer; A Legacy of Giving

When Maura Greenwood, a former field hockey player at Upper Dublin High School, shared the news that her mother had been diagnosed with stage IV breast cancer, she turned to her coach, Heather Boyer for support. That is the moment that Boyer sprang into action. 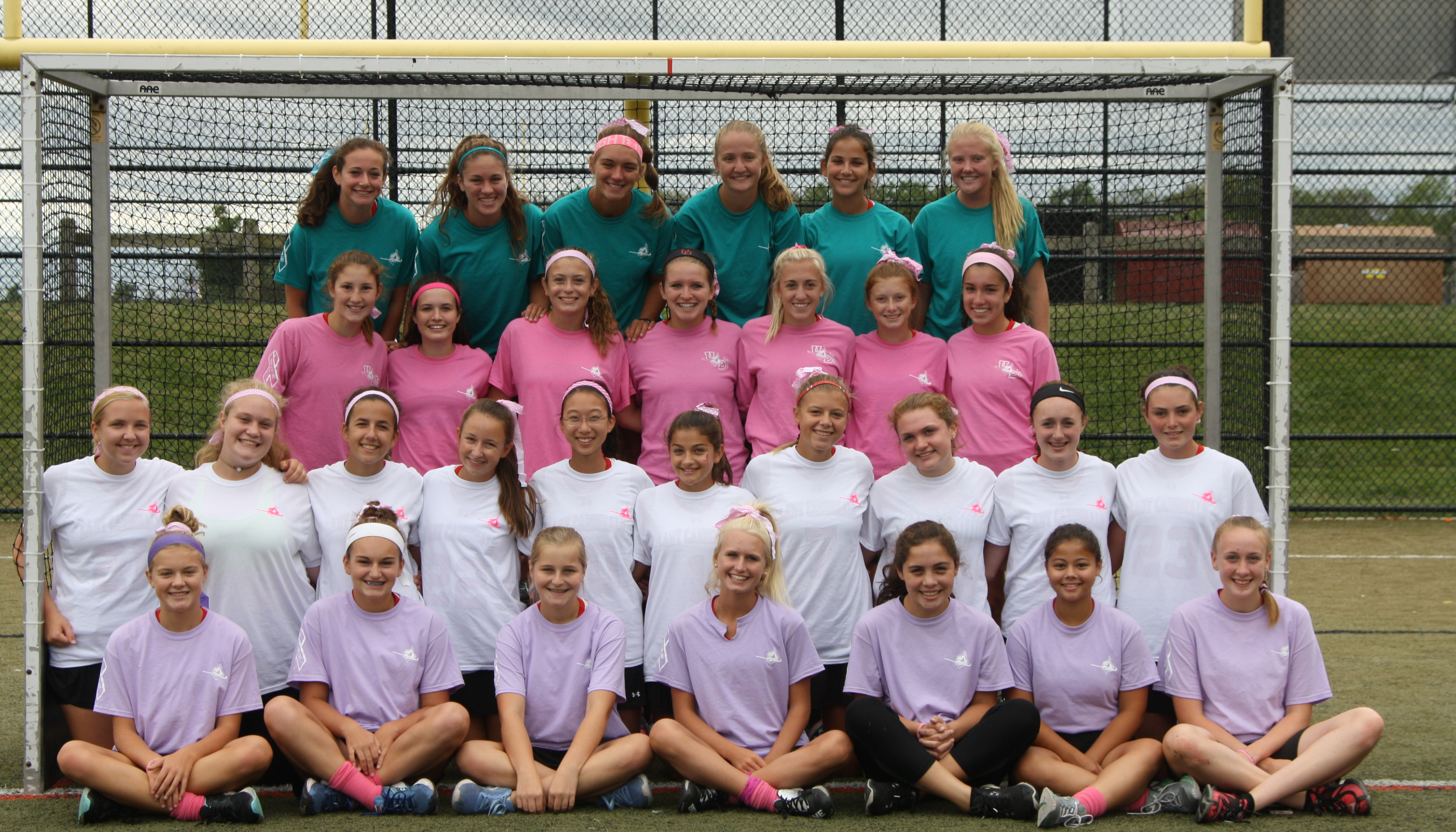 “We can be doing a lot more than we are right now,” Boyer said of her team’s previous philanthropic endeavors of giving back to cancer research. Looking at the numbers, Boyer realized that if every member of her team raised just $100 together they would be able to contribute $3,500 back to cancer research, a significant contribution to the cause. Despite the fact that a large majority of the current Upper Dublin Field Hockey team roster had never played with Maura they all rose to the occasion to smash their original fundraising goal and raised over $7,000—setting the tone for a tradition heading into its ninth year.

And so, a Corners for Cancer legacy begins.

In the early years of the event Mary Kay Greenwood, the mother of Maura, came and spoke at the games. This gave Greenwood the chance to thank everyone in the community for being involved. Also, to stress the importance of supporting cancer research. The team would also include an In Memory of or In Honor of page in their game program to acknowledge Mary Kay and everyone else in their community facing cancer. Mary Kay Greenwood has since passed, but her legacy and Upper Dublin’s Corners for Cancer still lives on.

Today, Corners for Cancer supports all types of cancer research, giving everyone on the team the chance to raise awareness for the cancer type that has affected them. To show this in 2016, each class wore a different color shirt. Seniors wearing teal for ovarian cancer, the juniors in pink for breast cancer, the sophomores in white for lung cancer, the freshmen in periwinkle for stomach and esophageal cancers, and the coaches wearing gray for brain cancers.

How does the team raise so much money?

Over the past five years alone, Upper Dublin has raised more than $27,000 for cancer research. According to Boyer, “Last year’s senior were the first class to fundraise more than $10,000, so now this year’s seniors want to beat that.” Their success is the culmination of several initiatives throughout the season. Many of which the senior class takes the lead on. For example, the team will host a coin drop at football games and sell t-shirts. They’ll allow teachers to donate to wear jeans for a day, and hold restaurant nights at which they receive a portion of the sales back.

Another large component of their fundraising is soliciting local businesses for support. Whether it be a cash donation or a physical item they can use for their game day raffle. New this year, the team will host a donation-based car wash.

Because Corners for Cancer is such a long standing tradition in Upper Dublin, PA the Field Hockey team boasts the support of their administration to help spread the word to the local media throughout the district.

As of last year, the senior class’ participation in planning and fundraising for Play4TheCure satisfied a graduation requirement. Corners for Cancer served as their culminating project in community service.

When it comes to game day, Boyer describes the atmosphere as powerful and inspiring. “As a coach you obviously want the team to go out there and play every game like it’s the last you might ever play.” But Corners for Cancer day puts things in a different perspective for the team, it reminds them “there are bigger battles in the grand scheme of life.” Year after year, Boyer and her team participate in Play4TheCure because “there’s always someone battling and supporting NFCR gives us the chance to help fund all different types of cancer, especially the rare ones that are less advocated for.”

This year’s Corners for Cancer event hosted by Upper Dublin will be on October 14th, 2017. You can support their efforts here: https://www.crowdrise.com/upper-dublin-field-hockey-corners-for-cancer1.

Your ticket for the: Corners for Cancer; A Legacy of Giving

Corners for Cancer; A Legacy of Giving