A Cherished, Golden Reunion & a Gift in Honor of Classmates - NFCR 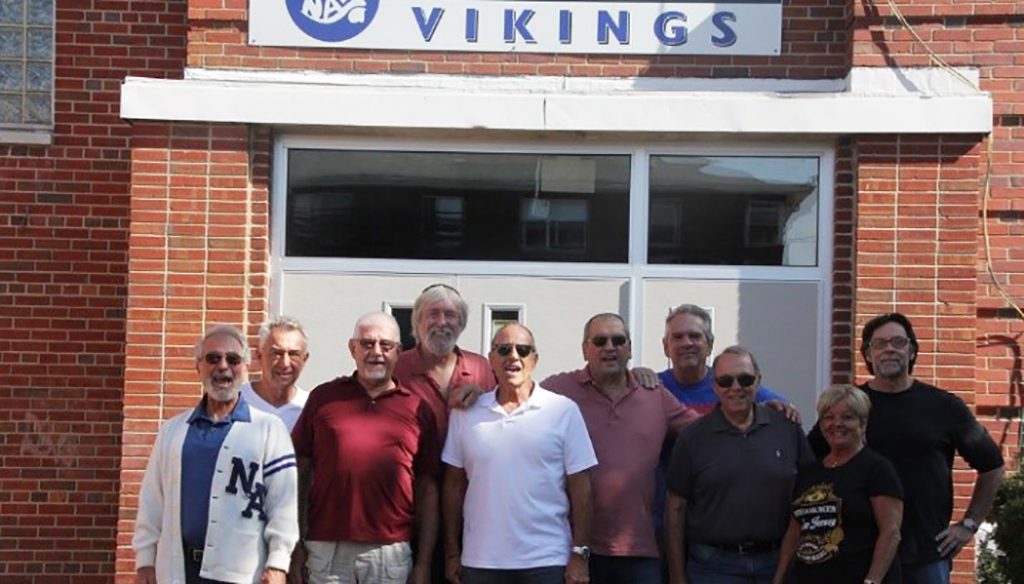 Members of the North Arlington High School class of 1966, including Stephen Kross (second from the left) and Barry Pearlman (seventh from the left)

The North Arlington High School class of 1966, of North Arlington, New Jersey, had their 50-year class reunion two years ago. Many of the attendees had not seen each other for decades, some even since graduating. Old friends rekindled their relationships, including Barry Pearlman and Stephen Kross, who, over the next many months, went on to cultivate an even closer friendship than they had shared in their youth.

When Barry passed away in May 2018, leaving behind a wife and two children, Stephen and other members of the class of ’66 wanted to do something to commemorate the life and spirit of their friend. Donating to cancer research was an easy decision, Stephen says, as it was something that Barry felt passionately for.

Stephen took it upon himself to lead efforts to raise money in Barry’s honor. He reached out to the small North Arlington High School class and they were more than happy to participate.

“Barry ran in a 5K to support the National Foundation for Cancer Research (NFCR). I figured if we wanted to remember Barry, we should donate to a cause that he cared about. Cancer research was one of them,” says Stephen.

Barry was known for being outgoing and vivacious. He was described as “popular” and the class “ring-leader”. After graduation, he acted as the common link for many of his classmates who had lost touch—staying in communication with peers and helping to plan events for their graduating class.

“Barry is in many of my high school memories. He was a joy to be around, always making people laugh,” reflects Stephen.

A donation by the class of ’66 to NFCR was inspired by not only Barry’s passing, but too the effect cancer had had on many of their other peers, notes Stephen. At the 2016 reunion, the class realized how deeply impacted they had been by cancer. Many North Arlington High School graduates faced the illness, and a few others had also passed on because of it.

“Cancer has impacted many people that I graduated with, including Barry. We noticed at our class reunion that cancer had touched many of our lives in one way or another,” states Stephen, who ended his classmates’ recent donation letter to NFCR succinctly with these powerful words:

This gift was sent to you in remembrance of our classmates who have succumbed to cancer. This was inspired by the passing of the classmate and dear friend, Barry Pearlman. Thank you for your efforts to find cures for this disastrous effect on our society.

NFCR thanks Mr. Kross for his Fall 2018 interview

Your ticket for the: A Cherished, Golden Reunion