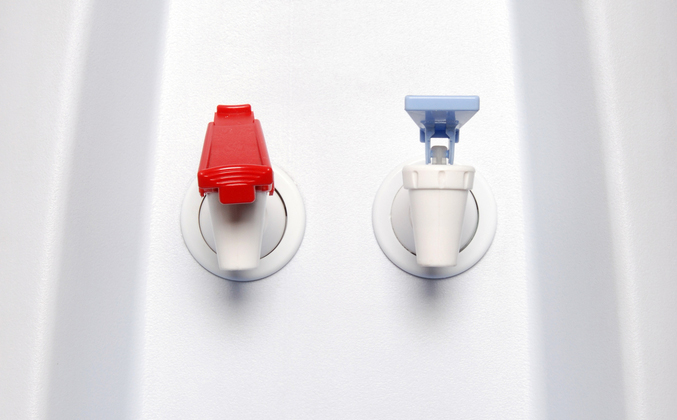 It is established medical fact that either heating or freezing a cancer cell can kill it, but a new treatment out of the State University of New York at Binghamton (AKA Binghamton University) for pancreatic cancer involves using both, with the result being more of a whole tumor being destroyed. Robert Van Buskirk and John Baust, professors of biological sciences and directors at the school’s Institute of Biomedical Technology, and Kenneth Baumann, a graduate student studying biology, conducted the research.

“How do we solve the problem of pancreatic cancer when it comes to trying to get rid of the tumor, when chemo and radiation just simply doesn’t work?” asks Van Buskirk. “The whole idea is, can one come up with a different surgical intervention that’s less invasive and more effective?

“In order to figure that out, you can commercially obtain pancreatic cancer cells and grow them on specialized plasticware,” he continues. “The basic question is, are both freezing and heat in combination more effective than freezing or heat alone? If you freeze pancreatic cancer cells like you do in cryoablation, a lot of them die, but some will survive and regrow. If you heat them, they’ll die, but again some will come back. But with dual-thermal ablation, for reasons that we do not yet understand, more die and don’t come back. In fact, over time, cells that survive the initial insult continue to die.”

Not only is pancreatic cancer one of the most difficult to diagnose in its early stages, it is also one of the most tenacious. Standing research suggested the stroma, a dense mix of cells and proteins surrounding the actual cancer cells, protects and nourishes the tumor. Sometimes making up to 90% of the tumor mass, the stroma acts as an effective wall, allowing the cancer within to proliferate.

Researchers heated and froze cancer cells in the lab and looked at the effect, using various technologies to determine the level of cell death, on regrowth as well as which cell stress pathways were activated. Like any living creature, cells (and those of cancer in particular) “want” to survive, and take steps at the molecular level to ensure it. Called the cellular stress response, researchers can observe how a cell withstands a hostile element in order, paradoxically, to kill it.

“The objective of this line of molecular-based research is to find out which stress pathways are activated in pancreatic cancer cells so that we can better understand why dual-thermal ablation appears to be more effective,” Van Buskirk notes. He adds that modulating these stress pathways is the key to making the heating and freezing ablation process more effective. This could lead to the development of a new way to remove cancerous pancreatic tumors.

Says Bauman, “Current studies are focused on elucidating which stress pathways specifically cause these cells to die or what is keeping them alive. That way, we can optimize this treatment to be as effective as possible against pancreatic cancer.”

In addition to the cell molecular research, several members of the study team are working on developing new catheter technologies to deliver this ablative therapy to patients. “If a very thin catheter can be developed to target the tumor, and if we understand how pancreatic cancer responds to ablation at the molecular level, then we may be able to develop a new therapy to approach something that has been completely unapproachable, the targeted killing of a tumor in a very difficult place: the pancreas,” said Van Buskirk.

The stroma is a collection of many different cell types (e.g. fibroblasts, endothelial cells, regulatory T cells, macrophages, myeloid-derived suppressor cells, neutrophils, etc.) that constantly interact with pancreatic cancer cells. Considered one of the reasons that current therapeutic regimens have limited activity in pancreatic cancer, the stroma plays an important role in the progression, metastasis and drug resistance of pancreatic tumors. Understanding the composition and state of the stromal cells is critical to therapeutics development.

The National Foundation for Cancer Research supports one of the world’s leading physician-scientists in pancreatic cancer research: Dr. Daniel Von Hoff. His team is using a Next Generation Sequencing method, single cell RNA-Seq (scRNA-Seq), to profile the stroma cell population within patient’s pancreatic tumors to help select the best treatment regimen based on scRNA-Seq results. New molecular targets identified in cancer cells as well as stromal cells (e.g.  fibroblasts and immune cells) are being further validated using functional assays with potential for developing targeted agents against those targets.

Your ticket for the: Hot and Cold: A New Pancreatic Cancer Treatment?