Pancreatic Cancer: What You Need to Know - NFCR

Pancreatic Cancer: What You Need to Know 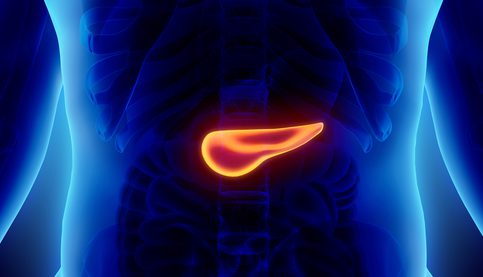 We will today take an in-depth look at pancreatic cancer.

According to Johns Hopkins University, this year, “an estimated 53,070 adults (27,670 men and 25,400 women) in the United States will be diagnosed with pancreatic cancer. It is estimated that 41,780 deaths (21,450 men and 20,330 women) from this disease will occur.” Those most profoundly at risk for pancreatic cancer are those over the age of 50, making up almost 80% of those diagnosed. Ethnicity is also a factor. Persons of African-American descent are more likely to be diagnosed. This tendency is largely attributed to higher rates of smoking, diabetes, and obesity in this demographic, and because those who smoke or have diabetes are at increased risk for pancreatic cancer overall. Gene mutations like BRCA-2 or those from Ashkenazi Jewish heritage carry higher risks as well. In the past, men were more likely than women to develop pancreatic cancer, as this was linked most closely to tobacco use, however, as the usage gap has waned, so too has the proportion of diagnoses. At present, pancreatic cancer is the fourth largest cause of death for both men and women in the U.S.

Presently there are still no reliable testing mechanisms for early detection of this disease. On the whole, government funding of research for this testing is very low, at around 2 percent of National Cancer Institute funding. The Pancreatic Cancer Action Network (PANCAN) terms this disparity “a trickle of federal funding for a river of need,” and offers a comprehensive look at why survival rates have stayed stagnant in the single digits for so long. In comparison to some other cancers, the average dollar amount of basic research grants for pancreatic cancer was found by the Network to be 18 to 29 percent less than those for lung, colon, breast, and prostate cancers. If caught early, when tumors can be successfully removed, the 5-year survival rate is 27%. However, if cancer cells have metastasized to surrounding tissues, organs or infiltrated the lymphatic system, the 5-year survival rate drastically decreases to a mere 11%. If the cancer has spread to a distant part of the body, the 1-year survival rate decreases to 15% and the 5-year survival rate dwindles to a grim 2%.

Thankfully, progress is being made. Oncologists today are much more familiar with the types of changes in pancreatic cell DNA that typically signal or enable the growth of cancer. Research is being aggressively pursued to develop new tests to detect abnormalities with greater accuracy and efficiency. Genetic testing is also available to those who may be genetically predisposed to pancreatic cancer. Currently, the genetic marker CA19-9 is the best available tumor marker, but is only 80% accurate in identifying patients with pancreatic cancer. Since CA19-9 is not ultra-precise in its ability to identify early and potentially curable cases of pancreatic cancer, several other markers have been studied, including SPAN-1, CA-50, DUPAN-2, elastase-1, tissue polypeptide antigen and tissue polypeptide-specific antigen. But these markers, though helpful, have not performed nearly as well as the CA19-9.

Dr. Daniel Von Hoff, a National Foundation for Cancer Research-sponsored researcher, has had a major role in the development of two recent FDA-approved regimens for pancreatic cancer: a combination of nab-paclitaxel and gemcitabine as a 1st line therapy, and a combination of liposomal irinotecan and 5-FU for patients who are refractory to gemcitabine. Dr. Von Hoff and his team are also working tirelessly to develop mechanisms to attack and defeat so-called “undruggable” targets within tumors. And they are also using a single cell-based sequencing technique to quantitatively determine cell groups and their signaling pathways in the stroma or ‘scar tissue’ surrounding patient’s pancreatic tumors—largely thought to determine the aggressiveness of the cancer and its drug resistance. Patients will be treated in a Phase I clinical trial with therapies that may be tailored to their tumor based on the results of single-cell sequencing.

Your ticket for the: Pancreatic Cancer: What You Need to Know

Pancreatic Cancer: What You Need to Know