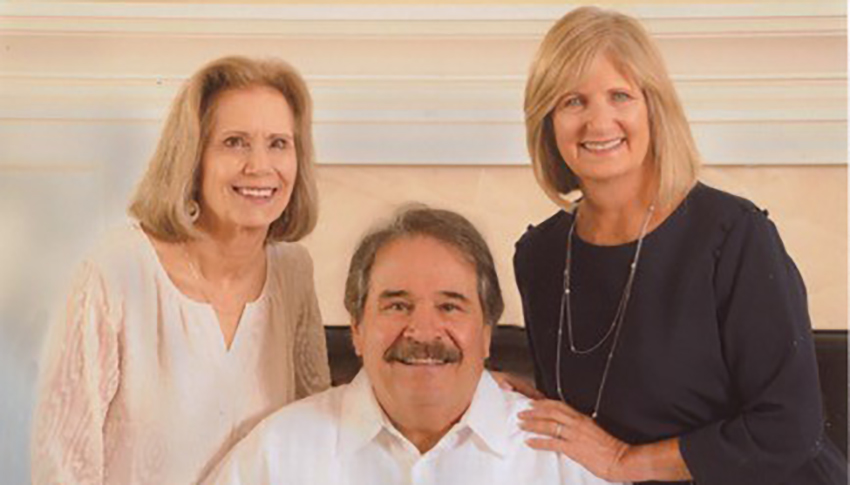 Growing up, Jonathan Marmelzat and his siblings always admired their parents’ commitment to supporting medical research, education, music and social justice causes. In their passing, the Marmelzat family continues to honor their parents’ philanthropic passions through the Willard Marmelzat Foundation.

“Since our parents have passed, my sisters and I have continued and extended their legacy,” explains Jonathan, CEO of the Willard Marmelzat Foundation. “We all grew up knowing our parents were big believers in education, so one focus includes donations for developing endowed scholarship funds.”

The Willard Marmelzat Foundation was established by Willard and Ruth Marmelzat in Los Angeles in the 1960s. As a medical historian and a renowned dermatologist specializing in melanoma, Willard was keenly aware of the need for cancer research. The charitable gift-giving vehicle was initially created as a way to fund his two main areas of interest: cancer research and medical history library development. Since its founding, the Marmelzat family has continued to donate to leading organizations in cancer research, including the National Foundation for Cancer Research. They have also expanded to supporting research in other diseases, such as psoriasis, ALS and Lyme disease, as well as various educational and social justice causes.

Though the Marmelzat name is easily recognized in the medical field, the family is also greatly involved in music. Willard, who grew up in New Orleans in the 1920s, was a self-trained jazz musician. Ruth, born in Germany, was trained as a classical musician from childhood. Their love for music was passed down to their children and is reflected in the Willard Marmelzat Foundation’s funding of music education scholarships.

“We are a musical family,” Jonathan shares. “As kids, my mom would take us to the LA Philharmonic and my dad would take us to jazz concerts at various Los Angeles venues. All of us took music lessons and were surrounded by music in our lives.”

Jonathan pursued a dual professional path with successful careers as a psychotherapist, on the one hand, and professional musician and music educator, on the other. He is also an accomplished composer, arranger and band leader, producing works for recording, film, video and musical theater projects in the San Francisco Bay Area. Since retiring from his therapy practice, he is focused on performing with jazz and klezmer bands in California and Hawaii and teaching composition and arranging in his Sonoma County studio.

Though it may seem that musical talent and medical knowledge are two unrelated gifts, Jonathan shared that his father discovered there to be a unique connection. In fact, in the 1940s, Willard wrote the book Musical Sons of Aesculapius, exploring that very idea.

“My father was fascinated with the connection between medicine and music,” Jonathan recalls. “He became aware of a significant number of physicians throughout history who were also accomplished musicians and composers. His book, for which he was awarded the William Osler Medal, is a seminal work on this subject.”

Willard and Ruth Marmelzat created a foundation that has benefitted people across the country for more than 50 years. Their dedication to the greater good has helped people who suffer from disease, researchers discover causes and treatments for disease, doctors practice better medicine, medical school libraries develop history collections and multitudes of students seeking further education.

Jonathan and his sisters, Jill Bland and Jina Lindstedt, have always appreciated growing up with philanthropically minded parents who imbued the family with compassion and passed down the ethos of giving to others in need. With Willard and Ruth as role models, it is clear that Jonathan and his sisters will continue forward with the legacy left by their parents.

The National Foundation for Cancer Research is thankful to be such a long-lasting part of their giving.

References:
The National Foundation for Cancer Research thanks Jonathan Marmelzat for his Spring 2019 interview

Your ticket for the: A Living Legacy: The Willard Marmelzat Foundation