We Are Stronger Than the Cancer: Maria's Story - NFCR 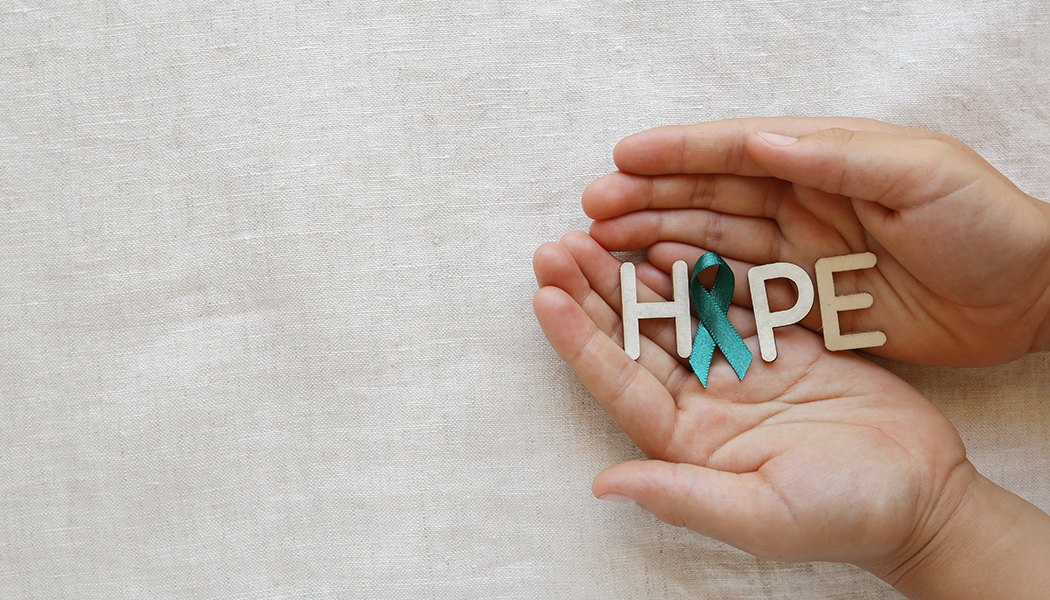 Maria Gonzales was no stranger to cancer by the time she was diagnosed in 2008. She had watched the disease affect many of her family members, from her mother and her grandmothers to her aunts and cousins. Despite seeing her loved ones battle cancer in various forms, her diagnosis came as an absolute surprise.

“When the doctors said that I had cancer, I thought they were wrong – I was too young,” Maria said.

A few months before her diagnosis, Maria was packing up her classroom from one school and settling into a new one. She eagerly welcomed this exciting change to her career, but the young teacher was experiencing a bit of stress and anxiety related to the move. Amidst her move, Maria began feeling extremely fatigued as well as noticing a reoccurring stint of lower back pain.

“I attributed the fatigue and lower back pain to moving schools,” Maria began. “I was packing and moving boxes and feeling very stressed. I also had irregular periods and pain in the pelvic area. Then I became so bloated it looked like I was pregnant.”

Realizing that something may not be right in her body, Maria met with a doctor. She went through many blood tests in search of an answer, but the tests were not revealing anything helpful. Finally, she was scheduled for a CT scan. The CT scan showed that Maria had a large mass from her ovaries to her spleen, thus spearheading her journey with cancer.

“I had to have emergency surgery, which determined I had stage 3C ovarian cancer,” Maria shared. “I then had to have chemotherapy and I had anaphylactic shock from the first drug.”

After changing medications, Maria continued receiving chemotherapy for approximately six months. During her treatment, Maria experienced a range of uncomfortable side effects, including the infamous nausea and vomiting. Though she expected side effects all along, Maria was quite surprised by the nature of the effects she experienced.

“People think that every cancer patient looks the same, but we don’t,” Maria said. “I never lost my hair. I never expected to experience anxiety, panic attacks, insomnia, fatigue or chemo brain. Cancer doesn’t have a face; it can happen to anyone and not everyone reacts the same way.”

Once Maria finished her chemotherapy, she was declared NED – no evidence of disease. The excitement of this news was short-lived, as she soon learned that ovarian cancer was a chronic disease. Maria went on to have five reoccurrences. She continues maintenance treatment every four weeks and visits her doctor every eight weeks.

“Just because the treatment is over doesn’t mean the journey with cancer is over,” Maria reflected.  “The battle might not be physical, but it becomes mental.”

Though every step of her journey with cancer sparked new and often unexpected challenges, Maria continuously adjusted to new ways of coping. For Maria, faith, hope, prayer, and the support of her loved ones got her through even the darkest moment. She learned to accept asking for help but, more importantly, she learned that her friends and family were always willing to provide that help.

“It’s really important to surround yourself with positive people who can lift you up when you are down,” Maria said. “Ovarian cancer is a beast, but we are stronger than the cancer.”

Your ticket for the: We Are Stronger Than the Cancer: Maria’s Story