New Discovery May Significantly Broaden the Applicability of T-Cell Immunotherapy 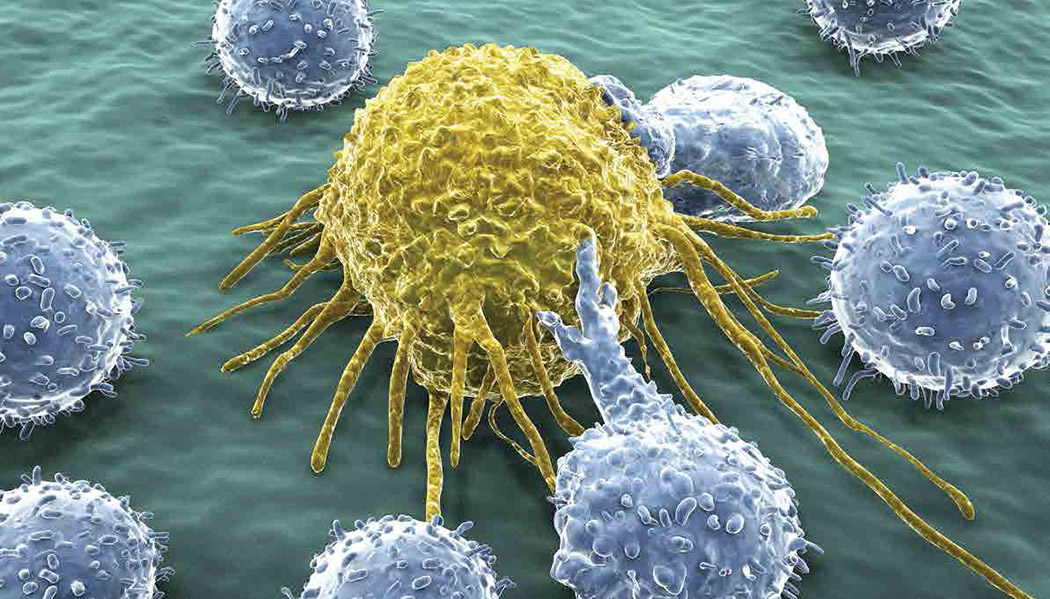 Researchers at the University of Cardiff discovered that MR1-restricted T-cells can be used to broaden both the types of cancer and patients that can be treated using cellular therapy.

During the past decade, cancer immunotherapy has emerged, along with surgery, radiation, and chemotherapy, as a fourth, key paradigm in the cancer treatment.  Immunotherapy is focused on using the body’s own immune system to kill cancer cells, usually by either 1) editing and expanding immune cells that attack cancer, known as cellular therapy or 2) by applying molecules, called checkpoint inhibitors, which inhibit cancer cells’ abilities to pose as human cells and evade attack by the body’s immune system.

While cancer immunotherapy holds great promise, cellular therapies have proven to be ineffective in most cases for two reasons.  In the case of T-cell therapy, a common type of cellular therapy, T-cells that either naturally target or are genetically engineered to target specific proteins on the surface of cancer cells are used to kill tumors.  If a patient’s tumor does not have the mutation that causes the particular cellular surface protein to be exposed, or if that target protein is shared with other healthy cells, T-cell therapy cannot be effectively used to treat the cancer.  In the later case, the T-cell therapy can result in toxicity and severe side effects, as the T-cells kill all cells, both healthy and cancerous, exposing the target protein.

The second problem has to do with a group of molecules called major histocompatability complex (MHC), whose sequence varies greatly from person to person. The Cardiff researchers are targeting this second issue.  MHC’s are the best-known example of a T-cell receptor (or TCR), which helps T-cells actively surveil for abnormal proteins exposed by cancerous cells.  Immune cells known as antigen-presenting cells (APCs) signal to T-cells what their target antigens are by presenting pieces of the target protein bound to the MHC complex.  However, since MHCs vary significantly among the human population due to genetic variability, and the MHC complex is currently used in most cellular therapies, currently therapies relying on MHC work in a limited subset of the patient population.  According to Alfred Slanetz, the Former CEO of Bluebird Bio, a leading CAR-T therapy company, “only 10-15% of cancer patients can be effectively treated with cellular therapies.”

The Cardiff researchers discovered a TCR that doesn’t act through MHC, but rather, MR1 (major histocompatibility complex class I-related gene protein).  Unlike MHC, there is significantly less genetic variation in MR1 than MHC in the human population, potentially enabling therapies that work through MR1, to work more broadly.

The Cardiff researchers tested T-cells expressing MR1 against varied types of cancers including both solid tumors and blood cancers, and of many different tissue origins – including lung, leukemia, breast melanoma, prostate, and ovarian – in lab dishes, and found 80-100% efficiency in killing each type of cancer.  More importantly, the cells showed no evidence of killing non-cancerous cells, displaying no off-target effects.  The study also showed success in small animal studies – on average, the concentration of cancerous cells in the bones of mice with leukemia dropped from over 75% to less than 10% during an 18-day treatment regimen.  Finally, the researchers were able to extract T-cells from a melanoma patient, modify the cells to expose the MR1 TCR, and show that the modified T-cell would kill both the patient’s cells and other individual’s melanoma cells in lab dishes – showing that the treatment works universally across patients.

Your ticket for the: New Discovery May Significantly Broaden the Applicability of T-Cell Immunotherapy

New Discovery May Significantly Broaden the Applicability of T-Cell Immunotherapy