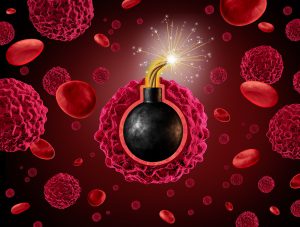 A study out of the United Kingdom predicts that while cervical cancer in young women is set to decline 75 percent by 2040, with deaths close to eradicated, women aged 50-64 will see a 62% rise in the disease, leading to a 143% rise in mortality, from 183 deaths in 2015 to an estimated 449 in 2040. The research was published last month in The Lancet Public Health journal.

Funded and commissioned by Jo’s Cervical Cancer Trust, the sole UK charity dedicated to women affected by cervical cancer and cervical abnormalities, a team at Queen Mary University of London established a flexible model exploring current cervical cancer rates and extending to those presumed to exist by 2040. Factors included in the study were the impact of advances in screening technology, and introducing both human papillomavirus (HPV) primary screening and the 9-valent HPV vaccine.

“This study shows how the age-specific incidence of cervical cancer will change over the next 20 years,” observes Dr. Alejandra Castanon from Queen Mary University. “Women currently aged between 25 and 40 will remain at high risk of cervical cancer throughout their lives, whilst women younger than 25 will see their risk decrease by around 50%. This has implications for the way we invest in and target screening.”

Cervical cancer is the most common cancer in women under 35 in the UK but, according to the model, this will shift dramatically by 2040 with the burden of the disease moving to older women. Among younger women, born after 1991 and who have benefited from the introduction of the HPV vaccination program in 2008, eradication of the cancer is firmly on the horizon.

The research finds that:

The model clearly shows how regular HPV screening is of utmost importance in reducing risk of the disease among women born before 1991. The researchers and charity warn that delays in such will only exacerbate the burden of disease among this age group. Both groups stress increasing screening coverage must remain a critical challenge and priority.

“We are faced with an aging population and risk among older women skyrocketing, therefore changes to the program which could reduce this risk must be explored, including increasing the screening age from 64 and self testing,” notes Jo’s Cervical Cancer Trust Chief Executive Robert Music. “We want to see cervical cancer become a disease of the past with no more women losing their lives to the disease.”

In the United States, as of 2017, 12,820 women will be diagnosed with cervical cancer. If found at an early stage, the 5-year survival rate for women with invasive cervical cancer is 91%. If cervical cancer has spread to immediately surrounding tissues or organs and/or the regional lymph nodes, that rate drops to 57%. If the cancer has spread to a distant part of the body, the 5-year survival rate is 17%. It is estimated that 4,210 deaths from the disease will occur this year.

Your ticket for the: Cervical Cancer to “Skyrocket” Among Older Women