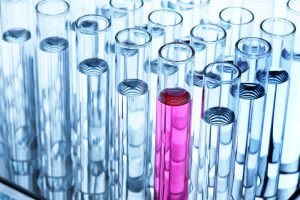 Triple-negative breast cancer, one of the deadliest and most aggressive forms of breast cancer, spreads quickly, is resistant to many chemotherapies and is likely to reoccur even after a seemingly successful round of therapies. The cause for the later is the resiliency of a subset of cancer cells called cancer stem cells. A recent development may give medical science a method of combating them.

“We demonstrate that interferon-β reverses some of the more aggressive features of triple-negative breast cancer, which are responsible for metastasis and therapy-failure,” said Mary Doherty, first author and pathology graduate student at Case Western. “The survival of cancer stem cells following therapy is believed to be responsible for therapy failure in patients. We found that evidence of interferon-β in triple-negative breast cancer tumors correlates with improved patient survival following chemotherapy.”

A breast cancer tissue database was integral to the study. It was found that elevated interferon-β levels in breast tissue correlated with extended patient survival and lower cancer recurrence rates. Patients with higher interferon-β levels in their breast tissue were approximately 25 percent less likely to experience a recurrence than those with low levels. The authors concluded that interferon-β plays a “positive, critical role” in triple-negative breast cancer outcomes.

The Case Western team stressed the practical application of their findings is still in the future. The researchers are now studying how interferon-β may modulate the immune system to carry out its anti-cancer effects. They also plan to conduct clinical trials evaluating interferon-β as a new therapeutic option for triple-negative breast cancer, either alone or in combination with traditional chemotherapy. Such a study could require novel methods to deliver interferon-β to breast cancer tumors.

Your ticket for the: New Therapeutic Option for Triple-Negative Breast Cancer