Featuring two of the D.C. Metro Area basketball powerhouses, Cancer Research Week tipped-off with a game between Gonzaga College High School and DeMatha Catholic High School. Teams were encouraged to create online fundraising pages, through Crowdrise, to help share their stories of how cancer has touched their lives and why it is so important to get involved with giving back. Despite their long-standing rivalry, the two teams were able to work together to raise over $1,000 for NFCR-supported scientists. 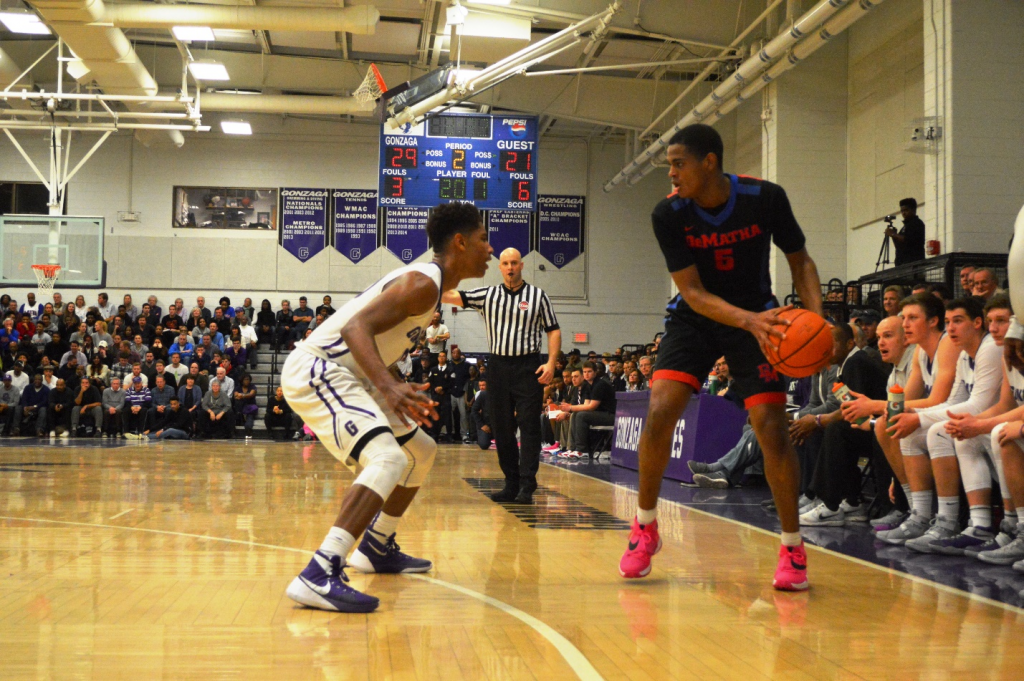 In 2016, we also partnered with the University of Maryland’s Women’s Basketball team.  From 2010-2013, one of Brenda Frese’s sons faced his own battle with Leukemia. The University of Maryland Women’s Basketball team implemented a number of different elements to not only benefit cancer research through Play4TheCure, such as setting up a donation page, but were also able to honor those who have fought or currently fighting cancer by doing a survivor parade during halftime.

For two years, the St. Paul’s School and Boy’s Latin School of Maryland have leveraged the excitement of their rivalry game for good and collected donations for Play4TheCure and the National Foundation for Cancer Research. At last year’s event, the 1992 and 1997 St. Paul’s Conference champion basketball teams were honored for their 25th and 20th anniversaries, respectively, making the game that much more special for the community.

In 2018, Play4TheCure continues to bridge new partnerships throughout the Mid-Atlantic Coast. The Montclair High School Girls’ Basketball team in Montclair, New Jersey have already started their fundraising online to take an early lead on the year. Montclair will Play4TheCure on January 25, 2018 as they face West Orange High School.

We’re also looking forward to once again joining Brenda Frese and the #11 ranked University of Maryland’s Women’s Basketball team as they Play4TheCure and face off against #10 ranked Ohio State on ESPN2! The Play4TheCure team will be at the game on Monday January 22, 2018 handing out “I Play4” signs encouraging fans to acknowledge and honor those in their lives that have been affected by cancer. Tip-off is at 7pm.

In year three the goal remains the same, to encourage the Mid-Atlantic Basketball area teams to “Play4” something bigger than the game and support cancer researchers across all different focus areas. To see more updates on teams getting involved with Play4TheCure and Cancer Research Week be sure to follow us on Twitter, @P4TC_NFCR.

If you are interested in hosting a game or event benefiting cancer research through Play4TheCure, visit our registration page to get started!

Your ticket for the: Cancer Research Week through the years