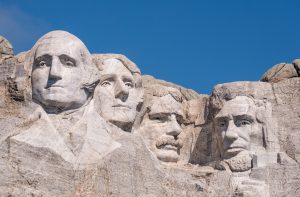 Why were these cancer diagnoses concealed? Historically, cancer was a likely death sentence, and revealing the prognosis could have alarmed the public.

Developing research in cancer treatment, however, has significantly altered how the oval office handles presidential cancer. In 1985, President Ronald Reagan was the first trailblazer, announcing that he had surgery to remove both colon cancer polyps, and skin cancer on his nose.

New cancer therapies, treatments, and early diagnostics have significantly improved the life expectancy of cancer patients, so announcing a presidential cancer diagnosis is now less likely to alarm the public. Donations to foundations such as the National Foundation for Cancer Research have facilitated groundbreaking research in the lab, giving new hope to all cancer patients – including presidents.
Most recently, President Jimmy Carter made headlines after taking an immunotherapy drug that empowered his immune system to fight his cancer. Despite the grim prognosis that patients normally receive when melanoma metastasizes to the liver and brain, as it did with President Carter, doctors tried radiation and the immunotherapy treatment pembrolizumab.

Thankfully, after three months of scans that showed no signs of tumors, President Carter announced that he no longer needed to receive immunotherapy treatments.

Immunotherapy is just one of many breakthrough cancer treatments that researchers are arduously studying. At the National Foundation for Cancer Research, we will continue to fund these labs, but we cannot do it without your help. Please consider making a donation today so that someday everyone can live cancer free.

Your ticket for the: Presidential Cancer