Oxidative Stress: The Role of Micronutrients in Battling Cancer

The Role of Micronutrients in Battling Cancer 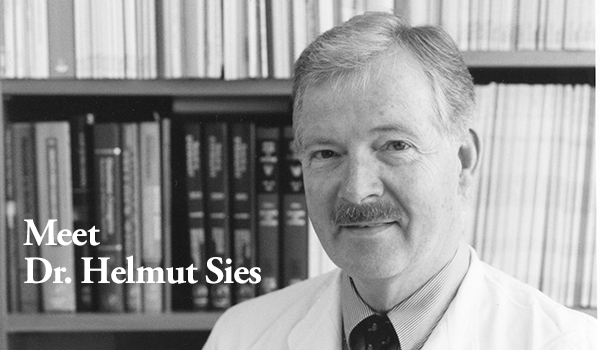 The good news is that cocoa is good for you. The seeds of Theobroma cacao are packed with flavonoids, organic compounds found to help prevent skin damage caused by ultraviolet radiation, improve blood vessel function and reduce cardiovascular risk. The downside is that this does not mean one can scarf down the nearest candy bar as part of a healthy routine!

It was largely the work of Helmut Sies, M.D., the esteemed pioneer of oxidative stress whom the National Foundation for Cancer Research (NFCR) supported from 1983 to 2016, that brought the role of micronutrients, including flavonoids, into scientific focus. His research was also instrumental in identifying lycopene, a type of carotenoid pigments, as a factor in curtailing the damaging effects of solar irradiation. A “sunscreen from inside,” as it were. Lycopene is, in fact, the pigment that makes a tomato red, but its beneficence goes well beyond aesthetics or as a handy guide to when the fruit is ripe.

“Lycopene is in many cells, but in the skin, like beta-carotene, it protects us against the damaging effects of solar radiation,” Sies explains. “Carotenoids do several things, such as deactivating singlet molecular oxygen, that is, an excited state of oxygen that can be dangerous in cells. We found in the studies that were supported by the NFCR that lycopene, among all of the naturally occurring carotenoids, is the best one in doing this.”

The field of study into how and why specific nutrients actively fight (or at least help to prevent) cancer remains relatively young—a few decades. Yet it is an important research area in which Sies’s legacy looms large.

Take even his more recent explorations with selenium. Well-known to science as a photoconductor for x-ray panels, the element, in the form of selenoenzymes, is vital in the body in order to main low levels of hydrogen peroxide, a necessary metabolic component. One particular selenic compound, ebselen, can mimic the activity of the selenoenzyme glutathione peroxidase, “which has positive effects in several ways, including (as shown in) some cancer studies,” says Sies.

Those studies suggest selenium is linked to the elimination of cancer cells, is an inhibitor of tumor growth, and, of particular interest to Sies, is associated with oxidative stress.

“As to oxidative stress,” explains Sies. “this is an imbalance between oxidants and antioxidants in favor of the former, leading to a disruption of redox signaling and control and/or molecular damage.”

It is the molecular damage, done to the very building blocks of our DNA and to sensitive proteins and lipids, that can instigate cancer growth. The antioxidant relationship to overall health has long been in the public eye, but too much of a good thing can be as deleterious as too much of a bad thing. The body needs to be in balance, even down to its atoms. Imbalances, as Sies has demonstrated, can lead to serious ramifications in other processes throughout the body.

This way of thinking ushered in a new concept, what known in the field as “oxidative eustress,” which literally means “good stress.”

“So there’s now a distinction in this kind of oxidative stress concept,” he says. “Oxidative good stress versus, if there is too much of it, oxidative distress.”

“When I was 21, I attended one of those meetings as a student,” he recalls. “Scientists are like an explorer finding distant continents. Exploring how we are organized and how our life processes go. Each advance or breakthrough often comes from a new methodology. It is amazing how nowadays modern techniques enable young researchers to get into a field and stand on the shoulders of the previous generation of scientists and look further into the microcosm.”

Such words perfectly capture the manner in which science progresses. And Sies would certainly know. The oncology subfield of study into micronutrients owes a tremendous amount to him and the path he has helped put many younger scientists on.

Your ticket for the: The Role of Micronutrients in Battling Cancer

The Role of Micronutrients in Battling Cancer