Mark It Down: The Development of Better Ovarian Cancer Biomarkers 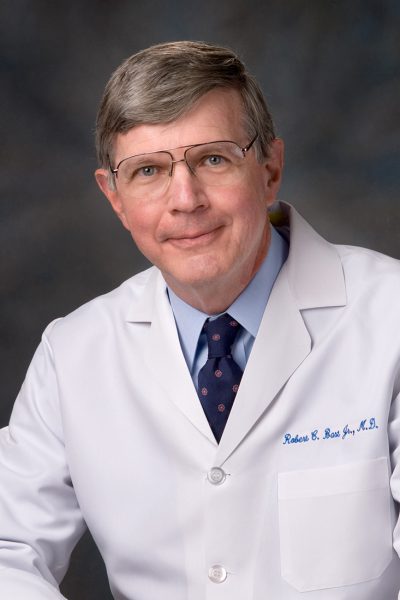 It is a case in point of the limits of technology. TVUS, or transvaginal ultrasound, is a standard testing method that uses sound waves to look at the uterus, fallopian tubes and ovaries by putting an ultrasound wand into the vagina. It is enormously useful in a cancer diagnosis, but it cannot distinguish between benign tumors and malignancies, and its focus, as Bast described, is lacking on the small scale. Ultrasound also fails to pick up ovarian cancer that, ironically, does not originate in the ovaries.

But it is largely thanks to Bast and his coworkers that the ultrasound is no longer the only test. In 1981, Bast made medical history for developing the OC125 (also known as CA125) monoclonal antibody that led to the production of the CA125 radioimmunoassay—the first useful ovarian cancer biomarker for monitoring the course of patients with epithelial ovarian cancer. A protein shed from the tumor into the bloodstream, CA125 can be easily detected via a simple blood test. Since this discovery, Bast and his team have been evaluating ways CA125 can be used to screen for ovarian cancer.

“It can be used prior to any surgery in patients who have a pelvic mass to determine whether it is likely that they have an ovarian cancer that would require specialized surgery and, consequently, could guide referral to gynecologic oncologists who have extra training to deal with the full removal of as much cancer as possible,” Bast explains.

Since this discovery, Bast and his colleagues have been evaluating ways CA125 can be used to screen for ovarian cancer. For example, results from a large clinical trial involving 200,000 women in the United Kingdom showed that using CA125 detection and sonography effectively reduced fatalities by 20%. Moreover, the discovery of CA125 spawned whole new technologies and applications to detect ovarian cancer at its earliest stages. Using a method already used for brain cancer, Bast and his colleagues are using nanoparticles coated in antibodies that “stick” to ovarian cancer cells and, via a process called superconducting quantitative interference detection, use magnetism to confirm the presence of cancer.

“When we send a magnetic pulse through the tissue, the relaxation of the magnetism in the nanoparticles will be delayed if they are fixed to an ovarian cancer cell,” says Bast, referring to the documented phenomena of the relaxation (or approach) of a magnetic system to an equilibrium or steady-state condition as the magnetic field is changed.

“We are trying to get the sensitivity down even further, to an order of magnitude or two better than ultrasound. That would help identify those women with rising CA125 and a normal ultrasound but who actually have ovarian cancer.”

Bast, a National Foundation for Cancer Research fellow supported by the organization since 2001, continues to exert tremendous influence in oncology field and on patients’ lives in other areas too beyond better diagnostics. For instance, he is now on the cusp of a Phase I clinical trial involving an inhibitor called salt-inducible kinase 2, and has also extended his research to tumor dormancy.

Many cancers, including ovarian, can, after primary treatment, go inactive for years and then start to grow for unknown reasons. Bast found a critical protein encoded by a gene called DIRAS3 that seems to be the “master switch” for turning on not only dormancy but also a way for dormant cells to survive via autophagy, where they start to consume their own organelles and proteins to make energy. If autophagy can be either inhibited or kicked into overdrive, cell death is the inevitable result.

“It would be a whole different way of treating ovarian cancer,” Bast says, while acknowledging that for all the breakthroughs in oncology, they are never fast enough for the patients. But it is from those patients, and his peers, that he draws his inspiration to never slack.

“I work with young investigators, physicians and scientists, who spend 80 percent of their time in the clinic, and also clinicians who are designing better trials to really have an impact on disease. Our whole goal is to make this process as efficient as possible.”

And as successful as possible.

Your ticket for the: The Development of Better Ovarian Cancer Biomarkers