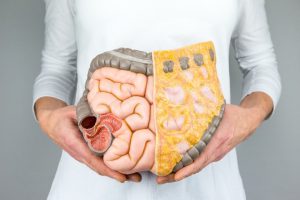 The effectiveness of certain chemotherapy drugs may be reduced by fat cells. This groundbreaking recent discovery was made according to a recent study published in November 2017 in Molecular Cancer Research, a journal of the American Association for Cancer Research.

Obesity has long been associated with a higher risk of cancer and poorer outcomes in cancer treatment. In particular, previous studies have focused on the correlation between obesity and negative results in colon, prostate, breast and ovarian cancer—all areas of the body surrounded by a higher percentage of fat cells.

However, it was the high relapse rate of 50% in obese children with acute lymphoblastic leukemia (ALL) that prompted UCLA Mattel Children’s Hospital researcher, Dr. Steven Mittelman, and his team to turn their attention toward fat cells—due to the prevalence of fat cells in bone marrow.

Why was there less chemo in the cancer cells that were next to the fat cells?

Upon further research, it was discovered that the fat cells were metabolizing the chemotherapy drug because the fat cells had special enzymes that were capable of breaking down daunorubicin and other anthracyclines that are used to treat many cancers.

This research explains why certain tumors surrounded by fatty tissues may not respond effectively to chemotherapy. The adipose tissue (fat cells) may be gobbling up the chemo and reducing its potency before it can reach the cancer cells.

More studies need to be done on the effect that adipose tissue has on other chemotherapies. But by understanding how fat cells can alter the environment around the tumor, it is possible that future approaches can be developed in order to most effectively treat obese patients.

Your ticket for the: Obesity & Chemotherapy