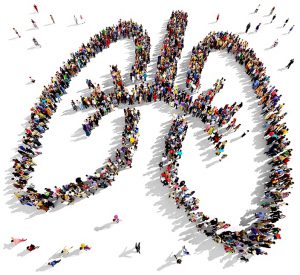 According to Clinical Cancer Research, a journal of the American Association for Cancer Research, recently discovered genetic differences in non-small cell lung cancers (NSCLCs) between some African-Americans and European-Americans suggest that there are racial differences in the biology of the disease. These findings could have a clinical impact on personalized cancer therapies in the future.

“We are entering the age of ‘precision medicine’ in which diagnosis and therapy decisions for each cancer patient will be based on detailed molecular and chemical fingerprints,” said researcher Bríd M. Ryan, a researcher at the National Cancer Institute’s Center for Cancer Research and the study’s author.

“Much of the revolutionary work that underpins precision medicine has been conducted on populations of European descent, with limited work in minority populations,” she added. “We want to make sure that all populations can benefit from this approach. Studying the biology of lung cancer in African-Americans is one step toward that goal.”

“This study helps close a gap in our knowledge of which genes are expressed in lung cancers from African-Americans, revealing clear differences in lung cancer biology between African- Americans and European-Americans,” said Mitchell. “By understanding these racial differences in gene expression, we can account for how they may contribute to disease progression and treatment response and, ultimately, help reduce some health outcome disparities.”

The study parallels a recent publication in Theranostics, one of whose authors is NFCR-sponsored scientist, Dr. Wei Zhang, of Wake Forest Baptist Medical Center. That team’s precision oncology study of racial differences in genetic alterations in smoking-related cancers revealed that African-Americans had a significantly increased mutation rate in the TP53 gene (tumor suppressor gene), and five genes were significantly amplified in this population. The researchers also found that a number of genes—including those that repair DNA damage—mutated at higher frequencies in African-American cancer patients versus European-Americans.

Dr. Zhang stated, “These results provide strong evidence that genomic instability is a fundamental hallmark of cancer, and the events underlying the regulation of genome stability are centered on interactions with environmental factors and lifestyle, such as smoking.”

Too, the study points to genetic mutations common to African-Americans as a factor contributing to cancer outcome disparities. This latter discovery may lead to the development of novel diagnostic and improved therapeutic options for patients.

Your ticket for the: Lung Cancers Can Differ by Race