From Certified Nursing Assistant to Patient: Life on the Other Side of the Bed 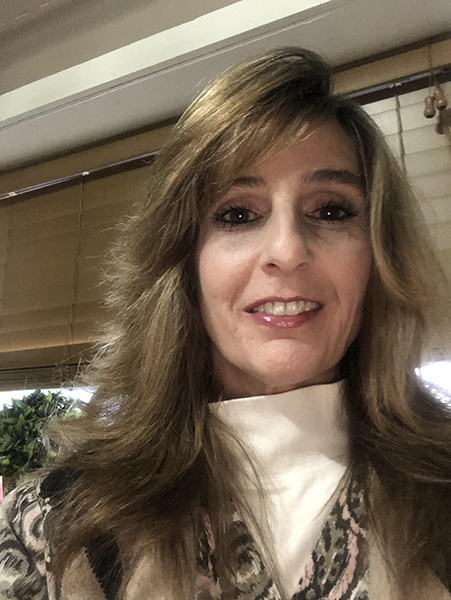 In this Faces & Voices of Cancer Feature we spoke with Certified Nursing Assistant, Jenny Dziuba, who talks about the decision making process behind assessing her breast cancer treatment options before deciding on a lumpectomy.

Hearing the word ‘cancer’ often sends chills down the spine and sends goosebumps up the neck. It is one of the most intimidating diseases, especially as it can affect nearly any part of the body. Though for some, cancer is a normal part of daily life. Jenny Dziuba, who works as a certified nursing assistant, has seen many patients battle cancer diagnoses. Early in 2019, however, Jenny experienced cancer in a new way.

“My father died from lung and liver cancer two years ago,” Jenny began. “My mother had breast cancer and lymph node cancer and is still in remission, so cancer isn’t anything new to me. I’ve always been the care provider, though, so you can imagine how hard it was to be on the other side of the bed.”

One morning, Jenny began to notice a painful lump in her breast tissue and a leaking milk duct. It was a feeling she knew well, having frequent fibrous cysts in her breasts. This particular cyst had been regularly monitored with mammograms over the past two years, but the pain was becoming increasingly aggravating. During her next routine appointment, the care team wasn’t satisfied with just a mammogram. They first recommended an ultrasound, but the density of the breast tissue was more suitable for a biopsy.

“The biopsy was kind of painful afterwards,” Jenny reflected. “It felt like a bee sting that wouldn’t stop stinging, but ice helped tremendously. The day after was much better but the results came back positive, so they needed to do two more biopsies.”

Though it was a day that would typically warrant a cause for celebration, Jenny spent her twentieth wedding anniversary undergoing both biopsies. As if the results were an anniversary gift themselves, Jenny was informed that both biopsies came back negative. She and the care team were excited, but there was still another lump that would require monitoring. In the meantime, Jenny was referred to her primary care physician to discuss a treatment plan.

“My physician recommended a mastectomy because of my family history,” Jenny explained. “I was ok with that, but I was then told that it wouldn’t be possible to remove all breast tissue and I could still get cancer in the remaining tissue. The only problem being that I wouldn’t be able to get a mammogram to find it. A lumpectomy would have a much higher chance of cancer coming back, but it could easily be found by a mammogram.”

Luckily, Jenny’s surgeon put her internal debating to rest. He informed her that her cancer was still confined to one area, so it would be better to remove the lump rather than perform an aggressive mastectomy. Her surgery was scheduled almost exactly six months from her original diagnosis, with radiation therapy planned several weeks afterwards. The treatment would be done five times a week for four weeks.

“The biggest challenge was trying to work with all these appointments and treatments, especially while having a son still in school,” Jenny reflected. “I was never scared, but I wished they had explained the procedures better. I didn’t know it would be six weeks between surgery and radiation. Not knowing what to expect was really hard.”

During her six month follow up in February 2020, a mammogram revealed another lump in Jenny’s other breast. While her care team is convinced the lump is benign, Jenny has her doubts. She has experienced discharge from her nipple during the mammogram, similar to the one that yielded a positive biopsy. Despite knowing what a long and daunting experience treatment may be, Jenny remains optimistic. With the endless support from her husband and sister, she knows she can face whatever is to come.

“If the lump is cancerous, I know my team will take care of it,” Jenny expressed. “I feel very fortunate to have caught it so early. If I have to go round two with this, then let’s go. The radiologists are wonderful. I never had any doubt they’d cure me before, and I know they’ll do it again if necessary.”

Breast cancer is the most common cancer for women worldwide. The National Foundation for Cancer Research has long supported some of the top breast cancer researchers in the world, including Susan Band Horwitz, Ph.D., NFCR-fellow of 20 years and the 2020 Szent-Györgyi Prize for Progress in Cancer Research winner. Dr. Horwitz is well-known for her work surrounding the blockbuster cancer drug, Taxol. Her work enabled the successful translation of the drug into the clinic, and it is now one of the most frequently prescribed medications in the world for the treatment of breast, ovarian and lung cancers.

Your ticket for the: From Certified Nursing Assistant to Patient: Life on the Other Side of the Bed

From Certified Nursing Assistant to Patient: Life on the Other Side of the Bed