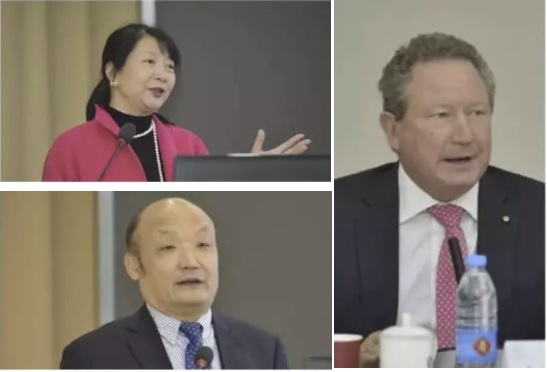 In recent months, the National Foundation for Cancer Research (NFCR) has signed memorandums of understanding with two major foreign institutions, the China Pharmaceutical Innovation and Research Development Association (PhIRDA) and the Australia-based Eliminate Cancer Initiative (ECI). The former is China’s pharmaceutical industry R&D body, comprised of member companies, whereas the latter is the cancer battling program of the Minderoo Foundation, a philanthropy founded by the wealthy mining magnate Andrew Forrest, chairman of Fortescue Metals Group.

The three influential organizations teamed up on April 13th to co-host the China Brain Cancer Mission Round Table in Beijing, a gathering of three-dozen decision makers among premier Chinese, U.S. and Australian government, industry, philanthropy, clinical, university and investment organizations focused on combating the disease among the three countries. The Meeting was held at new facilities of Beijing Tiantan Hospital (BTH) of Capital Medical University (CMU), a respected Chinese medical institution which too served as its lead organizer.

Among the day’s highlights was a presentation by two of ECI’s Policy Advancement and Clinical Sciences Board Members, introducing the organization’s guiding principles and current goals for cooperation with Chinese (and U.K.) brain cancer research teams. Those two ECI representatives were Dr. Ronald DePinho, the Past President of the University of Texas MD Anderson Cancer Center, and Dr. W.K. Alfred Yung, a Professor there. Both gentleman have strong NFCR ties—the former, the winner of the Foundation’s 2009 Szent-Györgyi Prize for Progress in Cancer Research, and the latter, a scientist who had recently been funded by us.

Additional sessions included an update from Ms. Jinju Li, Deputy Director of the China Food and Drug Administration’s Department of Drug and Cosmetics Registration, focused on the topics of priority review, approval and extended clinical trials for brain cancer drugs.

In conclusion to the event, the participating experts, scholars and entrepreneurs agreed and challenged one another to:

Your ticket for the: Bringing International Partners Together