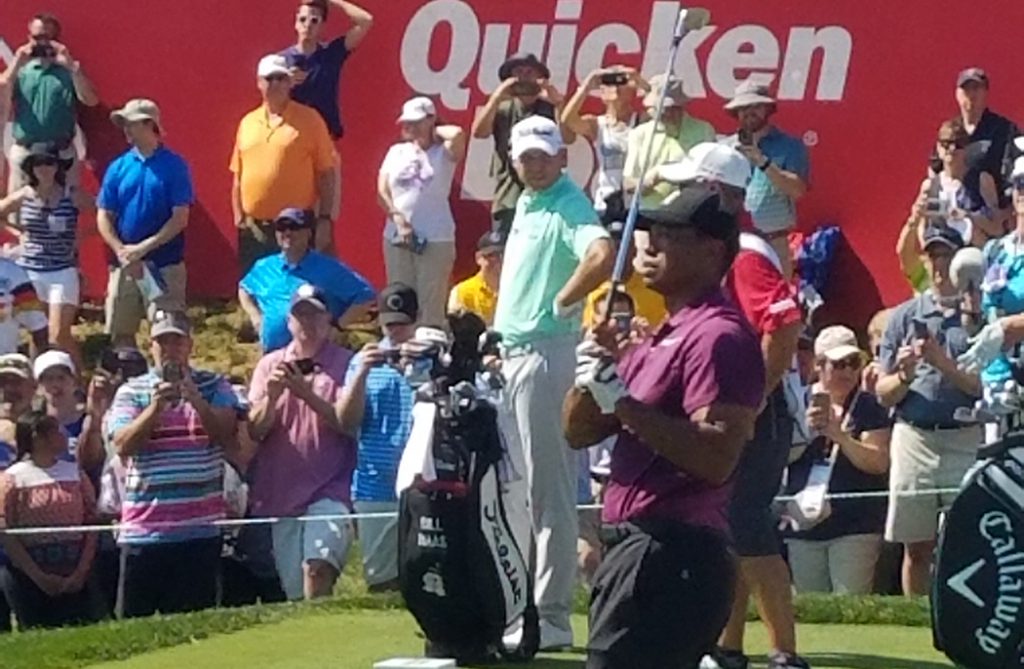 For the second year in a row, volunteers from the National Foundation for Cancer Research (NFCR) partook in the annual Quicken Loans National Golf Tournament, held in the Maryland suburbs of Washington, DC from June 25th to July 1st. Participants from a variety of age groups and backgrounds, including high school students, came out in the heat to raise awareness and funds for cancer research.

Professional golfers, including the event’s host, Tiger Woods, flocked from all over the world to play in the tournament which honored those in our nation’s military and too served as a benefit for the Tiger Woods Foundation (TGR). Proceeds made directly through the tournament benefited the latter’s STEM education and college-access programs, as well as TGR’s Earl Woods Scholar Program. While opportunities for indirect proceeds were availed to a select group of other charities, including NFCR.

Volunteers for NFCR offered their time and energy in association with Levy Restaurants, a professional caterer providing food services to dozens of the country’s leading golf and other high-profile events and venues, including the U.S. Open and Ryder Cup. Over 90 persons contributed by selling food and drink at the tournament’s multiple Levy concession stands to large crowds of hungry and thirsty golf enthusiasts.

“It was the first time I worked at a concession stand,” she shared. “I learned good customer service, teamwork and gained a lot of experience in the four days that I volunteered.”

Representatives from NFCR were also on site to connect with tournament attendees and answer fans’ questions throughout the day. Many patrons, upon learning about the cancer-fighting organization and being moved by its mission and impact, made generous donations to it in addition to their meal and snack purchases.

“People were glad to hear that we were representing NFCR,” Riddle expressed, making note too of the most famous golfer in the world’s favorable impact on his and his team’s efforts. “Tiger Woods certainly had the biggest fan base, and when he walked by things definitely got busy in the concessions tent.”

It was another great year for all who participated and volunteered in the Quicken Loans National Golf Tournament, and their efforts are greatly appreciated by NFCR.

Your ticket for the: Teeing It Up for a Cure