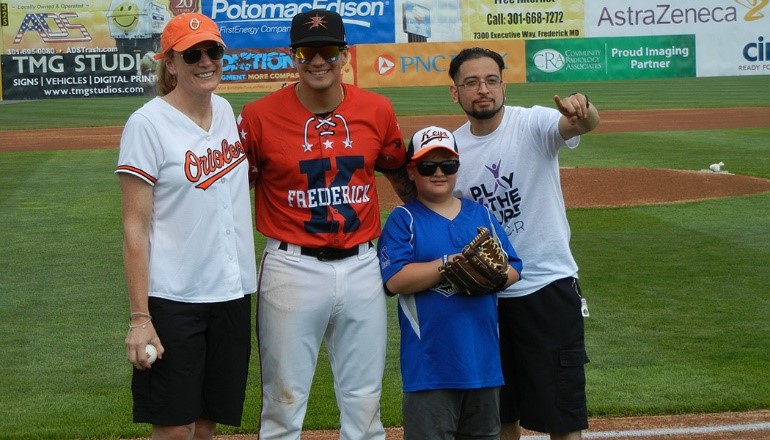 The Play4TheCure team had our very first tour stop as part of the P4TC Summer Series. After a long week of rain, the sun came out and the Frederick Keys were able to host their Play4TheCure #ALLCAPS game as a part of a double header on Sunday.  The #ALLCAPS theme is in support for the local professional hockey team, the Washington Capitals, currently playing in the Eastern Conference Finals.

The Keys took on the Myrtle Beach Pelicans at home wearing the Washington Capitals “Summer Classic” themed jerseys, winning both games of the doubleheader. The Play4TheCure team was set up on the concourse passing out information, answering questions and handing out bracelets, temporary tattoos, bags and t-shirts. Also on the concourse were members of the Frederick Keys marketing team auctioning off the game-worn Capitals-themed jerseys and a signed puck by Capitals goalie Braden Holtby. Winning fans were able to go on the field after the game to meet the players, take photos and have them sign their game worn jerseys.

Before the start of the second game Steve Yax, a cancer caregiver, threw out the first pitch on behalf of Play4TheCure. Afterwards, he joined us as a volunteer on the concourse to speak with fans about our work. 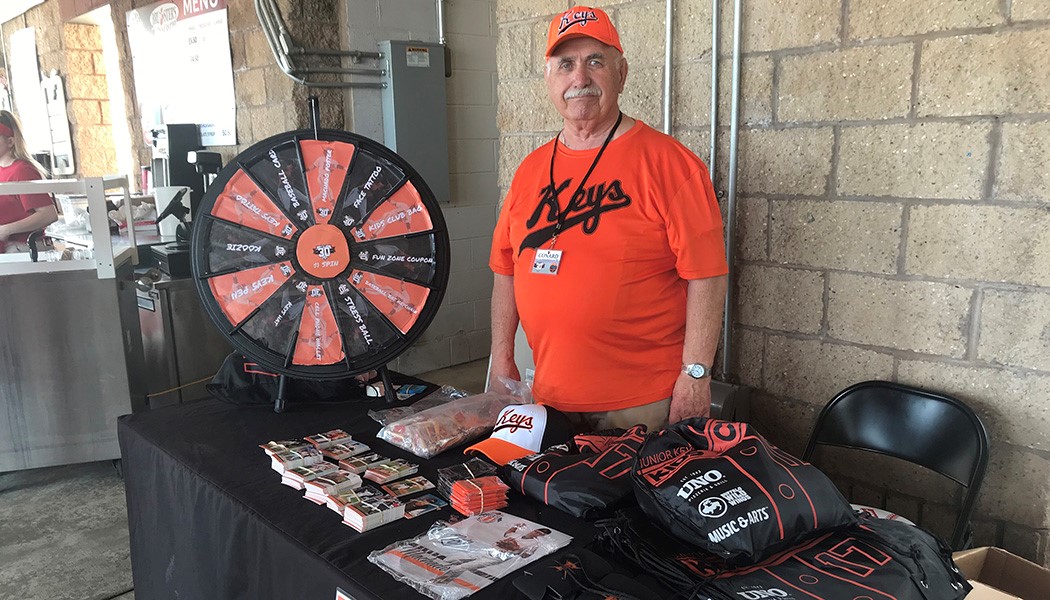 As game one started so did the always popular prize wheel surrounded by kids running up for the chance to win Keys themed prizes. This was a great way to get kids involved and excited about giving back to a great cause!

The Keys also held a 50/50 raffle, so one lucky fan was able to take home $131, as Play4TheCure received the other half, funding cancer research for a CURE.

We loved being out there spreading the word about our program, we still have three more games included in our Summer Series; make sure you come out and support!

Your ticket for the: RECAP: Play4TheCure Summer Series Game One