In the name of friendly competition, we’re highlighting our top ten fundraisers so far this fall as a way to honor and acknowledge the teams who work so hard to support Play4TheCure. Please note that this list only represents teams that have sent in their donations as of October 31, 2017 and we will continue to update this list through the end of the year as more donations come in! We’re grateful for all the teams that donate to Research for a Cure, big and small.

1. Upper Dublin High School Field Hockey | Upper Dublin, PA- Earlier this season we highlighted Upper Dublin Field Hockey’s Corners for Cancer event. What initially started as a game to honor a former player’s mom who was battling Stage IV Breast Cancer nearly 10 years ago, has grown into a community-wide Play Day honoring everyone affected across ALL Cancer. This year Upper Dublin Field Hockey played on October 14 and raised $9,500, bringing their lifetime total fundraising for NFCR over $60,000.

2. Chelsea Field Hockey Team | Chelsea, MI- Another long-term supporter of the Play4TheCure program, the Chelsea Field Hockey team rallied together in support of their confounder, Roxy Block, who was diagnosed with cancer in 2010. Not only does the Chelsea High School team Play4TheCure, but they collaborate with local middle and high schools in the area, including Beach Middle School, Dexter Field Hockey, and Greenhills Middle School to make an impact on cancer research. This year’s pink game raised $4,314.17, nearly doubling the team’s contributions the previous year. 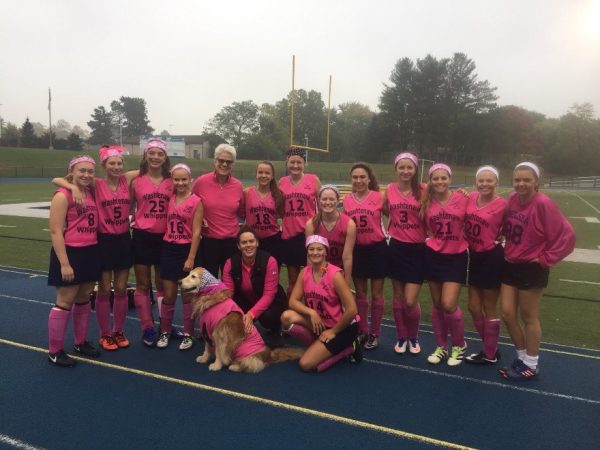 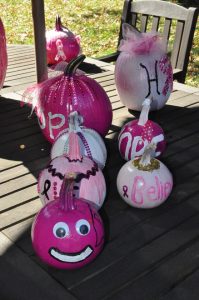 4. George Washington University Club Field Hockey | Washington, DC- A shining example of the power of peer-to-peer fundraising, the GW Club Field Hockey team was motivated to give back because (like many teams) everyone has been affected in one way or another by the disease. On their Crowdrise page, more than 25 members of the team created individual fundraising pages to help boost their efforts. Amassing many $10-$25 from friends, family, and classmates together the team raised $4,178. 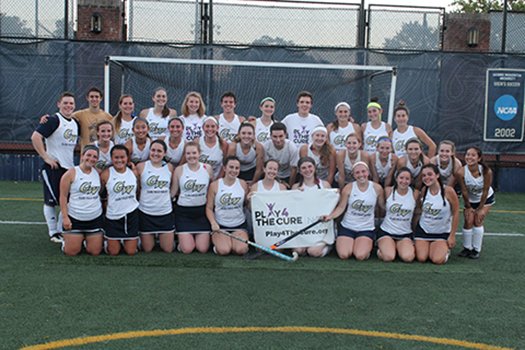 5. The Key School Field Hockey, Volleyball, Girls’ and Boys’ Soccer | Annapolis, MD- In 2016, Key School Sophomore, Delaney Snowden, organized the Marcella Yedid Athletic week in honor of the school’s Headmaster who passed away from Colon Cancer. Along with her Field Hockey team, the Volleyball, Girls’ and Boys’ Soccer teams joined to raise funds for the cancer area of their choice. This year all four teams returned and together they raised $3,210.

6. New England Women’s & Men’s Athletic Conference Field Hockey Coaches- Organized by Babson Head Coach, Julie Ryan, all nine NEWMAC Field Hockey Coaches united together in support of cancer research. Putting aside their competition, these coaches epitomized what it means to ‘Play4’ something bigger than the game. Together, they have raised $3,023 so far. 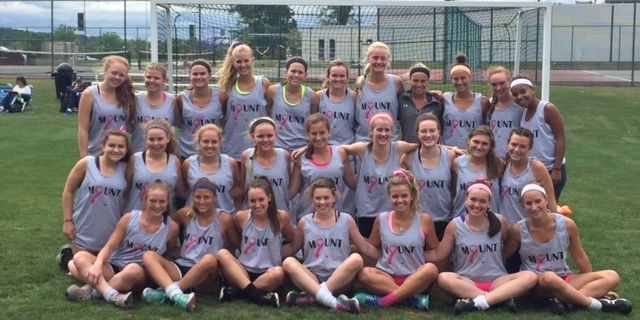 8. Manhattanville College Field Hockey | Purchase, NY- Using their fundraising efforts as a team bonding experience, each member of the Manhattanville Field Hockey team created an online fundraising page that they shared with friends and family via email and social media. With unwavering support from their Assistant Coach and Team Mom, the Lady Valiants raised $2493, doubling their contribution from 2016.

9. Longmeadow High School Field Hockey | Longmeadow, MA- For their 7th annual Play4TheCure game, Longmeadow honored the woman who helped start the tradition in their community who unfortunately passed away this year. Lead by two of their own high school athletes, Longmeadow’s Field Hockey team came together to raise $2,200 dollars!

10. Bucknell University Field Hockey | Lewisburg, PA- Having dedicated a game to Play4TheCure for the past 5 years, Bucknell Field Hockey turned it up a notch this season to raise nearly 2.5 times more than they have over the past 4 years combined and become a top ten team! This year the girls rallied to raise $2,150.

If your team still needs to send in your donation*, you can do so online at: https://donate.nfcr.org/a/play4thecure  or mail checks to:

*Be sure to note what team this donation is made on behalf of so we can give credit where credit is due!