Cervical cancer continues to affect women of all ages worldwide. The disease often presents no symptoms in its early stages, which is why it is often referred to as one of the “silent killers.”

In addition to specific projects listed below, genomics research is helping us attack cervical cancer – and all types of cancer. NFCR has distinguished itself from other organizations by emphasizing long-term, transformative research and working to move people toward cancer genomics.

Dr. Paul Fisher is developing novel therapies that deliver an immune modulator gene he discovered, IL/24, to primary and spreading tumor cells of many cancers, leaving healthy cells untouched. In models of cervical and numerous other types of cancer, IL/24 causes the tumor cells to commit ‘cell suicide’.

I/24 has other powerful anti-cancer properties including activation of the immune system to further fight cancer and sensitizing tumor cells to radiation, chemotherapy and immunotherapy. One type of IL/24 gene therapy in development by Dr. Fisher’s team also includes a gene that fluoresces (lights up) when IL/24 finds and destroys tumor cells for theranostic approach (detection and treatment-monitoring). Another therapy combines IL/24 with a patient’s own immune T cells (adoptive cell therapy) to supercharge the T cells to fight cancer more effectively. Research is advancing quickly so patients with many types of cancer may benefit from these groundbreaking therapies.

With support from NFCR, Dr. Fisher and Dr. Web Cavenee are first advancing the lL/24 therapies for the aggressive brain cancer, GBM. IL/24 gene therapy will advance soon to a Phase I clinical trial to provide GBM patients hope for a new effective treatment.

Former NFCR-supported scientist, Dr. Harold F. Dvorak, received NFCR funding for over 30 years. He discovered the vascular endothelial cell growth factor (VEGF), which plays a central role in angiogenesis—the process by which tumors recruit blood vessels to supply the nutrients they need to grow and survive. Dr. Dvorak’s breakthrough led the research community to develop inhibitors of VEGF. One anti-VEGF targeted cancer therapy, Avastin®, has treated over 1.5 million patients with various types of primary and metastatic cancers. In 2014, this anti-VEGF antibody combined with chemotherapy was approved by the FDA to treat patients with persistent, recurrent or metastatic cervical cancer. 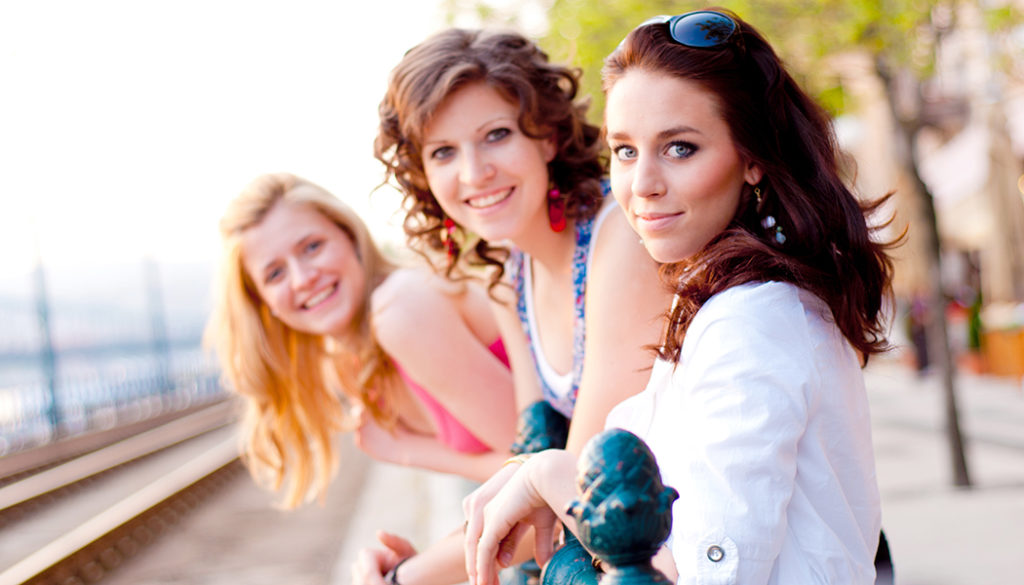 Buried amongst the pandemic commotion was American Cancer Society’s newest cervical cancer screening guidelines. Cervical cancer affects women of all ages worldwide and is often dubbed ‘the silent killer’ as it presents with no symptoms in the early stages. Luckily there is an effective screening method to help reduce the number of late-stage diagnoses. Though the latest guidelines were announced in July 2020, Cervical Cancer Awareness Month is an excellent time to remind people of these latest changes. Who should get screened? People with a cervix aged from 25 years to 65 years should get screened. People over the age of 65 who have had regular screening in the past 10 years with normal results and no history of abnormal cells in the cervix (nor a more serious diagnosis in the part 25 years) should stop cervical screening. Once stopped, it should not be started again. People who have had a total hysterectomy (removal of the uterus and cervix) should stop screening unless the hysterectomy was done as a treatment for cervical cancer or serious pre-cancer. However, those who have had a supra-cervical hysterectomy (hysterectomy without the removal of the cervix) should continue cervical cancer screening in adherence to the guidelines. Cervical cancer screening should continue even after having children and after being vaccinated against the human papilloma virus (HPV). What is the recommended way to get screened? The preferred screening is to get a primary HPV test every five years. A primary HPV test is an HPV test that is done by itself for screening. The US Food and Drug Administration (FDA) has approved certain tests to be primary tests, however these may not be widely available in the United States yet. For those who do not have access to a primary HPV test, it is recommended to either undergo a co-test every five years, which combines an HPV test with a pap test OR schedule a pap test alone every three years. Why should I get screened? Being screened for cervical cancer allows medical professionals to identify pre-cancers that are likely to progress to cancer and remove them before they are able to progress. Screening also allows medical teams to identify cervical cancer at an early stage, when it is mostly easily treated. What happens if the results come back abnormal? Abnormal results are frightening, but it’s important to be prepared. If results come back abnormal, discuss the results carefully with the healthcare team. It is important to understand what the results mean and know the course of action for what is to come. The healthcare team will discuss follow-up schedules, tests, and treatment options depending on the specific risk of developing cervical cancer. However, if any issues or concerns arise between screenings or appointments, see a doctor right away. Symptoms of cervical cancer include unusual bleeding, unusual discharge from the vagina, or pain during sex and, if experiencing any of these symptoms, schedule a screening as soon as possible. It’s important to remember that you should consult your doctor on all of your health questions and prior to making important decisions regarding your healthcare. Additional Reads You […] 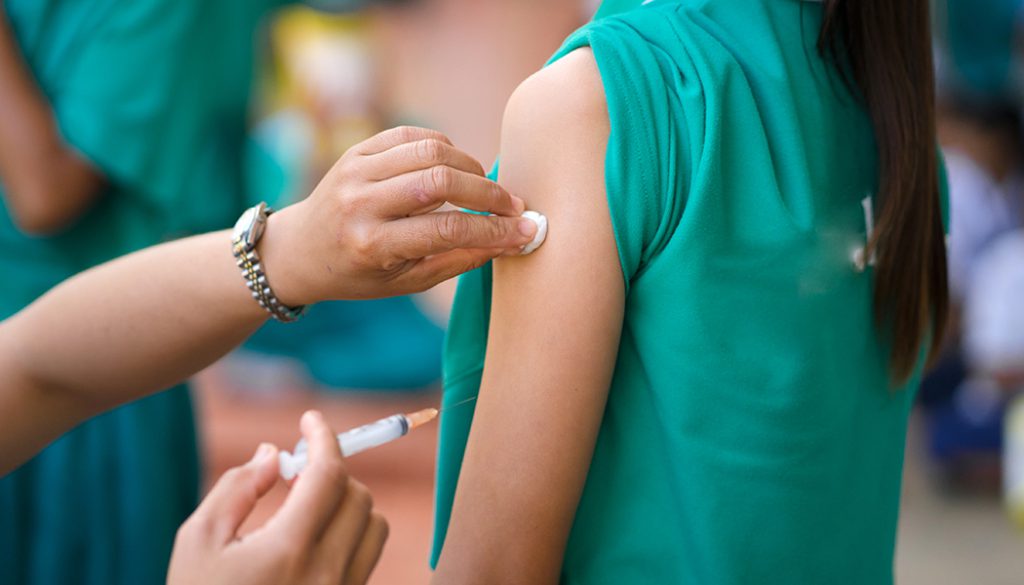 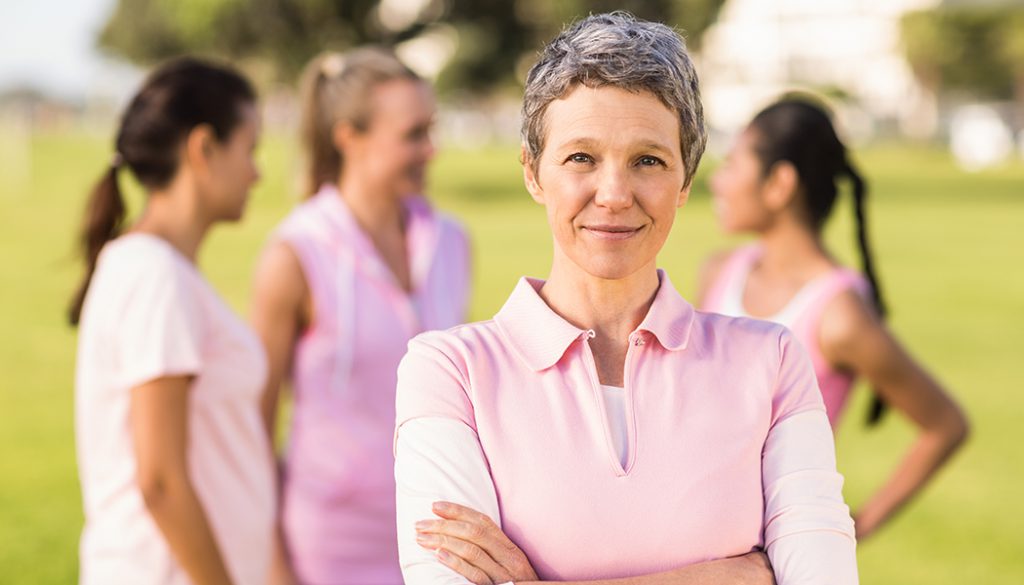 As we honor Gynecologic Cancer Awareness Month, it’s important to be cognizant of the realities of these deadly diseases. All women with reproductive organs are susceptible to developing one of the seven gynecologic cancers, with the exception of women who have received a full hysterectomy and are at a lower risk. Know your body, know the facts, know your risk. #1. Gynecologic cancer is an umbrella term for seven different cancers that occur in women’s reproductive organs. Types of gynecologic cancers include… Cervical cancer. This occurs when the cells inside and outside the cervix mutate. This is the most preventable cancer through annual screenings and routine check-ups. Treatment can look like surgery, chemo, radiation or immunotherapy. Vulvar cancer. This cancer is unique to other gynecologic cancers because it forms on the outside of the genitalia on the labia. Receiving the HPV vaccination decreases the chances of developing vulvar cancer. Depending on the type and stage it’s found in, the cancer has a variety of treatment options. Uterine/endometrial cancer. Caused by cells growing too rapidly on the lining of the uterus, the most common diagnosis of uterine cancer is endometrial carcinoma. There is a high risk of metastasis for uterine and endometrial cancer. This cancer usually results in an operation, but chemotherapy and radiation are implemented in treatment plans too. Vaginal cancer. Vaginal cancer is one of the rarest gynecologic cancers. It typically occurs in the lining of the vagina and most cases require surgery or chemo. Getting an HPV vaccine can reduce the risk of developing vaginal cancer. Ovarian cancer. Three subgroups exist under ovarian cancer: stromal cell (begins in cells that produce female hormones), germ cell (begins in cells that produce eggs in the ovaries) and epithelial cancer (originates in cells that line the ovaries or fallopian tubes). Ovarian cancer is primarily treated with surgery in combination with chemo. Gestational Trophoblastic Disease (GTD). GTD occurs when unusual uterine cells grow to what would normally be a placenta during a healthy pregnancy. This cancer is highly treatable and allows women to carry healthy pregnancies afterwards. Primary Peritoneal Cancer. A relative of epithelial ovarian cancer, this disease presents few warning signs and can result in the removal of the ovaries. Cells in the peritoneum, a thin layer of tissue surrounding the abdomen, mutate into cancer cells. #2. Some gynecologic cancers have very few symptoms. Women with gynecologic cancers don’t always experience the same symptoms, and some experience little to no symptoms at all. Other times, symptoms like bloating, back pain or quickly feeling full while eating are difficult to recognize as being related to cancer because they occur from other ailments. The different subtypes of gynecologic cancer present different symptoms; ovarian cancer is known to have the most such as abnormal bleeding, constipation, pressure and pain, while cervical cancer, a disease known as the “silent killer”, only present irregular discharge or menstrual bleeding. Talk to a doctor right away if you are demonstrating bleeding between periods, after intercourse or after menopause, and if you have any other signs or symptoms of gynecologic cancer for two weeks or longer. Read a  list […]

Your ticket for the: Cervical Cancer