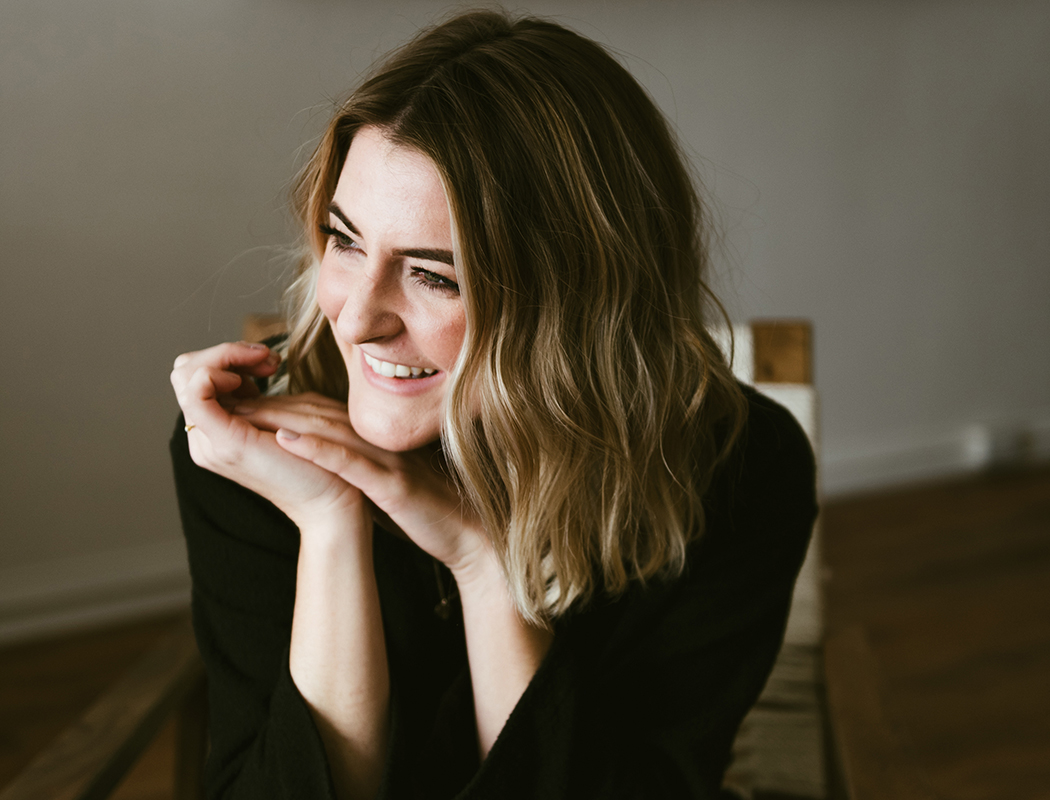 Next month, we acknowledge Thyroid Cancer Awareness Month through September. Thyroid cancer is one of the most curable cancers. It has a 95% five-year survival rate and can typically be removed with surgery. Though many individuals diagnosed with thyroid cancer may feel optimistic about their treatment, there are still countless anxieties racing through their mind. Knowing that many people survive this disease doesn’t make a diagnosis any less stressful. This was the case for Brittany George, who was diagnosed with thyroid cancer earlier this year. As next month is Thyroid Cancer Awareness Month, it is important to understand that the battle doesn’t always end when the cancer is removed.

Between owning a company with her best friend and traveling to a new country each year, Brittany was truly living her dream. She kept an active lifestyle and seemed to be the epitome of health. However, about two months before her 28th birthday, she scheduled an appointment with a new doctor. Expecting a routine visit, Brittany was shocked when her doctor pointed out a mass on her neck. She was scheduled for an ultrasound, then a biopsy, and was diagnosed with thyroid cancer within a month.

“As soon as I was diagnosed, I had to schedule a surgery,” Brittany explained. “I wasn’t nervous about dying, but the surgery still scared me. I was terrified to live without something that regulates the whole body.”

To ease her anxieties, Brittany took to the internet to find others who had a similar experience. Between the sheer fear of having cancer and the disappointment in her body’s ‘failure’, she hoped to find solace amongst others who may have felt the same way. Brittany was eager to be reassured that what she was feeling was normal for her situation. However, much to her disappointment, her internet searches were fruitless. Brittany was able to find seemingly endless information about thyroid cancer statistics, but no personal experiences or stories to ease her mind. Determined to relieve her anxieties and nerves, Brittany began using her Instagram to connect with others. With further digging, she was finally able to find many others battling thyroid cancer willing to talk about their experiences.

“Talking with other people made me realize that it’s normal to feel a little bit alone and isolated,” Brittany shared. “Even with supportive family and friends, your body and your emotions just feel thrown off.”

Once Brittany underwent a successful surgery, she realized that the challenges were far from over. She noticed a dramatic shift in her energy levels, proving it difficult to get through a full work day. In addition to her lack of energy, Brittany also had to patiently wait for her voice to return after her vocal cords were nicked during the surgery. For a busy business owner, a lack of energy and difficulty speaking proved to cause additional stress.

“I feel like myself, but there are still some bad days,” Brittany said, two months after her surgery. “I learned to cope by taking some time to myself any time I felt down. I would sometimes just sit outside with no phone and I’ve also started meditating in the morning. Cancer is usually the first thing I think of when I wake up, so starting the day with a clear mind has helped me a lot.”

Brittany is due for one radioactive treatment before she’s in remission. Though her experience with thyroid cancer has been challenging, Brittany acknowledged gratitude in the difficulties. Despite being optimistic about the treatment, she still experienced a change in her perspective on life. She gained further appreciation for time with loved ones, in addition to learning to cherish time alone. Perhaps most importantly, however, was the love and admiration that grew for herself and her body as she overcame the disease.

“You never think it will happen to you,” Brittany expressed. “It feels overwhelming at first, but you learn to be your own best friend. You start to trust and listen to your body – and realize that you’re stronger than you thought.”

Your ticket for the: Blindsided by Thyroid Cancer: Brittany’s Story