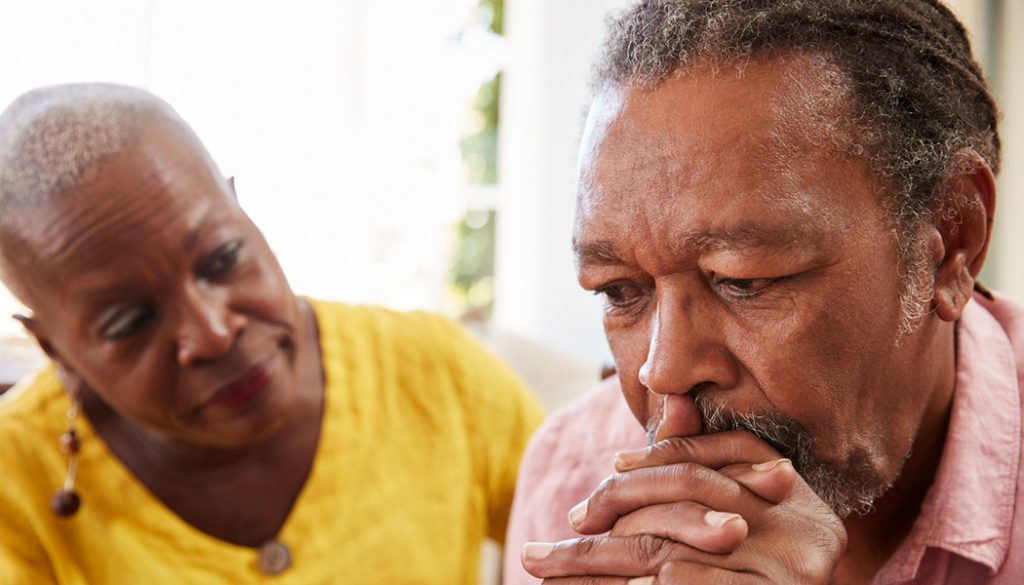 Cancer drugs effective at prolonging life and its quality, cures for some forms of the disease that had previously been bearers of certain death and preventive vaccines that all but eliminate risks of other forms—these have been the fruits of decades of ever-advancing cancer research. Survivorship has increased, and for this we all are thankful.

Today is National Cancer Survivors Day—a day of joy and gratefulness. Though the National Foundation for Cancer Research also knows it’s important to address another important issue, and feels strongly that today is an appropriate time.

Tremendous strides in cancer survivorship have been made. But over 600,000 Americans will still die from the disease this year. And those that suffered from but survive the same forms of cancer that took the lives of so many others are often left with feelings of guilt.

What is Survivor’s Guilt?

Cancer evokes a lot of emotions. It can cause fear and anxiety when it is diagnosed, and it can bring sheer elation when it is defeated. However, one often overlooked feeling that cancer may introduce is guilt. While many assume the 15.5 million survivors are constantly celebrating their victory over the disease, they actually often battle with survivor’s guilt.

“I was definitely relieved when I was cancer-free,” survivor Michelle Thomas shared. “But I also felt really overwhelmed. It was a great feeling, but I kind of felt like I was being watched by everyone. Like, when I had unproductive days, I felt like people were thinking that I was taking my health for granted. On some level I knew no one was thinking that, but I was really anxious about a lot of my choices.”

Society suggests that survivors should feel relieved and lucky to have overcome cancer. The truth, however, is that many survivors have a deep-seated feeling of guilt. The guilt can emerge from questioning why one person survives a disease when another does not. It can also emerge from feeling as if they’re taking life for granted. While feeling guilty is completely normal amongst many cancer survivors, the big issue is that few people talk about it. It becomes a silent suffering that may impact mental health.

“When I was going through treatment, I felt like a burden on my family,” survivor Kathy Blackman expressed. “Once I was in remission, I still felt down on myself. I can’t quite express why I felt that way, but I certainly didn’t act like someone who won another 30 years or so in life.”

How Do Others Cope?

NFCR asked some survivors how they dealt with guilt once in remission. Though everyone may have a different experience, it seems as if there are shared coping mechanisms to work through survivor’s guilt. Below are the top responses on how to cope from our informal battling survivor’s guilt survey:

When to Seek Professional Help?

Nearly everyone will have a different experience when it comes to survivor’s guilt. However, one of the most shared encounters is thinking that the feeling will pass. For many, it will pass in due time. Others, unfortunately, experience what seems like endless guilt. If the guilt, or similar feeling, is disruptive to daily life, it is important to seek help from a counsellor or a support group.

Your ticket for the: Survivor’s Guilt: The Ongoing Battle