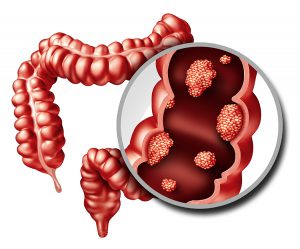 President Bill Clinton declared March Colorectal Cancer Awareness Month in 2000, highlighting a disease that represents eight percent of all new cancers diagnosed yearly and, out of the estimated 135,430 people who developed it just last year, caused an estimated 50,260 deaths in the United States alone. As outlined in a February 2018 report, a team of researchers working at Yale University engineered an antibody that blocks the growth of colorectal cancer models. If the findings successfully move on to clinical trials in human patients, a powerful new tool in the fight against colorectal and other cancers will have been established.

The research concerns two proteins, DKK2 and Wnt. Wnt proteins, in fact, form a huge “family” responsible for signaling the developmental and biological development of cells. However, under certain conditions, scientists have come to realize that the signals coming from Wnt directly affect the development of cancer, although the mechanics of how was not understood.

“We found that this Wnt inhibitor, DKK2, which was thought to inhibit tumor formation, promoted tumors through suppression of tumor immunity,” said Dianqing Wu, senior study author and professor of pharmacology at the Yale School of Medicine. He adds, “If you inactivate, or neutralize, or blockade this inhibitor, it causes reduction of tumor formation through activation of the host’s immune system.”

Colorectal cancers are notorious for developing resistance to immunotherapies designed to trigger the patient’s own immune system into fighting tumors more aggressively, suggesting to the Yale researchers the presence of an unidentified agent acting behind the scenes, which led to the focus on DKK2. The Yale team then went about “inhibiting the inhibitor.” Wu explains how, in order to explore the role of DKK2 (short for Dickkopf-related protein 2) in cancer, researchers crossbred a mouse model of colorectal cancer with mice lacking the protein. The resulting offspring had fewer and smaller tumors.

Genetic or antibody-mediated ablation of DKK2 has been shown to potentially activate the natural killer cells of a patient’s immune system, specifically CD8+ T cells (the body’s in-built cancer killers); impede tumor progression; and enhance the effects of the PD-1 blockade, which can restore immune function within the tumor. Anti-DKK2 antibody treatment could prove a boon for medical scientists facing cancers that become resistant to immunotherapies designed to trigger the patient’s own immune system into fighting tumors more aggressively.

Another uptick is that the anti-DKK2 antibody could prove a boon for medical scientists facing other cancers that become drug-resistant. Wu and his colleagues note that in addition to colorectal cancer suppression, the antibody may also be effective in blocking the growth of certain melanomas when combined with standing immunotherapies.

The findings appear in the Nature Medicine scientific journal.

Your ticket for the: Researchers Develop Antibody to Fight Colorectal Cancer