In Remembrance of Dr. Aaron Klug 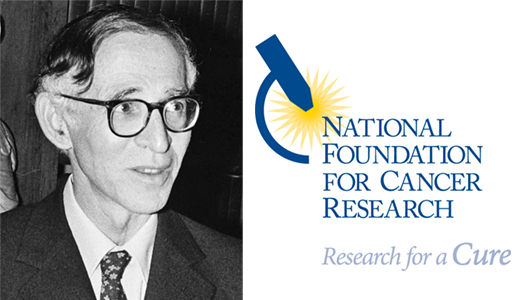 The National Foundation for Cancer Research remembers and recognizes the contributions of Aaron Klug, Ph.D., who passed away on November 20, 2018, at the age of 92. Born in Lithuania to a Jewish family in 1926, Aaron Klug grew up in South Africa and moved to the United Kingdom during his early adulthood. He earned a Ph.D. in physics, yet in 1982 was awarded the Nobel Prize in Chemistry “for his development of crystallographic electron microscopy and his structural elucidation of biologically important nucleic acid-protein complexes.” Dr. Klug was supported by our organization for decades, including during his time as director of the Medical Research Council’s Laboratory of Molecular Biology in Cambridge, England, where his work coincided with other NFCR-supported scientists, including Terence Rabbitts, Ph.D. His NFCR-funded efforts included novel research on “zinc fingers,” which bind specific DNA sequences in a leukemia gene and was found to stop uncontrolled cancerous growth in mouse cells. Dr. Klug’s studies on the role of chromosome translocation in the development of cancer too were backed by NFCR. Over the course of the decade, he and his team developed methods of applying important discoveries which they had made to the study and treatment of not only cancer, but also to such infectious agents as the human immunodeficiency virus and herpes simplex viruses.

Your ticket for the: In Remembrance of Dr. Aaron Klug

In Remembrance of Dr. Aaron Klug