Over eight years ago, Lucy Stanovick began efforts to educate others about metastatic cancer and fund research to find cures. Her story in terms of an unfortunate diagnosis may be common, but her story of giving and organizing is truly unique. To this day, over $200,000 has been raised in Lucy’s name for the National Foundation for Cancer Research. This is her story… 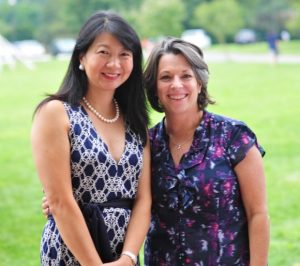 1, 2008 – she was just 42 years old. Lucy was an English professor, writer, devoted wife and mother of two and she was – understandably – blindsided by this diagnosis. She had always been health-conscious, did self-exams and received yearly mammograms, yet cancer still found its way in. In fact, her previous mammogram in July 2007 came back normal – no signs of cancer. Less than one year later, she was diagnosed with metastatic breast cancer.
Lucy did not sit idly by as she fought her own health battles. For the next four years, Lucy educated the public about metastasis and became involved in initiatives aimed to stop the spread of cancer. It was Lucy’s goal to see metastatic cancer become chronic, not deadly, so that one day when someone you love walks into a doctor’s office and gets told they have metastatic cancer, the prognosis will not be terminal.  Sadly, as the summer of 2012 came to an end, so did Lucy’s life—she passed away at the age of 46. 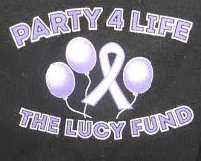 Metastasis causes more than 90% of cancer-related deaths, but receives less than 5% of the funding.

To educate others and raise money for research, Lucy gathered friends and family in 2008 for an all-day, all-night affair she called Party4Life.  Two years later, in partnership with NFCR, Lucy created the Lucy Fund for Metastatic Breast Cancer Research. These efforts have since grown to include even more events and a larger community of supporters dedicated to advancing leading-edge research for metastatic breast cancer.

Lucy selflessly fought for future generations. Her passion lives on and your generous support helps keep her spirit alive. 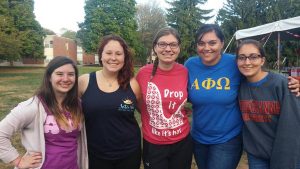 Under the leadership of Chapter President Vickie Smith, Party4Life incorporated the theme of Monsters University and featured food, games, speakers, and all around fun!

Dr. Danny Welch directs the NFCR Center for Metastasis Research in its investigations of cancer biology related to metastasis. Dr. Welch and his team have identified genes regulating metastasis, particularly metastasis suppressors; investigated the interactions between metastases and their surrounding tissues, especially for bone metastasis; and are now working to translate their findings into clinical practice.

Through research, they identified genetic changes that predict whether patients will or will not develop metastasis. At least some of these changes occur in mitochondria – where cells convert nutrients into energy. These results could determine that a simple blood draw and analysis of mitochondrial DNA – which is present in every cell and which is small enough to be rapidly analyzed – could be used to help doctors guide their strategies to treat patients.