The 3 Most Fatal Cancers in Men: Warning signs and how to prevent them 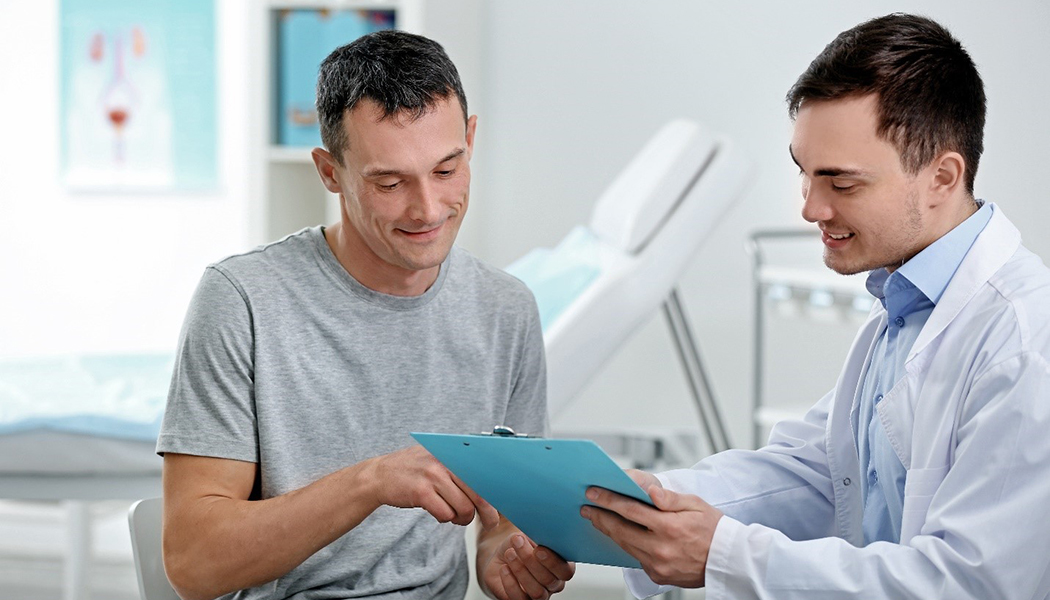 Men often talk about news, politics and sports with their friends. That’s great, but this week men across the country are encouraged to talk about something else: their health. Starting today and extending through to Father’s Day, the nation is turning blue for Men’s Health Week.

Men’s Health Week aims to heighten awareness of preventable health problems. It is a time to encourage early detection, healthy lifestyles and treatment of disease amongst men and boys. As cancer mortality is greater among men than it is among women, it is important that men are reminded to take necessary steps to protect themselves against the disease.

In 2018, approximately 324,000 men died from cancer in the United States. The combination of lung cancer, prostate cancer and colorectal cancer equates to half of those deaths. Surprisingly, large percentages of each of these cancers can be prevented or treated, relatively easily, if caught early. But, according to the Cleveland Clinic, only 42% of men visit a doctor when concerned about a serious problem. This can often cause cancer and other health problems to be detected at a later stage, making treatment more extensive and difficult.

In the past ten years, cancer survival rates amongst men have increased 1.8%. It is believed that this increase is due to better treatment options and new strategies for early detection. While researchers and medical professionals are hard at work to continue to increase survival rates, it remains absolutely necessary that men take their health into their own hands.

Though lung cancer death rates have declined significantly in the past 30 years, it still claims approximately 76,000 male lives each year. The U.S. Centers for Disease Control and Prevention states that men are more likely to smoke cigarettes than women. While tobacco usage is directly linked to lung cancer, quitting tobacco may not be an easy task. Luckily, there is a screening method for lung cancer. While the screening is not recommended for everyone, it can aid in early detection of lung cancer. Medical professionals may recommend screening for people aged 55-74 who have heavily smoked for at least 30 years.

Prostate cancer is ranked as the most common cancer amongst men. It is estimated that nearly 175,000 men will be diagnosed with prostate cancer this year. While there is little evidence in prevention methods of prostate cancer, it is possible to screen for abnormalities. Current guidelines suggest that men should be offered a prostate exam at least once a year. While it is easy to brush off and decline, men in their 40s and beyond should be undergoing prostate screenings of one sort or another  regularly. See NFCR’s popular Cancer Detection Guidelines for a quick-and-easy reference. Additionally, if a man is experiencing any issues with urination, he should get checked immediately. Warning signs of prostate cancer can include frequent urination, weak or interrupted urine flow, discomfort while urinating or blood in the urine.

While colorectal cancer is the third leading cause of cancerous deaths in men, the death rate in 2016 was half of what it was in 1970. This great success is due in part to advances made in treatments, as well as screening methods. Colorectal cancer screening is used to identify polyps before they become cancerous. One of the most commonly used screening methods is the colonoscopy. A colonoscopy is recommended every five to ten years for people of average risk.

While there are many steps each man can take to live a healthier life, starting with cancer prevention and regular screening is a great first step. As cancer survivor Justin Birckbichler says, there’s no better time than now to “man up” and take control of one’s health.

Your ticket for the: National Men’s Health Week