When The Internet First Took On Cancer - NFCR

When The Internet First Took On Cancer 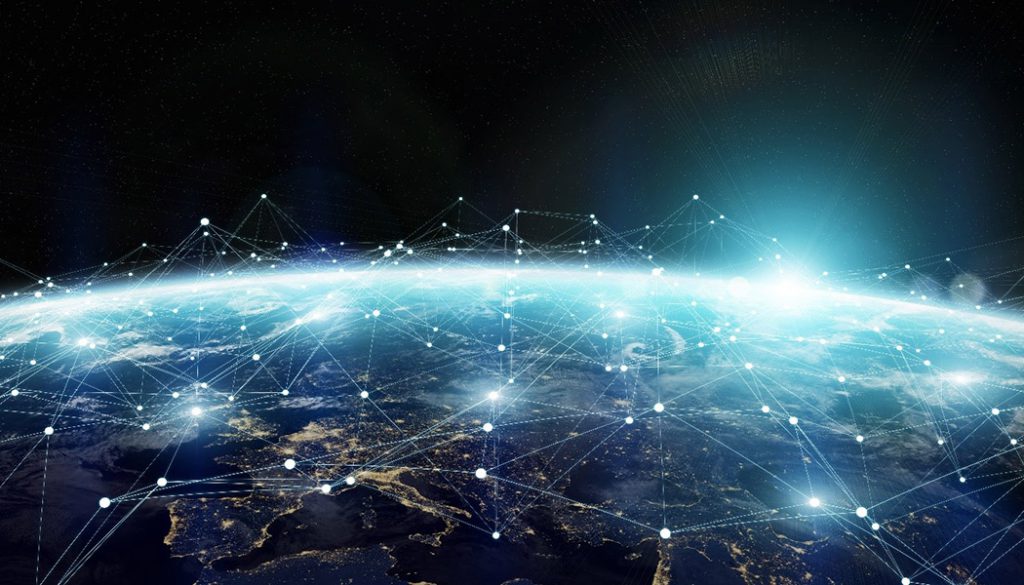 It was 2001 and Graham Richards, Ph.D., a scientist funded from 1982 to 2007 by the National Foundation for Cancer Research, was faced with a challenge: How to harness the power of a supercomputer for virtual cancer drug models when you have neither the budget nor the space required?

The need was fairly straightforward, albeit for a disease that is anything but.

Cancer comes in myriad forms, stemming from a plethora of sources. And while there are countless drugs that might be effective, matching the right drug molecule to the right protein, enzyme or gene can take years of research, development and trials before anything comes to the market.

Richards, then with Oxford University in the United Kingdom, had a eureka moment: If he could not have access to a supercomputer to test cancer models, then he would make one.

The idea served as the foundation of the Screensaver Lifesaver, a digital platform linking innumerable individual personal computers (PCs) from households and businesses around the world, linked via the Internet and forming a virtual supercomputer quite literally spanning the globe. The model was based on SETI, the famous Search for Extraterrestrial Intelligence, which encouraged millions of people to download a screensaver which activated when their computers were not in use, analyzing packets of e-mailed data.

“Although there are only tens of thousands of genes [and] a few hundred thousand proteins, [of] the little molecules that interact with those proteins, there are essentially astronomical numbers, possibly 18 billion,” said Richards in 2001. Continuing, he added, “we have a database [with] 250 million small molecules in it, orders of magnitude more than all the pharmaceutical companies in the world have… We would like to get to a billion small molecules, and we want to see how each of these little molecules will bind to and be a potential threat to attack [the target].”

The technique is called “massively distributed computing,” and Dr. Richards has since become widely regarded as a pioneer in the field of computer-based screening and drug discovery. Many of the techniques he implemented with NFCR backing in the very early years of the 21st Century are now universally applied in labs and companies worldwide.

To participate in the Screensaver Lifesaver, computer users downloaded a drug-discovery software application called THINK (“To Have Information and Knowledge”), as well as packets of data representing molecules. As a computer went into the idling, screensaver mode, the program—what we now call an “app”—activated, testing cancer computer models and relaying that information back to Richards’ lab.

“This project is about saving lives, about how anyone, anywhere, with access to a personal computer and the Internet can help create a ‘virtual supercomputer’ that researchers can use to discover the molecules that bind to proteins to stop cancers from growing,” said NFCR President Sujuan Ba, Ph.D. “[The app] could cut the time it takes to bring new cancer treatments to patients by several years.”

Over the course of the project’s six years, 2001 to 2007, 318,612 “members,” participated on 443,579 computers, on which 39,834,919 hours of processing time on THINK were allocated. The platform allowed researchers to screen 3.5 billion compounds—and at virtually no cost! The project produced a wealth of potential cancer drug leads for 12 target proteins and, importantly, revealed for the first time the viability of virtual screening using a distributed grid of PCs.

“What started out as the Screensaver Lifesaver project became a global research phenomenon,” Dr. Ba noted. “It takes a long, long time for that first seed investment in research to reach the translational and clinical stages, but when you prioritize innovative projects, it does pay off.”

Your ticket for the: When The Internet First Took On Cancer

When The Internet First Took On Cancer