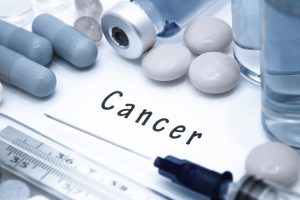 A research study conducted in both Denmark and the United States found a strong link between skin and lip cancer rates and the use of hydrochlorothiazide, one of the most popular blood pressure medicines in the world. The team, composed of members of the University of Southern Denmark, the Danish Cancer Society, and Dr. Armand B. Cognetta, Jr. of Florida State University, concluded the risk of developing skin cancer, squamous cell carcinoma and basal cell carcinoma in particular, is up to seven times greater for users of medicine containing hydrochlorothiazide.

“We knew that hydrochlorothiazide made the skin more vulnerable to damage from the sun’s UV rays, but what is new and also surprising is that long-term use of this blood pressure medicine leads to such a significant increase in the risk of skin cancer,” says Anton Pottegård, Associate Professor at the University of Southern Denmark and the initiator of the study.

“We have seen and followed many patients with different skin cancers where the only risk factor apart from exposure to sunlight seems to be hydrochlorothiazide,” echoes Cognetta, who has empirically noted in the past that hydrochlorothiazide is suspiciously prevalent among his patients, several of whom have hundreds of skin cancers each.

The study is based on about 80,000 Danish cases of skin cancer, and researchers calculated that about 10 percent of all Danish cases of squamous cell carcinoma may be caused by hydrochlorothiazide, a frequently used drug to treat hypertension in combination with other antihypertensive medicines. Researchers are quick to point out that in an industry where several drugs have similar sounding names, only medicines containing hydrochlorothiazide have been found to increase the risk of cancer. Other drugs may contain “hydrochlor” in their scientific name, but they are not chemically related to hydrochlorothiazide and therefore do not increase the risk of skin cancer per this study.

It has long been known that ultraviolet (UV) radiation can cause cancer, but the idea that hydrochlorothiazide could directly increase the chances of cancer, although suspected, remained elusive and unproven. Cognetta, who operates in sunny Florida, welcomes the study results, which establishes a link.

Developments in the field of skin cancer too include work by NFCR-sponsored scientist, Dr. James Basilion. He and his team at Case Western Reserve University are exploring how to make the surgical removal of skin cancer a more effective procedure. An imaging technique which they have designed and are perfecting can better allow surgeons to assess—during surgery and in real time—if all cancer cells have been removed. This novel approach could dramatically reduce re-excision rates and reduce or eliminate local tumor recurrence.

Your ticket for the: Hypertension Medicine Linked to Skin Cancer