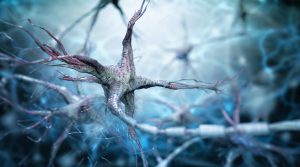 Triple-negative breast cancer (TNBC), which comprises 15% of diagnosed breast cancers, is an aggressive oncology type defined by the absence of specific receptor proteins that bind the estrogen and progesterone hormones present on normal breast cells. While advances have been made in TNBC therapies, because this particular type of cancer can so quickly spread to other organs, the long-term survival rate remains low. However, a study done by the Mayo Clinic identifies a hormone receptor which offers hopes for an enhanced treatment option.

The research, published in the October issue of Oncotarget, found the growth of TNBC cells that lacked estrogen receptor alpha, ERα, could be significantly slowed by treatment with estrogen or estrogen-like chemicals if the cells presented a second receptor, ERβ, short for estrogen receptor beta. The Mayo team also tested this approach in a mouse model which had TNBC cells grafted to it, and found that estrogen could prevent tumor growth and in some cases even cause tumor regression, if the cells expressed ERβ.

Importantly, further analysis found that the effects of estrogen on ERβ were in part due to proteins called cyclin-dependent kinases (CDKs) that control when and how cells divide, a vital cog in the mechanics of cancer.

The researchers also note that other studies have observed that patients with TNBC who lack ERα, but have ERβ, have not only an increased survival rate but are also more likely to become cancer-free, supporting the notion that drugs designed specifically to activate ERβ may provide therapeutic benefits in these patients.

Hawse and others in the study stress these findings are preliminary, and will have to be evaluated further in cellular and animal models before they can be considered for a clinical trial, a task that the research team is expected to take on in future studies.

Another promising research avenue on the horizon for TNBC treatment is being conducted by a collaborative team of NFCR-sponsored scientists: molecular pharmacologist Dr. Susan Band Horwitz of Albert Einstein College of Medicine and organic chemist Dr. Amos. B. Smith, III, of the University of Pennsylvania. Dr. Smith is synthesizing analogues of discodermolide, a natural product from a deep-water Caribbean sponge. Dr. Horwitz has demonstrated the leading candidates show major anti-tumor effects in TNBC cell lines and complex tumor models. Their years-long research on selected discodermolide analogues can have a high impact on the treatment of recalcitrant TNBC and ovarian and lung cancers as a first line drug for patients, and importantly, for patients whose cancer has spread or metastasized to other vital organs.

Your ticket for the: Hormone Receptor Identified for Aggressive Breast Cancer