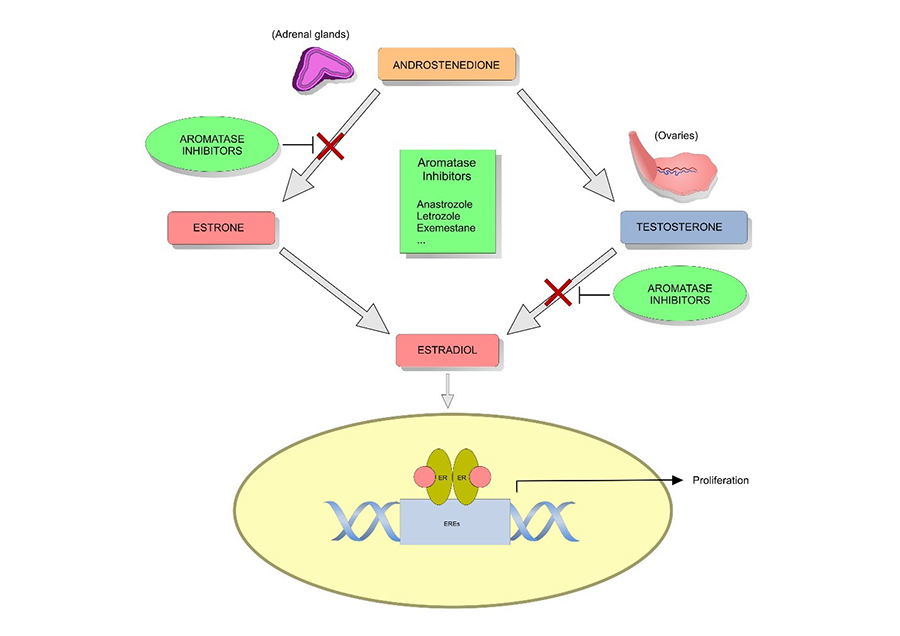 While recent medical discoveries, from drugs to imaging techniques, continue to revolutionize cancer care, none of them would be possible without foundations having been laid years, or even decades, earlier. Groundbreaking work by the late endocrinologist Jack Gorski, Ph.D., who passed away in 2006 and was funded by the National Foundation for Cancer Research from 1984 to 1992, is a case in point.

Gorski’s research on steroid hormone receptor action, which began in the 1960s, involved the early characterization of the estrogen receptor protein, laying the mechanistic foundations of estrogen-receptor interactions and the regulation of target cell functions. His seminal findings played a key role in opening up an entirely new field of nuclear receptors and their intracellular signaling pathways. Branches of hormone therapy treating cancer, as well as careers of hundreds of scientists across the globe, in both academia and clinics, can trace largely to his efforts.

Equipped with a bachelor’s degree in animal sciences, it was via a circuitous route that Gorski became interested in biochemistry. This, in turn, piqued his interest in genetics, which lead to an interest in endocrinology. Along the way, Gorski came under the wings of famed scientists Dr. Elwood Jensen, who isolated estrogen receptors and discovered their importance in breast cancer, and Dr. Gerry Mueller, the primary pioneer in bringing molecular biology to the study of hormone action.

“Our first important finding was that much of the estrogen that was bound in the target tissues—in this case the rat uterus was our model system—was associated with nuclear fractions and appeared to be nuclear-bound,” Gorski said in a 2000 interview, alluding to the fact that even his work could not have happened without the luminaries before him. “Coupled with some of the previous work from Mueller’s lab indicating estrogen effects on gene expression in the nucleus, the finding of an estrogen receptor in the nucleus led us to focus on the genome and effects of steroid hormones on gene expression. We followed up on their studies, and pretty much the rest of my scientific career was devoted to trying to extend their work and working out the details of those mechanisms.”

Jack Gorski’s outstanding contributions in biology brought him recognition from his peers. He received the Ernst Oppenheimer Memorial Award of The Endocrine Society in 1971 for early recognition of his outstanding work on the mechanisms of action of the estrogen receptor, and, in 1986, he received the Gregory Pincus Medal and Award. He was elected as a fellow of the American Academy of Arts and Sciences in 1986 and a member of the National Academy of Sciences in 1993. Based on his distinguished leadership in research, teaching and the training of scientists, The Endocrine Society honored Gorski with the Robert H. Williams Distinguished Leadership Award in 1987, the Fred Conrad Koch Award in 1995 and the Women in Endocrinology Mentor Award in 2001.

Work by Gorski broadened medicine’s understanding of the function and influence of estrogen receptor-ligand interaction, providing important groundwork for today’s use of hormone therapy to treat breast cancer. His research helped doctors and clinicians of today understand how estrogen interacts with its protein partner or receptor, and how the two together regulate cell functions such as growth. This would directly influence the development of Tamoxifen and aromatase inhibitors, two of the most potent breast cancer drugs on the market (and, in the case of aromatase inhibitors, gynecomastia in men).

Your ticket for the: Hormone Therapy: Influencing Breast Cancer Treatment and Beyond