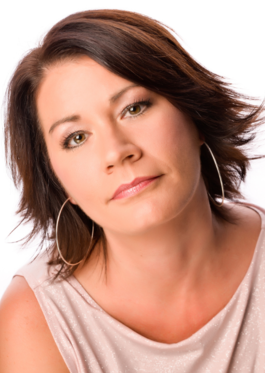 Being given a devastating diagnosis doesn’t have to mean your life is over and Tara Dunsmore is proof of that. Diagnosed with breast cancer at the age of 39, she was aware of what the prognosis was: not good. As a nurse she had seen firsthand the toll cancer takes on people. Initially, she thought the doctors must be confused. She had no family history and no signs or symptoms of the cancer, but a biopsy later offered confirmation.

With a racing heart and shaking hands, Tara began to do research on the various treatment paths for breast cancer patients. She read every medical book she had, researched online and prayed and talked with family about the right treatment path. After carefully and extensively weighing various choices, Tara decided to have a bilateral mastectomy and, if possible, immediate reconstruction.

I wanted those toxic breasts off and I wanted to live,” Tara says. “I wanted to be aggressive, to feel like I had some control of my body.”

The morning of March 13, 2012, two days before her surgery, the breast surgeon called to reschedule because of insurance issues. Tara was devastated. The same day, she received the horrific news that her father was dying. She traveled to his home over 500 miles away to be by his side. He passed away a few days later on his 62nd birthday.

Driving back to her home in North Carolina to plan her father’s funeral, Tara’s breast surgeon called again. The new plan was to do a lumpectomy and reschedule the bilateral mastectomy for later. Feeling helpless and powerless over her own body, she reluctantly agreed.

The day of her operation Tara woke up in the recovery room to find the surgeon had implanted rods for radiation. The cancer had advanced to invasive ductal carcinoma, high grade. After an intense conversation with her breast surgeon about her body, life and choices, they scheduled a date for the bilateral mastectomy.

Months after her mastectomy, Tara’s plastic surgeon talked to her about areola, 3D tattooing—a special artistic process for women who have lost their breasts to cancer. She searched for months looking for an expert artist. Sadly, there wasn’t one to be found in the state of North Carolina. Giving up, Tara decided to have the procedure done by someone who had limited resources, but did the best she could.

“She gave me three options: chocolate brown, bubble gum pink or nude. I almost fell out of the chair, are you kidding me? This is my last hoorah?” Tara recalls. “Survivors deserve more! Survivors deserve the best. Therefore, I deserved the best. That’s when my life changed.”

Tara decided she was going to train with the best areola tattoo instructor she could identify. Formally trained as a nurse, she traded one needle for another!

“When they handed me that tattoo pin, I knew this was my purpose, my gift, my answer to ‘why me?’ God had a higher meaning for my life and I was ready to live it,” exclaims Tara.

In April of 2014, Tara’s company, Pink Ink Tattoo, was established in Raleigh to give all survivors the choice for a more realistic looking areola, 3D nipple tattoo. Since then, the company has expanded to four states and its founder travels to reach survivors who may not be able to reach her.

Tara works with plastic surgeons across the country and has been nationally and internationally recognized. She has produced a live stage show featuring 10 female breast cancer survivors which aired in over 142 countries and was featured in the October 2017 issue of O, The Oprah Magazine.

“The power of survivorship starts within ourselves. I give back every chance I get and I give to other women hurting just like I did.” Tara states. “Today, I have the opportunity to give survivors that finishing touch to the long, emotional journey of breast cancer, restoring their confidence and helping them feel whole again.”

The areola 3D tattooing procedure has come a long way and has grown in popularity. More tattoo artist and permanent make-up practitioners are starting to offer this type of service. Tara’s advice to fellow survivors is that they should do research on the artist, and ask such questions as:

Today, Tara is a nurse, mom of three beautiful children, wife, kidney donor to her sister (yes, she even donated a kidney along the way!), a Certified 3D areola tattoo artist. Most of all, she’s a survivor. And today, she says that she wouldn’t trade her life for any other road she could have chosen to travel. She is right where she belongs.

Your ticket for the: Faces and Voices of Cancer—In Depth: Tara Dunsmore