Ejaculation and a Reduced Risk of Prostate Cancer? - NFCR 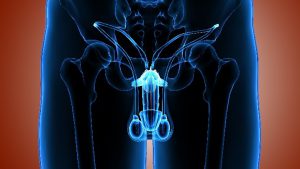 A recent study concluded a positive correlation between frequent ejaculation and a reduced risk of prostate cancer. Research has suggested this relationship for years, but a 2016 longitudinal cohort study surveyed nearly 32,000 men across several age groups for 18 years.

The study, which was the largest sample size to ever test this hypothesis, concluded that men who ejaculate over 20 times per month were on average 20% less likely to develop prostate cancer. More importantly, the study reported that as ejaculation frequency increased, rates of prostate cancer decreased.

Despite the nature of these findings, there are several unknowns and limitations that must be addressed. Most notably, this study relied on the men to self-report their sexual history and ejaculation frequency, leaving tremendous room for error due to potentially inflated responses. The survey also combined all experiences of orgasm, including wet dreams, masturbation, and sexual intercourse. This may have influenced the study because the ratio of sperm to chemicals in ejaculate has been found to alter depending on the stimulus. However, the study did make a point to adjust for lifestyle behaviors and other important elements, such as Body Mass Index, sexual history and vasectomy history.

Although this study does not prove that ejaculation prevents cancer, it does indicate an interesting correlation that has many researchers pondering the underlying mechanism.  Why might ejaculation be associated with a reduced risk of prostate cancer?

The study proposed several potential answers. One was that ejaculation may suppress the sympathetic nervous system by relieving tension and slowing “the stimulation of prostate epithelial cell division.” However, more research needs to be done in order to truly unveil the mechanism behind why frequent ejaculation could potentially protect men from prostate cancer.

Your ticket for the: Ejaculation & Prostate Cancer