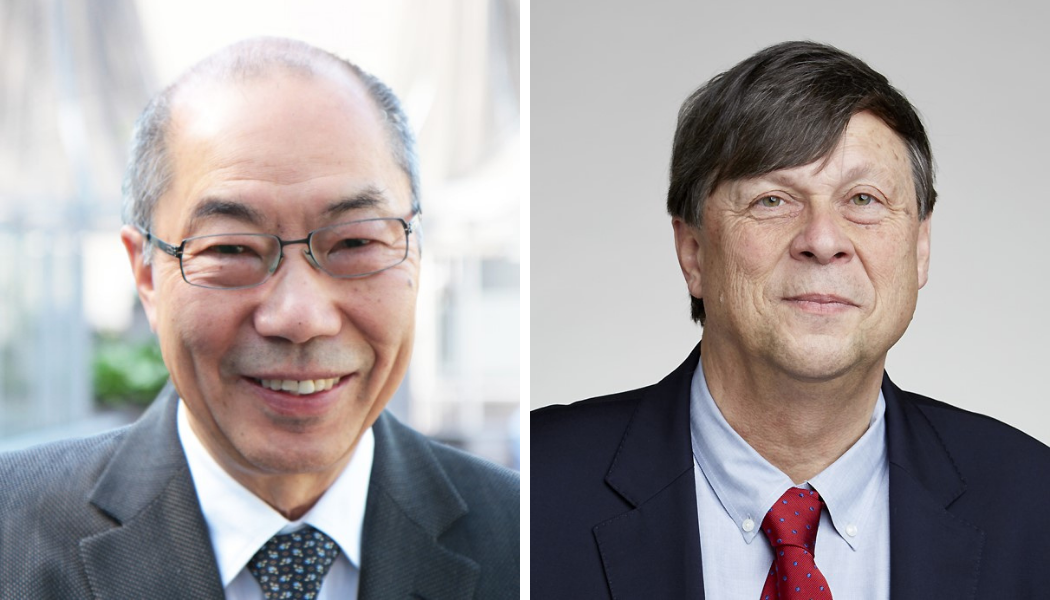 ROCKVILLE, MD – The National Foundation for Cancer Research (NFCR) announced today that the 2021 Szent-Györgyi Prize for Progress in Cancer Research will be awarded to Tak W. Mak, Ph.D., senior scientist at the Princess Margaret Cancer Centre and university professor at the University of Toronto, and Mark M. Davis, Ph.D., professor of microbiology and immunology at the Stanford University School of Medicine, for their breakthrough discoveries of the structure of T-cell receptor (TCR) and pioneering research in deciphering the mechanisms of T-cell recognition and development. These discoveries have formed a critical part of contemporary immuno-oncology and the molecular foundation for life-saving CAR (chimeric antigen receptor) T-cell therapies, a novel T-cell-based immunotherapy approach already approved by the U.S. Food and Drug Administration (FDA) for the treatment of several types of blood cancer.

In March 1984, Mak was the first to molecularly clone the human gene encoding the TCR β chain. At the same time, Davis published the cloning of the murine TCR gene. These combined discoveries marked the beginning of a new era, making prior-to-which elusive cell-based immune-therapy a medical reality and effective new form of cancer treatment. Since then, both Mak and Davis have also made several other important and often complementary contributions in the fields of immunology, cancer biology and cancer therapy.

Based on the structure and biology of TCR and the mechanisms of T-cell recognition and development discovered by Mak and Davis, a disruptive novel approach called CAR T-cell therapy was developed by designing molecular changes to the external domain of a patient’s own TCR. This causes the engineered CAR T-cells to be able to recognize specific molecules on the patient’s tumor cells and mount stronger attacks against them. The remission rates of CAR T-cell therapies in certain cancers are much higher than other available treatments, and these CAR T-cell drugs have been approved by the FDA for the treatment of several hematopoietic malignancies, including lymphomas and leukemia.

Both Mak and Davis are continuing to make research progress. They are also collaborating to develop novel approaches for designing and producing TCRs that are highly specific in recognizing the neoantigens mainly appearing on the tumor cells of non-blood cancers. Their research efforts will bring increased clinical benefits not only to blood cancer patients but also to patients with solid tumors.

“The Szent-Györgyi Prize recognizes scientists who have enhanced our understanding of cancer,” said Susan Band Horwitz, Ph.D., chair of the 2021 Prize selection committee and winner of the 2020 Szent-Györgyi Prize. “These two scientists, Doctors Davis and Mak, through their combined efforts to define and exploit the science of the T-cell receptor, have dramatically increased our comprehension of cancer and ability to treat the disease.”

“We would like to see more and continued support to basic cancer research that is the true driving force for the development of novel cancer therapies,” stated Sujuan Ba, Ph.D., co-chair of the 2021 Prize selection committee and president and CEO of NFCR. “What Mak and Davis have achieved is an outstanding example of how the discoveries made from basic cancer research can lay a solid foundation for the further development of life-saving clinical applications.”

“It is indeed an honor to receive this prestigious award for our basic research on the T-cell receptor,” said Dr. Mak. “Although our research helped in the development of T-cell based immunotherapy against certain blood cancers, identification of molecular targets specific for solid tumors is just beginning, and I hope our continued research around the TCR could lead to better cancer therapies in the future.”

“We are thrilled and proud to be selected as the winners for the Szent-Györgyi Prize,” said Dr. Davis. “As a scientist, the best reward to me is to see that the knowledge uncovered by research in my laboratory has been successfully applied to developing advanced therapies that have brought benefits to so many cancer patients.”

Doctors Mak and Davis will be honored at an award ceremony in October 2021 in the greater Washington, D.C., area.

The Szent-Györgyi Prize for Progress in Cancer Research was established by the National Foundation for Cancer Research in honor of its co-founder, Albert Szent-Györgyi, M.D., Ph.D., recipient of the 1937 Nobel Prize for Physiology and Medicine. The award recognizes outstanding scientists who have expanded our understanding of cancer and cancer causation; whose vision has moved cancer research in new directions and whose discoveries have led to advances in cancer prevention, diagnosis or treatment. Its past recipients (and their associated institutions at the time of the award) are:

The National Foundation for Cancer Research (NFCR) is a 501(c)(3) non-profit organization that provides scientists in the lab the funding they need to make and apply game-changing discoveries in cancer treatments, detection, prevention and, ultimately, a cure. NFCR has distinguished itself by emphasizing long-term, transformative research often overlooked by other major funding sources and/or deemed too risky. Since its establishment in 1973, NFCR has provided more than $390 million for cancer research and public education. For more information, visit http://www.nfcr.org.

Your ticket for the: 2021 Szent-Györgyi Prize Awarded to Pioneering Research Duo Who Have Paved the Path to Life-Saving T-Cell Receptor-Based Cancer Immunotherapies