In Loving Memory of Robert Ringdahl

In the words of his loving wife, Rose Wang 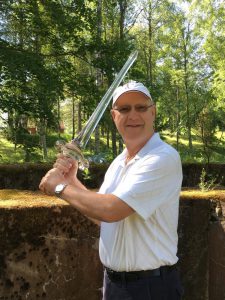 Robert Ringdahl was taken to the ER on Jan 31, 2019 for stroke like symptoms. Instead, he was found to have metastatic lesions in his brain and lungs. He underwent brain surgery on February 5th and was diagnosed with Stage VI Melanoma. In the immediate months after the brain surgery, he had standard, single agent immunotherapy infusion once a month and also received CyberKnife radiation therapy to the brain. In May, the tumors in his brain were found to be all shrinking, which gave us a rare opportunity to enjoy life, which Robert had a zeal for. We went to Costa Rica for a wonderful vacation and enjoyed time with great friends and family over Scotch and delicious meals. Unfortunately, the scan in June showed the cancer had spread to his GI tract. So we switched to Targeted Therapy drugs that are supposed to keep the disease at bay for 8-9 months on average.

Alas, drug resistance kicked in two months later. At this point, we sought a second opinion and decided to give dual agent immunotherapy a try. The window was narrow but we had to try because we were running out of options. The side effects came on very strongly shortly after the first treatment and they set off one ER visit after another. After the second treatment, Robert got so weak from chronic GI bleeding (because Melanoma tumors are very vascular), he was hospitalized on September 20th. We almost lost him at the end of September due to complications. At that point, the oncologist declared the dual-agent immunotherapy did not work and switched back to the Targeted Therapy drugs in hopes that they would work a while after a drug holiday. Indeed, he woke up from a deep delirium miraculously.

Ultimately, we got a month of life extension from this last treatment and what a precious gift that was. Even during his last week on earth, I was searching frantically for another treatment. I attended the 2019 NFCR Scientific Symposium where I met a scientist from Harvard who is collaborating with a clinician at Dana Faber on a vaccine to treat advance cancer patents like Robert. It gave both of us hope, however momentarily that was.  We quickly learned from the doctors that he did not qualify for the trial due to the fact that his liver was failing already. After spending a weekend with his kids and grandkids, and our wedding anniversary, he passed away peacefully on November 4, 2019.

We will miss Robert dearly, and are even more determined to continue his vision and dedication to those affected by cancer. Donations in his memory toward further research into cancer research can be made here.

Donate in His Memory

Your ticket for the: In Loving Memory of Robert Ringdahl

In Loving Memory of Robert Ringdahl