All in Moderation: The Power of Exercise and Diet Choices - NFCR Blog

All in Moderation: The Power of Exercise and Diet Choices 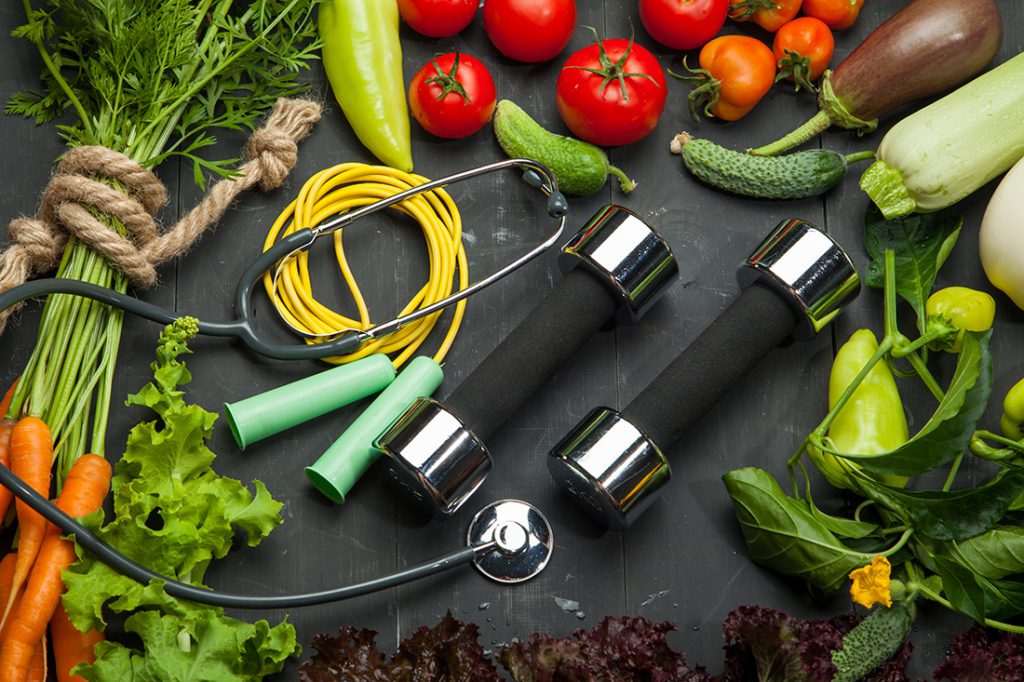 In 2018, there will be an estimated 1.7 million new cases of cancer in the United States. Over 600 thousand people will die from the disease. Over $140 billion will be spent for national cancer care. With all of this being said, over 70% of all cancers have their roots in environment and lifestyle. Less than 10% are of purely genetic origin. It is clearly possible to reduce cancer prevalence. But only if there is a large scale effort based on understanding and consistent determination.

It’s often assumed that the inherent intensity of an illness reflects the amount of energy required to prevent it. This assumption can make even the prospect of trying to prevent cancer overwhelming. In doing so, it can scare people into apathetic behavior by deeply intimidating them. On the other extreme, it can produce over-the-top, fear-based behavior that could be best summarized as a frantic adoption of speculative and even extreme practices. In reality, risk of the disease can be powerfully mitigated through dedicated, consistent and moderate lifestyle improvements involving sustainable shifts in diet and exercise.

The ways in which people live stem from what they believe about themselves and the world around them. A change in lifestyle, therefore, requires a clear shift in self and world understanding. As a result, philosophy of approach is an important area to illuminate when seeking lifestyle change. It can help guide and inform intelligent behavior change.

Approaching wellness can be motivated through fear and oriented around the “problem”; or, it can be guided by a growth mindset and oriented around the solution. When it comes to cancer prevention, the “problem”, quite obviously, is cancer development. Conversely, the solution is not “non-cancer”, since “non-cancer” isn’t a clear standalone state. Instead, the solution is health. This perspective can provide a major shift in outlook and, then, behavior.

Perspective can shift from being overwhelmingly cancer-focused, where a deep understanding of cancer is required for its prevention, to something much more reasonable and intuitive. In addition, this broad approach allows lifestyle improvement to interact with many common diseases, and not just cancer. Heart disease, for example, is a common comorbidity with cancer. By aiming for health, many diseases, like heart disease, can be prevented.

There are two high payoff areas of lifestyle that have the potential to yield significant health improvements: exercise and diet. Exercise has been shown to interact with cancer development in many important ways. People who exercise regularly are up to 24% less likely to get certain cancers. This is largely due to metabolic improvements via the phenomenon called adaptation. This principle states that the appropriate amount of particular stressors will provoke the body to change in order to become more resilient to that stressor in the future.

The stressor called “exercise” demands high levels of energy production within respiratory, skeletal and cardiac tissue. This challenges the whole metabolic system by challenging energy production, mobilization and transportation within the body. In doing so, it promotes efficiency of glycogen synthesis, storage and utilization and, therefore, elevates the functional capacity of respiratory, cardiac and skeletal tissue. Along this process, it helps to normalize insulin, estrogen, and growth hormone levels. Exercise also provides chemical modulating effects which are primarily anti-inflammatory, immuno-protective and, even, animal studies have shown, anti-cancer. For example, a recent study with mice populations showed that exercise increased immune cell transport to tumor cells, ultimately reducing tumor incidence and growth by 60%.

The U.S. Department of Health and Human Services recommends that adults perform at least 2.5 hours of moderately intense aerobic exercise or 1.25 hours of vigorously intense exercise per week.

As to diet, moderating food intake, in general, seems to be one of the best health-producing strategies. But eating less can be very challenging. Especially given that dietary behavior is largely impacted by emotion and habit. Many of the inherent challenges can be mitigated by making small, slow behavioral shifts which are rooted in understanding. It is helpful to identify your precarious hours of the day and to be well-fed during these personally risky hours and locations. For example, if binging tends to happen at 8:30 PM, it will be important to have a satiating snack at 7:45 PM. Through intentional and well-planned action, it is possible to make sustainable dietary changes.

It may not be glamourous or make for a good headline but the reality is that lifestyle change for cancer risk mitigation is best when it is sustainable, consistent and oriented around improving whole body health. Health emerges when exercise is appropriate and consistent, and when eating is moderately controlled.

Your ticket for the: All in Moderation: The Power of Exercise and Diet Choices

All in Moderation: The Power of Exercise and Diet Choices