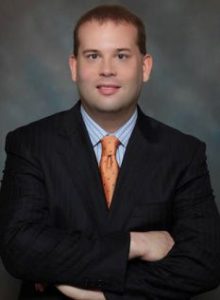 Mr. William Werkmeister, also known as Bill, is a Founding Partner of the International Cancer Impact Fund, and in charge of the fund operations, organization, and capital raising efforts.  He is a serial social venture capitalist and social entrepreneur. In addition to ICIF, Bill manages a private-holding company of social ventures which he founded in cleantech, media, and healthcare, and runs private equity for the ARCHNOVA family office.

​Bill started his career as an investment banker at Salomon Smith Barney and Citigroup Global Markets, where he worked in corporate investment banking and structured finance.  While at Salomon and CITI, Bill worked on over 14 structured transactions totaling $7.0 billion for Fortune 500 clients, as well as several marquee M&A transactions. Bill was then recruited by Newtek (NASDAQ: NEWT), one of the first publicly-traded venture funds, where he was Vice-President of Fund Capital Raising and Head of Securitization, Trading, and the Treasury at its SBA-lender, one of the largest non-bank SBA lenders in the country.

​Bill serves as the Founding Partner at Wheaton Ventures, LP. Bill is an Advisory Partner and VP of Business Development and Finance at Calton Hill Capital, a private holding company which establishes and develops socially-beneficial and cash flow durable companies. Bill currently or has previously served on the Board or Advisory Board of the National Foundation for Cancer Research, the AIM-HI Cancer Fund, Immunicom, NexGen, VerdeEn, The Children’s Aid Society, and Houston Achievement Place.  Bill has been published in or appeared on: Fox News, Fox Business, The Huffington Post, The Harvard Kennedy Review, Bold, among others.

Your ticket for the: William Werkmeister