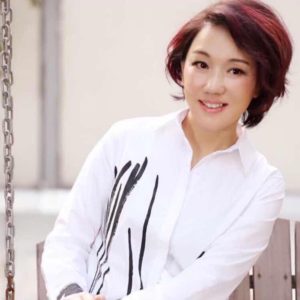 Robin is a mezzo-soprano singer whose tone is described by the industry as “crystal-like” with the experience as in international singer. Her repertoire ranges from modern, classical, oriental and western styles. She has held concerts at the Kennedy Center, Lincoln Center, the United States, Europe, Russia and the Far East.

Robin graduated from the China Conservatory of Music and has a master degree in music from the University of Maryland. In 1999 she made her debut in Russia and she performed successfully in the Rachmaninov Hall in Moscow. In 2000, she held personal solo concerts at the Shanghai Grand Theatre and the Hangzhou Concert Hall. In 2007, she returned to her home country and became a visiting professor at the Anhui Institute of the Arts and a music director of the Oriental Symphony Orchestra. She played a leading role in the “Country Teacher Performance Art” world drama held by the China National Performing Arts Center. This is the dream of every singer. In addition to concert performances, she is also the founder of the International Women’s Choir in the Beijing International Community.

Your ticket for the: Robin Wang