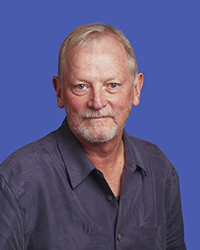 Dr. Frederick Alt received his Ph.D. in Biology from Stanford University in 1977 where he worked with Robert Schimke. He moved to MIT for postdoctoral work with David Baltimore, where he helped elucidate basic principles of recombination in the immune system. Dr. Alt moved to Columbia University in 1982 as Assistant Professor of Biochemistry. He became Professor of Biochemistry and Molecular Biophysics in 1985 and HHMI Investigator in 1987. In 1991, Dr. Alt moved to Boston Children’ Hospital (BCH) and Harvard Medical School as a Professor of Genetics and HHMI Investigator. He also became a Senior Investigator at the Immune Disease Institute (IDI). He was appointed Charles A. Janeway Professor of Pediatrics in 1993, Scientific Director of IDI in 2005, and Director of the Program in Cellular and Molecular Medicine (PCMM) at BCH in 2008. He also became President of IDI in 2010 and continues to serve as director since the merger of IDI with BCH, where it remains the PCMM.

Dr. Alt has been elected to the National Academy of Sciences, the Institute of Medicine (National Academy of Medicine), the American Academy of Arts and Sciences, and the European Molecular Biology Organization. His cancer biology awards include the American Association of Cancer Research Clowes Award, the Pasarow Foundation Prize for Extraordinary Achievement in Cancer Research, the National Cancer Institute Alfred K. Knudson Award for “Pioneering Contributions that Revolutionized the Field of Cancer Genetics”, the Leukemia and Lymphoma Society de Villiers Award, The Katharine Berkan Judd Award from Memorial Sloan Kettering Cancer Center, the Albert Szent-Gyorgyi Prize for Progress in Cancer Research from the National Foundation for Cancer Research, and the American-Italian Cancer Foundation Prize for Excellence in Medicine. His immunology awards include the American Association of Immunologists (AAI) Huang Meritorious Career Award, the Cancer Research Institute (CRI) Coley Award, and the Novartis Prize for Basic Immunology. More generally, he has also received the Arthur Kornberg & Paul Berg Lifetime Achievement Award in Biomedical Science and the Lewis S. Rosensteil Prize for Distinguished work in Biomedical Sciences. Dr. Alt serves on numerous editorial boards and is Editor in Chief of Advances in Immunology. He also serves on many national and international advisory boards and is currently Chair of the Scientific Advisory Committee of the Cold Spring Harbor Laboratory. Dr. Alt has mentored over 100 students and research fellows, many of whom have become leaders in immunology, genetics, or cancer biology and he received the American Association of Immunologists Excellence in Mentoring Award and the Willam A. Silen Award for Lifetime Achievement in Mentoring from Harvard Medical School. The Cancer Research Institute of New York annually presents the Frederick W. Alt Award for New Discoveries in Immunology.

Your ticket for the: Frederick W. Alt, Ph.D.