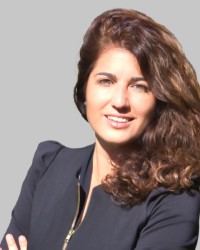 Cristina Campabadal is the founding President and CEO of the CCS Finanzas, a financial services firm, helping high net worth Latam and Iberian families with their investments and wealth since 2017. She currently serves as columnist at Yahoo Finance USA-Latin America-Spain writing about the financial industry and global investments.

With 15 years of experience in the financial industry (7 years in US) and before create her own company, Cristina joined an American Multi Family Offices in 2015, and serves as a Relationship Manager in Miami. Before this, she worked in a Spanish Multi-Family Office as a Manager of Latin America and Director of Development. She also worked as a Financial Advisor at Banco Santander International Private Banking in Miami, serving high net worth clients from Latin America. She started her career working at a Spanish Bank from 2004 to 2010 in Barcelona, Spain, where She was born.

Your ticket for the: Cristina Campabadal