About The Salisbury Family - NFCR

About The Salisbury Family 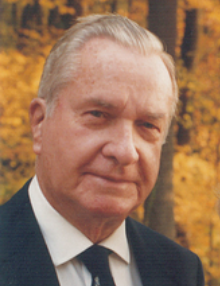 Franklin C. Salisbury, Sr., was a lawyer and entrepreneur who promoted scientific advances in cancer research and rocketry. He was best known for having founded the National Foundation for Cancer Research, which he formed with the Nobel Prize winner Albert Szent-Györgyi in 1973, to fund innovative basic-science cancer research. Mr. Salisbury served as NFCR’s president and chief executive officer until 1997.

For his work in promoting medical research, Mr. Salisbury received honors from the Medical University of Debrecen in Hungary, the University of Wales and the International Society of Quantum Biology. He became one of only five recipients of the University of Turin’s Medal of Merit in a century, and was awarded the Order of Leopold by the Belgian king.

Mr. Salisbury was also a founding director of the International School of Law in Virginia, now George Mason Law School. In addition, he was a co-founder of the Atlantic Research Corporation and Orbit Industries. Atlantic was a leader in developing solid-rocket fuels, and Orbit is credited for inventing the telephone intercom.

Mr. Salisbury worked for the Federal Communications Commission in Washington, DC, before heading a legal office as an Army major in the Ordnance Corps during World War II. He also worked on the Manhattan Project which developed the atomic bomb. Still in government service, Mr. Salisbury took on legal assignments in Rio de Janeiro and at the Department of the Interior’s Bureau of Indian affairs until 1961. From 1963 to 1972 he was general counsel of Americans United for the Separation of Church and State.

Born in Cleveland, Mr. Salisbury was a 1932 graduate of Yale College and received a law degree in 1937 from what is now known as Case Western Reserve University, where he was elected to the Order of the Coif. He passed away on March 12, 1997. 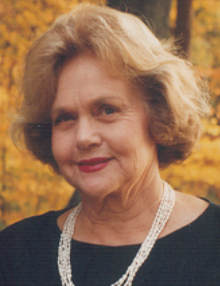 Tamara P. Salisbury, a research chemist, helped her husband, Franklin Salisbury, and Nobel Prize winner Albert Szent-Gyorgyi, found the National Foundation for Cancer Research in 1973. She served as NFCR’s chief operating officer until her retirement in 2003.

Mrs. Salisbury spent her early career at the Office of Naval Research. Thereafter, with NFCR, she, her husband and Dr. Szent-Györgyi created and led the organization—funding laboratories conducting basic science cancer research and sharing generated ideas with the world’s brightest minds into the disease.

Mrs. Salisbury is recognized for reaching out and raising grassroots support of NFCR’s scientific research programs. She was decorated in Belgium with the Order of Leopold II for her work in cancer research.

Mrs. Salisbury had a multifaceted career in the non-profit sector and was a director of the Washington Animal Rescue League in Washington, DC. Born in New York City, she was a 1948 graduate of the College of Notre Dame in Baltimore. Mrs. Salisbury passed away on November 12, 2013. 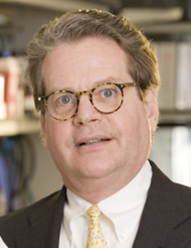 Franklin C. Salisbury, Jr., has a background in economics, law and religion. He has spent his career fostering innovative collaborations with experts in different fields so they might work together to address and solve acute social, healthcare and environmental issues.

From 1997 to 2018, Mr. Salisbury served as CEO of the National Foundation for Cancer Research, where under his leadership the organization grew to become a catalyst stimulating the kind of “disruptive innovation” necessary to accelerate new approaches to preventing, diagnosing and treating cancer. Many of the strategic research initiatives developed by NFCR under his tenure have become global platforms facilitating basic and translational cancer research, as well as transforming disease prevention, diagnostics and care.

Mr. Salisbury is also the founding chairman of the board of the Asian Fund for Cancer Research. Headquartered in Hong Kong, the organization has better enabled cancer researchers in Asia to pool resources, accelerate laboratory discoveries and reduce costs of achieving cancer breakthroughs, especially for those forms of the disease most prevalent in the region.

In 2018, Mr. Salisbury co-founded AIM HI Translational Research, a 501(c)(3) accelerator fund which provides university-based oncology start-ups with funding to bridge the “Valley of Death.” AIM HI Translational Research supports a virtual pipeline of cancer therapeutics development, from the discovery phase through several stages of clinical evaluation. The goal is clear: acceleration of regulatory approval and commercialization for new and better approaches to cancer prevention, diagnosis and treatment. To date, nine start-ups have been launched to commercialize research discoveries for new technologies.

Mr. Salisbury served as a director of the Yale Club in Washington, DC, from 2015 to 2018, and he currently serves on the board of directors of CASI Pharmaceuticals. He received his B.A. from Yale College in 1978, and in 1985 graduated with an M.Div. from the Yale Divinity School after being awarded a fellowship to study for the ministry at the University of Chicago, where he received an M.A. in religion. In 1992, he completed a J.D. at the University of Georgia School of Law.

Support Innovative Cancer Research in Honor of the Salisbury Legacy

Your ticket for the: About The Salisbury Family

About The Salisbury Family