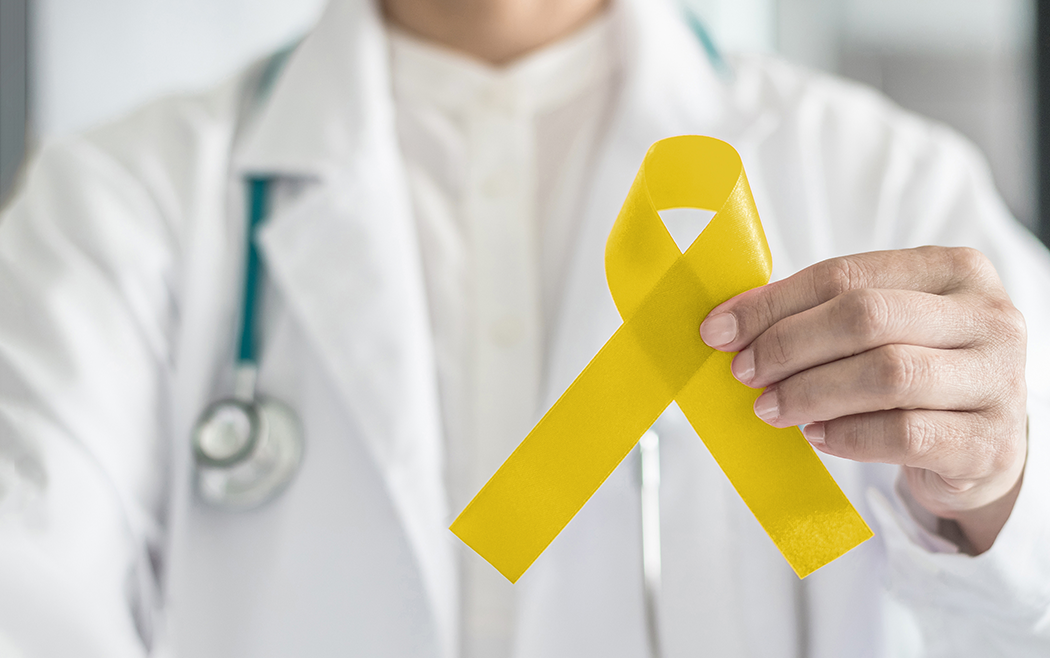 The yellow ribbon has many important meanings, including support for our troops, suicide prevention and the fight against bone cancer, bladder cancer, liver cancer and sarcoma.

Sarcoma is a rare but deadly form of cancer affecting connective tissues such as fat, muscle, blood vessels, nerve, bone, deep skin and cartilage. There are roughly 15,000 new cases in the United States each year, with a very low median age of 36 (for bone sarcomas). Survival rates are low, even in comparison to other rare cancers. Rhabdomyosarcoma, a relatively common sarcoma, has a five-year survival rate of 65%, even if caught before metastasis. If caught after metastasis, the five-year survival rate lowers to approximately 30%. This is all to say that while sarcomas are rare, they are extremely devastating.

Sarcomas are a diverse and sporadic group of tumors that have minimal hereditary influence. They are generally classified into two major groups; the group of tumor-specific reoccurring genetic mutations via specific and aberrant chromosome translocation, and the group of non-reoccurring mutations which are based on severe genetic and chromosomal instability. Both groups have altered cell growth-factor signaling pathways. As a result, the introduction of drugs which can normalize growth-factor receptors and proteins are of great interest and the primary treatment given. With improvements in these drugs, it is believed that sarcoma can move from a deadly disease to a chronic but non-life-threatening disease.

Unfortunately, the specificity of the first group of sarcomas, where specific chromosomes are improperly translocated, can often permit the sarcoma to prevail after standard treatment. This is obviously problematic but, if overcome, could spark the development of a whole new field of cancer treatment. In other words, if scientists can discover how to isolate and guide specific chromosomal arrangement, they will able to address many of the hard to treat cancers of today.

With genetic engineering it is theoretically possible to prevent cancer before it begins. However, even without moving this far into the future, the improper chromosomal translocation can provide a sort of name-tagging of the cancer cell. With the cancer cells identified, it can guide modalities aimed at destroying diseased tissue while sparing healthy tissue.

Sarcoma is an under-researched cancer whose research can help to elevate cancer treatment, as a whole. Not only would breakthroughs save the lives of countless children, it could also advance medicine, as a whole. By bringing awareness to sarcoma and the potential development its research can spark, this potential can become a reality.

Your ticket for the: Sarcoma Awareness Month: Bringing Light to “the Forgotten Cancer”