Rhabdomyosarcoma: The Muscle Cancer That Isn’t 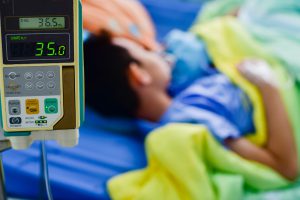 In a proof-positive that cancer research still has miles to cover, a pediatric cancer long associated with aberrant muscle cells has now been found to arise from cells that would normally develop into cells lining blood vessels. Oncologists at St. Jude Children’s Research Hospital researching rhabdomyosarcoma, the most prevalent soft tissue cancer in children, made the discovery earlier this year, publishing their results in the Cancer Cell science journal. Most importantly, this newfound origin is hoped to lead to new insight for a cancer that has seen very little in the way of scientific progress regarding cures.

“We are still using the same chemotherapy that was in use 46 years ago, with the same outcomes,” said Mark Hatley, M.D., Ph.D., of St. Jude’s Department of Oncology. “A better understanding of the machinery of rhabdomyosarcoma could enable entirely new treatment approaches.”

Hatley led a team that spanned the highest levels of academia: Andrew McMahon, then at Harvard University, had genetically engineered a mouse to have a biological switch that enabled researchers to selectively turn on a key piece of cellular machinery called the Hedgehog pathway. Abnormal activation of this pathway was known to trigger cancers. Jonathan Graff at the University of Texas Southwestern Medical Center used this model to study the role of the hedgehog pathway in fat cell development, however the animals developed head and neck tumors. Hatley, along with Rene Galindo, Eric Olson and in collaboration with Graff, determined these tumors were rhabdomyosarcoma. But a fundamental question remained.

“While these tumors appear to be muscle cells under the microscope, and clinicians had thought that they arose from muscle progenitor cells, that didn’t explain why the tumors can occur in tissues that don’t have skeletal muscle, like bladder, prostate and liver,” Hatley continued. “These tumors were not driven by muscle cells at all, so we decided to zero in on the biological machinery to find the cell of origin in these mouse tumors.”

Upon closer inspection, it was found that the cancer was originating in the blood vessels between muscle cells, specifically, cells that would mature into the lining the inner surface of blood vessels. Also found was that the cancer grew at a particularly quick rate in not after birth, but very much before.

“When we studied the mice at the embryonic stage, we saw the cells between the muscle fibers expanded explosively and formed tumors early in development,” Hatley said.

A significant finding was that the tumor cells had characteristic biological machinery that drives development of head and neck muscles, which may help explain why rhabdomyosarcomas tend to occur in the head and neck. More over, Hatley’s team found evidence that a cancer-activating pathway, called KRAS, which can trigger rhabdomyosarcoma, also leads to the development of another kind of cancer called angiosarcoma.

“This finding told us that the tumors in our model depended on activation of the Hedgehog pathway,” Hatley said. “But it also suggested there are likely multiple cells of origin for rhabdomyosarcoma. The different location of such rhabdomyosarcomas may depend, for example, on the cell of origin.”

Now that cancer scientists and researchers have a clear picture of the cellular origin of rhabdomyosarcoma in the lab, the next step is to apply the findings to patients in the general population. But it also teaches scientists to not always stick with first impressions, even those staring back at them in high resolution from under a microscope. The unexpected discovery that rhabdomyosarcoma is not really a muscle cancer may offer broader lessons for researchers seeking the cellular origin of cancers.

“These findings have taught us not to make assumptions about the origins of tumors based on their appearance under the microscope or the genes that are turned on,” Hatley said. “We need to seek a detailed understanding of their developmental biology, an understanding that can guide us to new treatment strategies.”

Your ticket for the: Rhabdomyosarcoma: The Muscle Cancer That Isn’t

Rhabdomyosarcoma: The Muscle Cancer That Isn’t